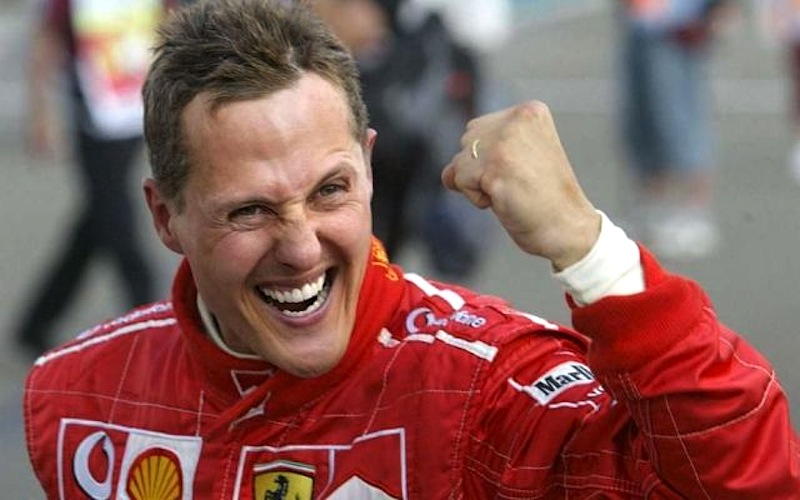 New Netflix documentary will feature the participation of members of the closest family, collaborators from Ferrari’s time and even adversaries.

Motor sports fans will have, next week (15th), access to new information about the health status of Michael sSchumacher, when the Netflix premiere the new documentary about the seven-time Formula 1 world champion.

From what has already been revealed by the American producer, the memorable career of the German driver will be reviewed, since he started at the lower levels until the glory days at Ferrari, but also life in post-car racing, namely the accident who suffered in 2013, during some family holiday in the swiss alps, and that has left him in a vegetative state ever since.

In the documentary excerpts, Schumacher’s wife, Corinna, refers to the pilot’s status in a delicate way. “Everyone misses him, but Michael is still here, different, but it is.”

Although information about the health status of the former German pilot is sparse — the family has struggled to preserve his privacy and dignity — Corina also said that her husband shows her how strong is “every day”.

“We are together. We live together at home. We do therapy. We do everything we can to make Michael feel better and ensure he is comfortable. Also so he can just feel our family, our bonds. Regardless of everything, I will whatever is within my reach. We all will. We’re trying to continue as a family, the way Michael would like and still enjoys. We are moving on with our lives.”

Corinna still talks about the 19 seasons that her husband competed in Formula 1 without major accidents to record, with the exception of the one suffered at the UK Grand Prix in 1999, in which he broke his leg.

“We were always able to get out of racing safely. That’s why I always believed he had some Guardian Angels that kept an eye on him. I don’t know if it’s a kind of protective wall that is built around us or if we’re just innocent, but it never occurred to me that something could happen to him.”

In addition to Corinna, other members of the Schumacher family are present in the documentary, such as the former pilot’s father, Rolf Schumacher, his brother Ralf Schumacher, and their children Mick — currently also competing in its rookie season for the Haas at the Formula 1 world championship, and Gina. Mick is precisely the author of some of the most moving lines in the documentary.

“After the accident, those family moments with my father ceased to exist. From my point of view this is very unfair,” laments Mick, now 22—14 at the time of the accident. “we would have so much to talk. If it were possible it would be magnificent. I would give anything for that to happen.”

The documentary also counts with the participation of other stars of the queen modality of motorsport such as Sebastian Vettel, Mika Hakkinen, Damon Hill e David Coulthard. The first has been, by the way, the great mentor of Mick Schumacher in his first steps in Formula 1. Jean Todt, current director of the International Automobile Federation, Ferrari team leader in Schumacher’s time and family friend, also gives his testimony in the documentary.