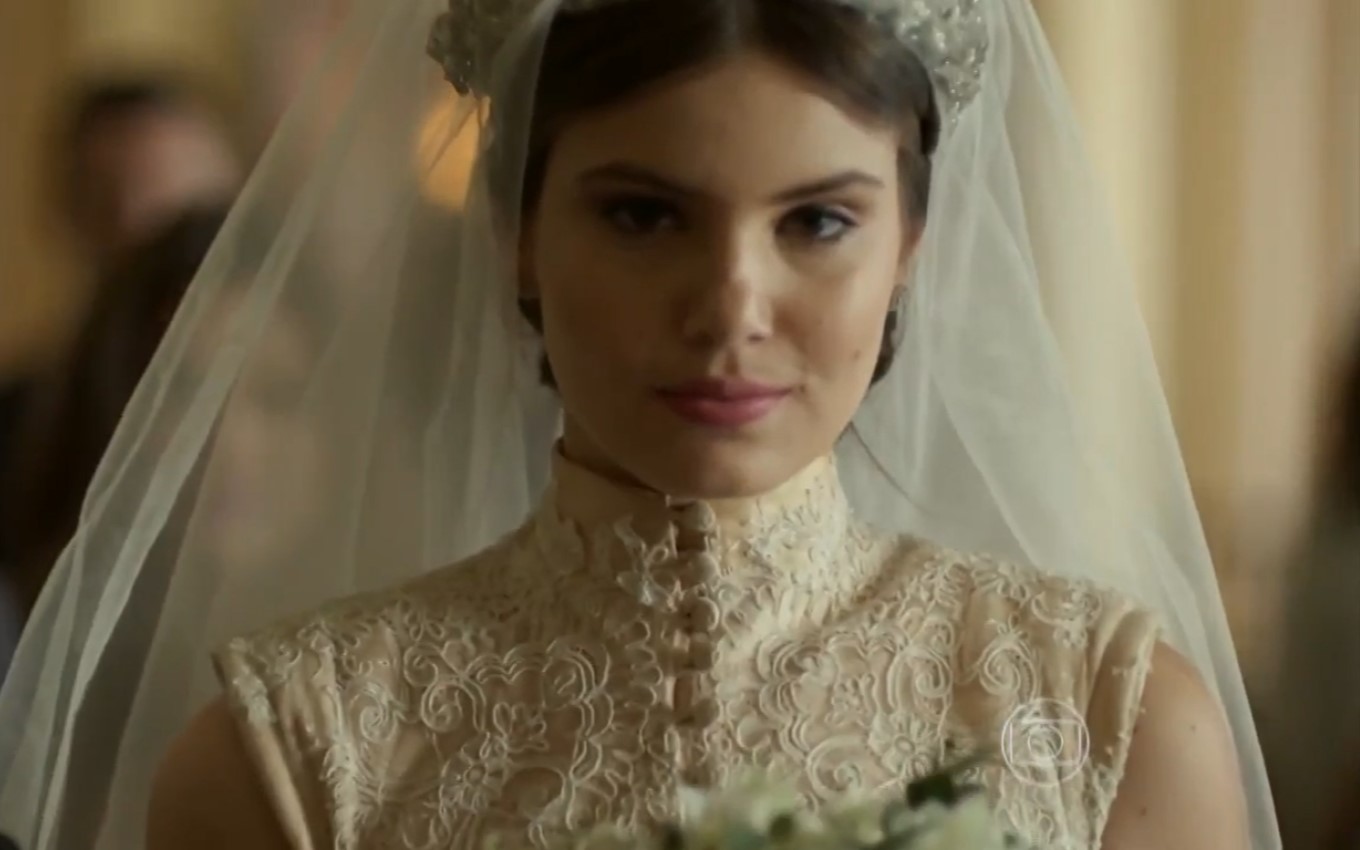 Secret Truths 2 will have a new tragedy in the life of Arlete/Angel (Camila Queiroz) in its first chapter. Her husband, William (Gabriel Leone), will die in a mysterious accident. Next, Giovanna (Agatha Moreira) will accuse the widow of having killed her cousin, as well as murdering Alex (Rodrigo Lombardi), whose body was never found.

Soap opera launched exclusively on Globoplay, Verdades Secretas can be seen in open live for non-subscribers of the platform on the 20th of the month, at 9:30 pm.

The businessman’s heiress and the girl’s former lover will be arriving from Paris, France, where he will have lived in recent years. Suspicious, she will begin investigating the two deaths of the men involved with Angel.

Giovanna will be willing to do anything to put her rival in jail. She is going to hire Cristiano (Romulo Estrela), a charming private investigator, with whom she will become involved. Angel will also have an affair with the detective, who will live as a model to infiltrate the world of fashion and luxury prostitution.

The version that Globo reruns will end in December precisely with Angel marrying Guilherme after killing Alex and throwing the corpse into the sea. In the continuation of the saga written by Walcyr Carrasco, Carolina’s daughter (Drica Moraes) will have become a mature woman, but keeping the same innocent appearance that earned her the angelic nickname.

The young girl will experience financial difficulties, especially when her young child becomes seriously ill. She will then go back to modeling and be willing to go beyond the pink book to pay for the treatment and cure it.

Giovanna, on the other hand, will have gained a lot of life experience after a long season living in Paris. He will need to prove that his former colleague killed his father so that he can take possession of the inheritance. Shamelessly, the rebel will use various tactics to make the rival confess the crime. At the center of this war between the two, Cristiano will have scenes beyond hot with them, thus forming an unusual love triangle.

Who will be in the sequel to the soap opera?

Outstanding characters from the first phase of the story, such as the fun Visky (Rainer Cadete) and Lurdeca (Dida Camero) will continue on the scene. Giovanna’s brother and Alex’s heir, Bruno (João Vitor Silva), and his and the rebel’s mother, Pia (Guilhermina Guinle), will also be in Verdades Secretas 2.

Pia is said to have married and had a child with her former personal trainer, Igor (Adriano Toloza). At the modeling agency, the new owner will now be Blanche, played by Portuguese actress Maria de Medeiros.

Among the main names in the agency’s casting, the public will see Laila (Erika Januza), Matheus (Bruno Montaleone), Vitória (Mayara Russi) and Joseph (Ícaro Silva). International career model, Rhay Polster, debuts in the role of Chiara, one of the best professionals at the agency, and Julia Byrro is also one of the new faces on TV that the soap opera will reveal. She will play teenager Lara.

Grandiose fashion shows will once again be reproduced in the plot, this time with stylist Betty (Deborah Evelyn) leading the events in partnership with Blanche. Another important part of the plot will be the nightclub of Ariel (Sergio Guizé) and Percy (Gabriel Braga Nunes). The telenovela will continue as in the first phase set in São Paulo.

Secret Truths 2 is exclusive to Globoplay. Artistic direction is Amora Mautner. The first ten chapters will be available on the platform right after the launch live on the next 20th.