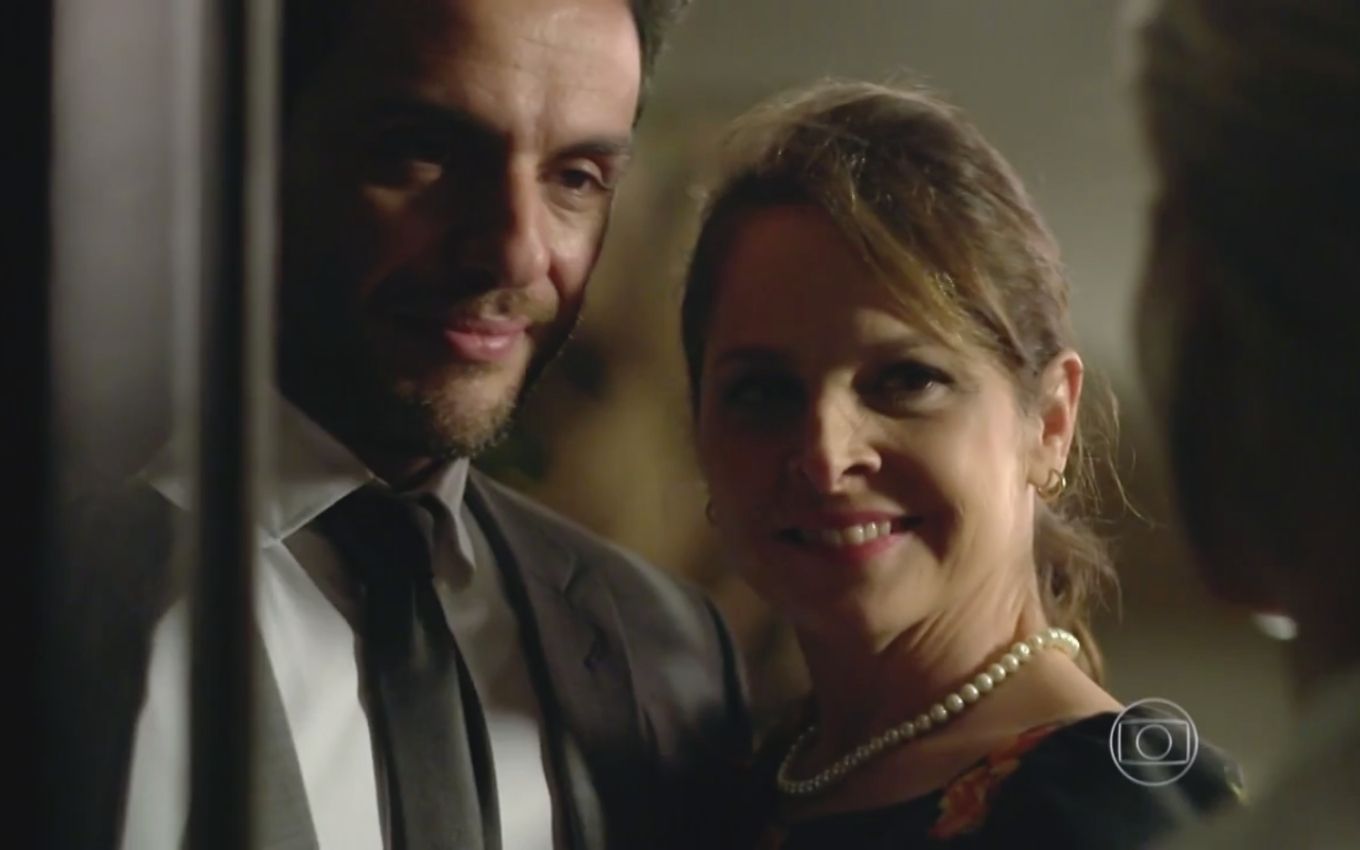 In Verdades Secretas, the engagement of Alex (Rodrigo Lombardi) and Carolina (Drica Moraes) will be embarrassing even for the millionaire’s employees. In Globo’s eleven o’clock soap opera, Angel’s mother (Camila Queiroz) will be embarrassed due to the lack of elegance during the dinner in the businessman’s luxurious apartment.

Next chapters, the owner of Like will promote an event to officially introduce his children to Carolina’s family. Bruno (João Vitor Silva), Giovanna (Agatha Moreira) will be accompanied by Pia (Guilhermina Guinle) and Igor (Adriano Toloza). Hilda (Ana Lucia Torre) will take Osvaldo (Genézio de Barros), and Angel will arrive with Guilherme (Gabriel Leone).

Displaced, Hilda’s daughter will go to the kitchen to offer help to the cooks. “Hello, good night, I’m Carolina,” Alex’s fiancée will introduce herself. “Oh, Carolina? Nice to meet you, I’m the cook at the house and I take care of the doctor’s clothes. Are you in need of anything?”, asked Eunice (Fernanda Eras).

“No, no, I came here just to find out if you are in need of help there with the pot”, will offer Rogério’s ex-wife (Tarcísio Filho). “Imagine! Dr. Alex hired the caterer, they do everything”, the employee will say, seeing the future boss greet all the employees.

“Hello, nice to meet you, I’m the owner of the buffet. Dr. Alexandre is a very special client of mine! So, I hope everything is to your liking”, the contractor will say (the actress has not had her name disclosed). “Everything’s wonderful, I’m just like that, embarrassed, right? A dinner like this and I can’t help at all”, will comment the character of Drica Moraes.

“Dona Carolina, the guests are yours and the doctor’s. They must be missing you,” the house maid will inform. “It’s great. This is cute. I’ll take it. If you need help there, ask,” Angel’s mother will say, taking an aperitif.

As soon as Carolina leaves the kitchen, the employees will distil poison. “It’s this classless one who’s going to marry Dr. Alexandre, isn’t it?”, the cook will laugh. “As far as I know, go. I’m silly,” the clothes ironer will sneer.

In the living room, who will be embarrassed will be Pia, who will also make fun of the union of her ex-husband with the poor woman. “What got into you to marry this corny?”, will criticize Igor’s girlfriend.

“Speak low that she can hear. And you and your personal? You can’t talk about anyone, right”, counteracts the future stepfather of Angel. “I don’t intend to get married,” the blonde will advise. “Of course, you don’t want to lose the pension I pay you. Be quiet and don’t give a guess,” the rich man will order.

“Look, let me give you some advice. You’re getting married, your wife can’t wear a tacky little dress like that and a fake pearl around her neck. You’re a classy, ​​elegant guy. At least give her a shop bath.” will advise Giovanna’s mother.

What happens to Carolina in the end?

On the day of formalizing the union, Alex will break protocol and see Carolina dressed as a bride before the wedding. Superstition will confirm the woman’s misfortune at the end of the novel written by Walcyr Carrasco. Arlete’s mother will have a tragic fate: she will kill herself after discovering her daughter’s affair with her husband.

The union with Carolina is nothing more than a facade for Alex, who will have created the plan to be able to be close to Angel. Obsessed with the nymphet, the hooker addict won’t rest until he’s back with the girl, who will give in to temptation and start having an affair with her stepfather.

At the end of Secret Truths, Carolina will catch Angel and Alex secretly having sex in the apartment where the three will be living. The housewife will be shocked by her daughter’s betrayal of her husband and will threaten them with a revolver.

The betrayed will rehearse shooting Giovanna’s father, but the protagonist will step in front of her lover and say that she loves him. Then the character played by Drica Moraes will go into the room and fire a shot. After the shot, the audience will see that she took her own life.

Originally aired in 2015, Verdades Secretas returned to the air on Globo in a kind of “warm up” for its sequel, which will show the character of Camila Queiroz seven years after the end of the first version shown on open TV. Secret Truths 2 will be released this month on Globoplay