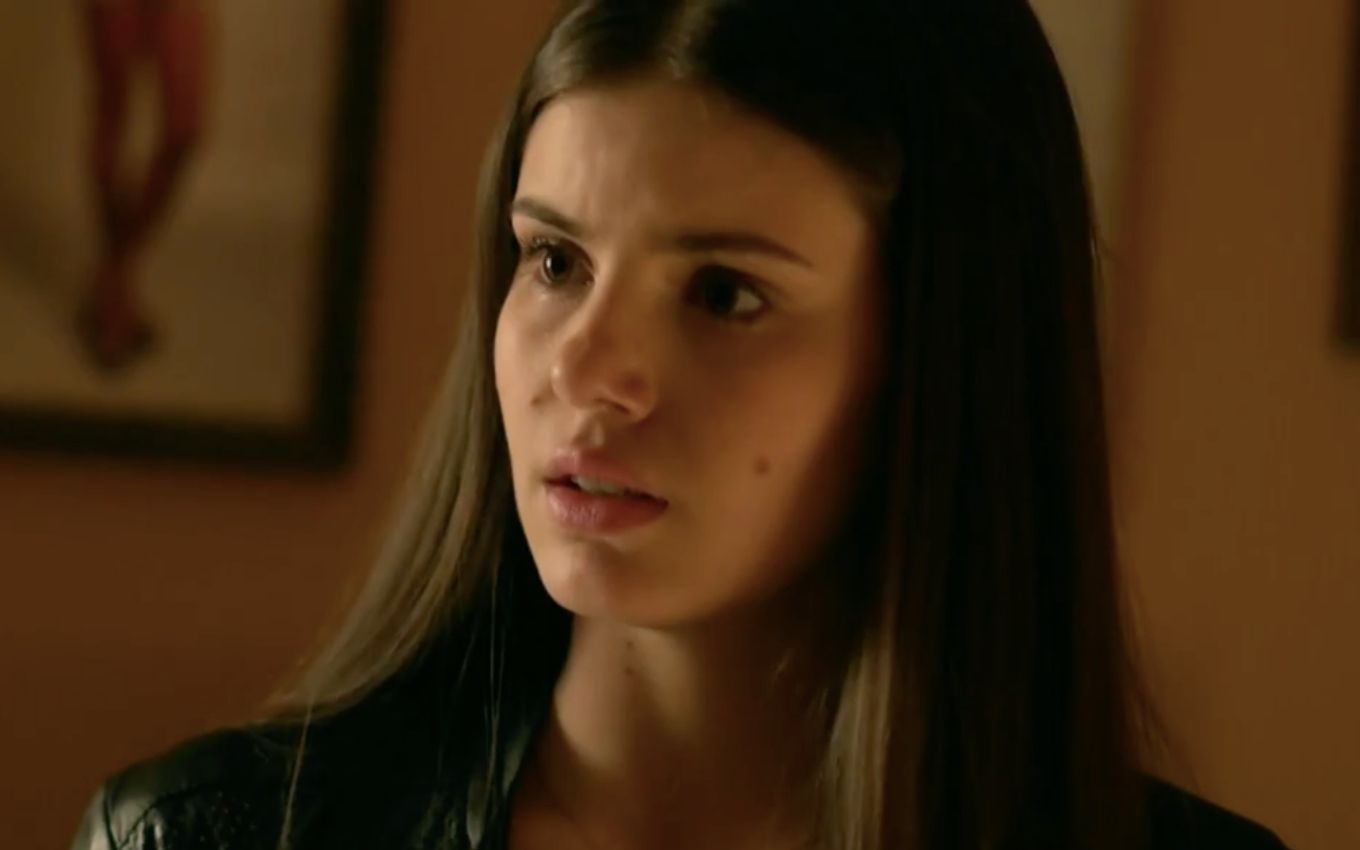 In Verdades Secretas, Angel (Camila Queiroz) will pay dearly for prostitution and will have to face a marathon of humiliation in the telenovela at eleven on Globo. After discovering her granddaughter’s call girl life, Hilda (Ana Lucia Torre) will send the protagonist to her father’s house in the interior of São Paulo, and the teenager will suffer at the hands of her stepmother.

In the scenes that will air from next Tuesday (14), Hilda will send Angel to Rogério’s (Tarcisio Filho) roof and explain the situation to him. At this moment, the student will be playing with her half-sister, Yasmin (Maria Eduarda Miliante), in her bedroom.

“Thank you for not telling my mother, grandma”, will thank Alex’s lover (Rodrigo Lombardi). “But you were right to tell me. Here she’ll have to walk the line. Let’s go and I’ll walk you to the door,” Carolina’s ex-husband will say. “Thank you, Mr. Oswaldo”, the girl will say goodbye. “Good luck, Arlete”, will wish Hilda’s friend.

Alone with her stepdaughter, Viviane (Laryssa Dias) will begin the humiliation. “Take your things to your room,” the stepmother will say. “Am I going to sleep with Yasmin?” the model will ask. “Of course not. You stay in the back room,” the evil woman will laugh.

“In the messy room? But it’s too small, it won’t even fit the suitcases”, will answer the guest. “Yeah. I took some things out of there this afternoon. I improvised. If you wanted luxury, don’t do it. Turn around!”, decreed Rogério’s second wife.

From the bedroom, Giovanna’s classmate (Agatha Moreira) will listen to a discussion between her father and the villain. “What did you want me to do, Viviane? She is my daughter,” he will argue. “And I’m going to have to put up with this backrest?” Yasmin’s mother will complain. “Backrest? Will I turn the backrest?”, the girl will lament.