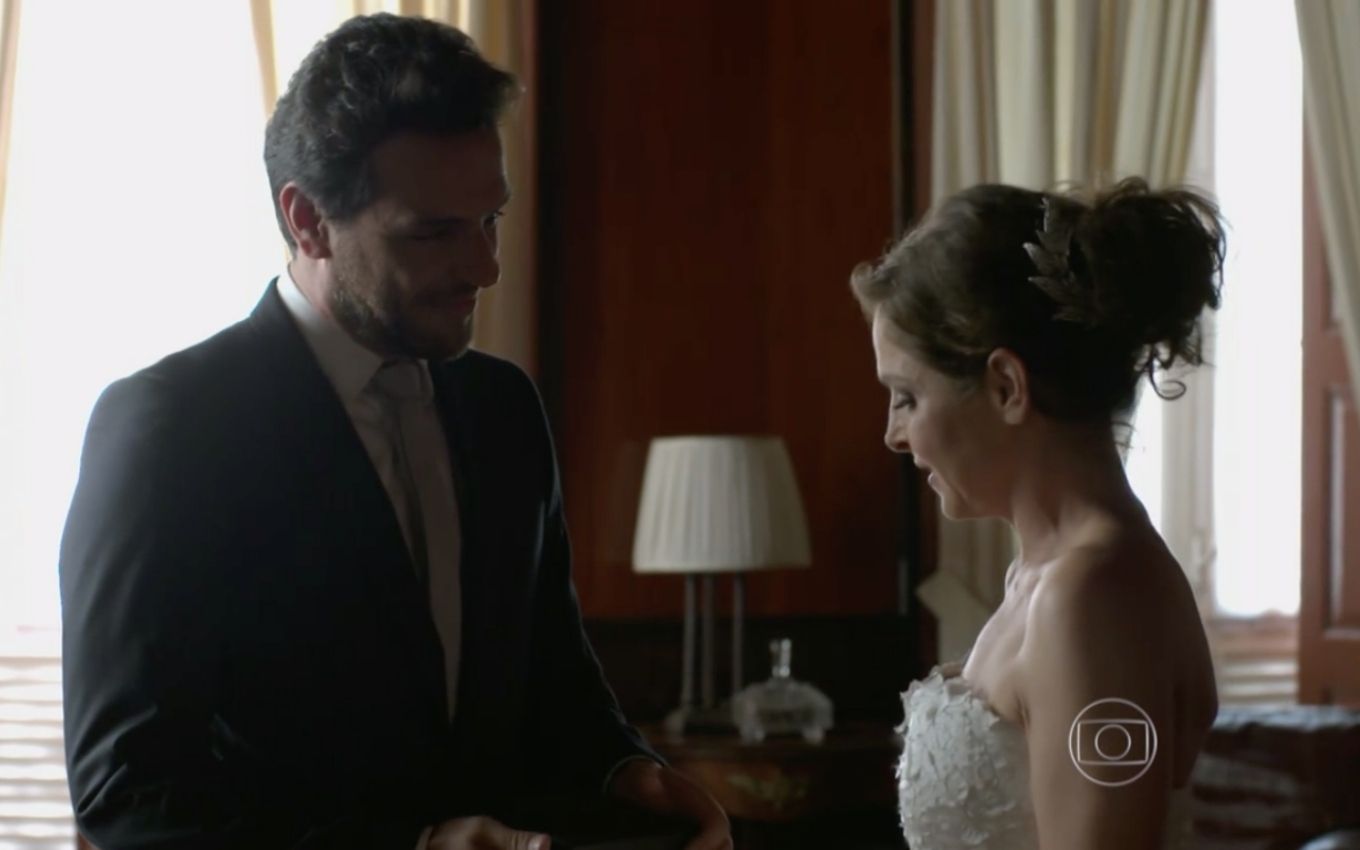 In Verdades Secretas, Alex (Rodrigo Lombardi) will break protocol and see Carolina (Drica Moraes) dressed as a bride before the wedding. Superstition will confirm the woman’s misfortune at the end of Globo’s eleven o’clock soap opera. Arlete/Angel’s mother (Camila Queiroz) will have a tragic fate: she will kill herself after discovering her daughter’s affair with her husband.

“Could I talk to my fiancée for a moment?” the manager will ask, as Hilda’s daughter (Ana Lucia Torre) is getting ready to go up to the altar at the scenes that will air from October 11th. “Oh, love, no. You can’t see the bride before the wedding, you can’t! It’s bad luck,” the deluded woman will complain.

“I don’t care about superstitions,” countered the millionaire. “You crazy! What’s wrong?”, will ask Giovanna’s future stepmother (Agatha Moreira). “For you to wear. I was so worried that I almost forgot,” the Like owner will explain, showing the bride a set of expensive jewelry.

“I can’t believe it. Oh, what a beautiful thing. Fanny [Marieta Severo] should not [ter falado]. I told her she shouldn’t!”, rebukes Rogério’s ex-wife (Tarcisio Filho). “Fanny did me a favor. You’ll be even more beautiful”, will soothe the underage recruiter’s ally. “Oh my love”, Angel’s mother will melt.

Then, the lovebirds will officiate the union with a justice of the peace (actor did not have his name released). “According to the desire that both have just affirmed to become husband and wife, I, in the name of the law, declare them married!”, the ceremonialist will say.

Giovanna and Angel will look down on the scene. “A toast to the newlyweds, Alex and Carolina, best wishes!” Fanny will celebrate. Afterwards, all guests will observe the first dance of the newlyweds.

The marriage to Carolina is nothing more than a facade of Alex, who will have created the plan to be able to be close to Angel. Obsessed with the nymphet, the hooker addict won’t rest until he’s back with the girl, who will give in to temptation and start having an affair with her stepfather.

At the end of Secret Truths, Carolina will catch Angel and Alex secretly having sex in the apartment where the three will be living. The housewife will be shocked by her daughter’s betrayal of her husband and will threaten them with a revolver.

The betrayed will rehearse shooting Giovanna’s father, but Angel will step in front of her lover and say that she loves him. Then, the character played by Drica Moraes will go to the mansion room and fire a shot. After the shooting, the audience will see that she took her own life.

You can find out everything about Império and the other soap operas on the air through the link below, from the 76th episode of the Noveleiros podcast, from TV news. Also available on Spotify, Deezer, Apple Podcasts and Google Podcasts.