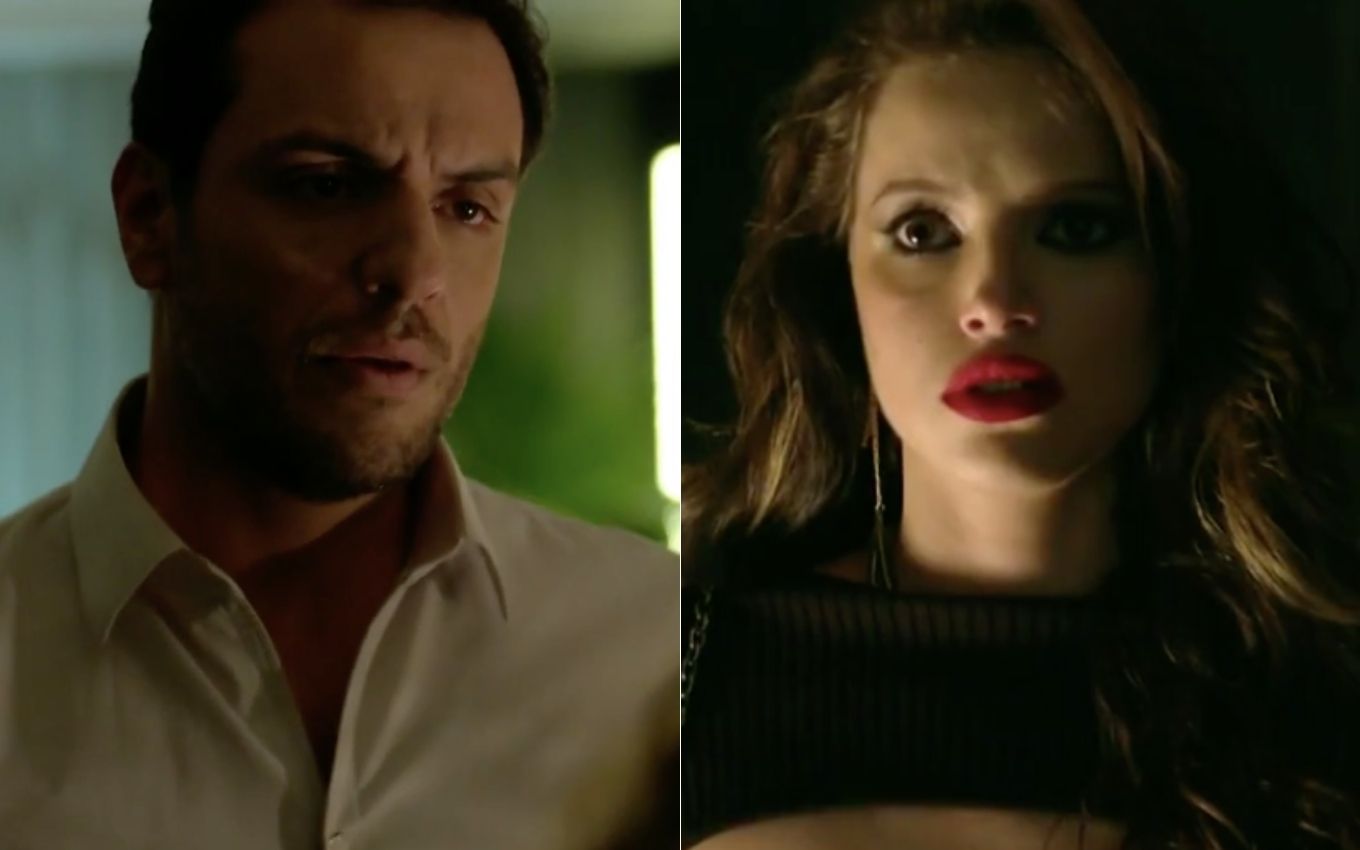 A nymphet freak in Secret Truths, Alex (Rodrigo Lombardi) will end up scheduling a show with his own daughter. Abandoned by Angel (Camila Queiroz), the manager will demand that Fanny (Marieta Severo) find him a new “new” to drown his sorrows in the Globo telenovela. The modeling agent will send Giovanna (Agatha Moreira) into the millionaire’s arms, having no idea that Kika (the teenage prostitute’s code name) is his daughter.

After Angel leaves prostitution because his grandmother discovers his secret, the millionaire will hunt down a new prostitute and be disappointed in Larissa (Grazi Massafera).

Not knowing that Giovanna is the heir of Alex’s holding company, the owner of Fanny Models will send him the “sophisticated new face” in scenes that will air from next Monday (13). The teenager will arrive at her father’s suite finding herself, but will soon be face down on the floor when she recognizes Pia’s ex-husband (Guilhermina Guinle).

“Don’t even try to hide, Giovanna, that I know very well what you came here for,” the rich man will say. “My dad. Shit, right? Seriously, I’m shocked,” will lament Anthony’s (Reynaldo Gianecchini) lover. “Shocked? And I’m what? My daughter is a call girl. I want to kill you. I’m going to kill you,” he threatens, holding the student’s face aggressively.

Giovanna will not be intimidated and provoke her father. “You should kill yourself first. Aren’t you the one who likes new, innocent girls? Fanny explained it to me. You even help in her modeling career”, will mock the rebel without a cause.

“You respect me. I have a girlfriend who will be arriving on a trip in a little while,” the businessman countered. “Oh yeah? Cool. Are you the same age as me? Drink something strong to make the scare go away,” will suggest the clueless.

“What a scare? You’ve always had everything the best and the best, luxury. The best clothes, the best trips, the best school, the best friends, the best families in São Paulo. To become a call girl? Why, Giovanna? What for?” Alex will shout.

“I had no money. I have no card, I have no allowance. Remember? You took everything from me, I got stiff!”, the spoiled woman will argue. “Are you going to say it’s my fault? Your mother’s?” the father will yell. “I want to be a model, Dad. I’m going to be on the cover of a magazine!”, the dazzled woman will say. “Pink book is not for a model, pink book is for a whore!”, the “client” will trigger.

The two will argue fiercely until Alex slaps Giovanna in the face, who will say she is a predator like her father and leave the hotel crying.

The re-presentation of the saga written by Walcyr Carrasco is also an attempt to stop the audience from escaping to the new season of A Fazenda, reality by Record.