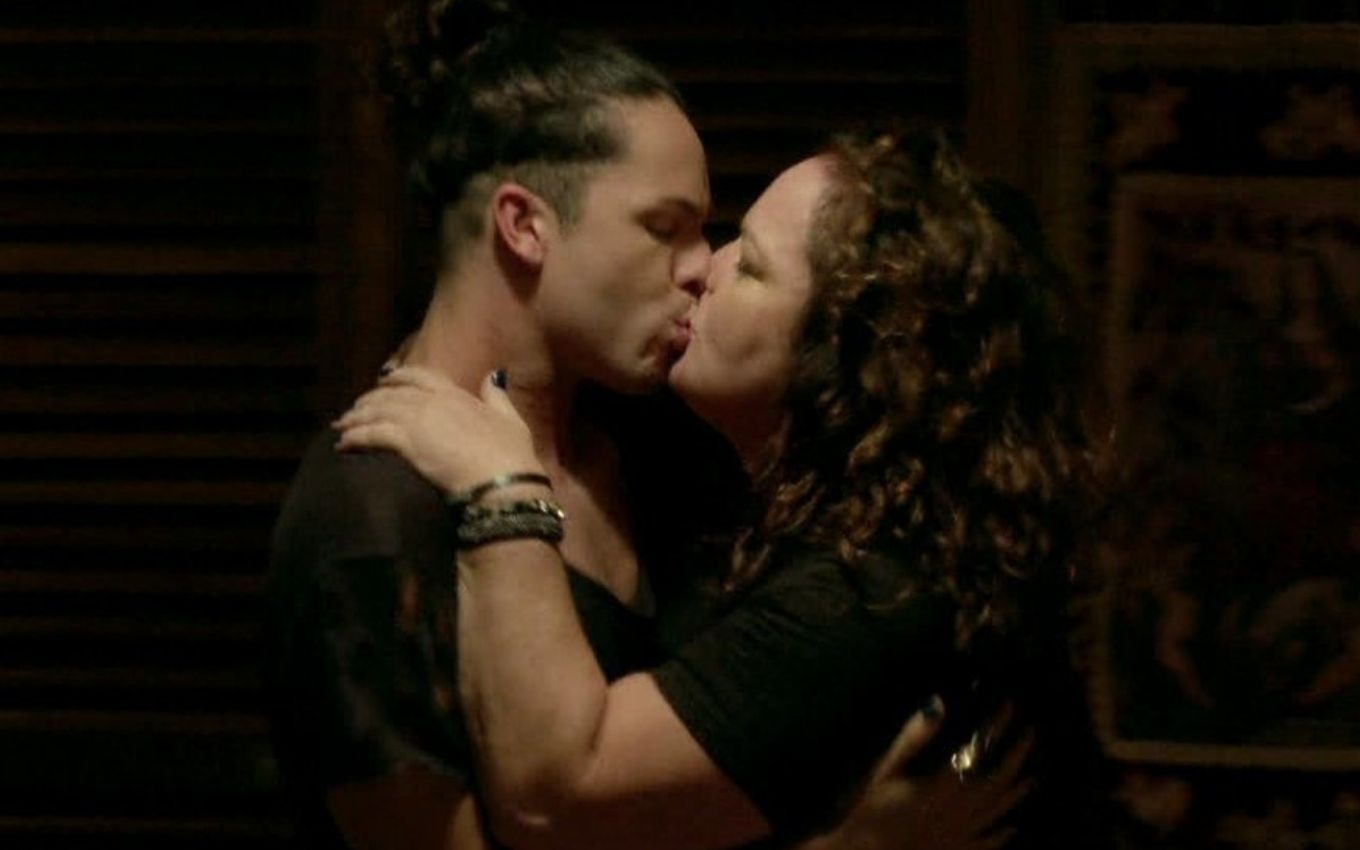 In Verdades Secretas, Visky (Rainer Cadete) will have sex with Lourdeca (Dida Camero) in a very crazy night of drunkenness and confessions. Rejected by Léo (Raphael Sander), Fanny’s (Marieta Severo) two employees go to drown their sorrows in a bar and end up in bed in the eleven o’clock soap opera.

In the scenes that air next week, Visky and Lourdeca will appear drinking together. “Where’s my vodka? Please!” will demand the secretary of Fanny Models. “Stop it, fat whale! You’ve already had too much to drink, this isn’t sea for you to fall in your mouth and wipe them all away”, will mock the agency’s booker.

“But you’re going to pay,” the assistant will say. “This bill will weigh more in my pocket than you in the scale. Will they make the installment?”, will lament the character of Rainer Cadete. “Worse than being a fag is being a poor fag, hahaha”, the colleague will have fun.

Visky and Lourdeca had bet that whoever managed to get Leo to bed first would win a night of drunkenness paid for by the loser. Arlete/Angel’s friend (Camila Queiroz) will ask for the bill, but the secretary will start crying desperately and will admit that she couldn’t have sex with the model, who will have broached her.

Dida Camero’s character will regret being overweight and confess that he only stole the blonde’s underwear at the end of the date night.

“I don’t pay that bill anymore. You lied, you pay! How could you, Lourdeca? I was devastated! I thought he preferred you!”, the gay man will argue. “I’m so sick that I want to die!”, her friend will cry.

Fanny’s doormat will pity her co-worker and admit that she feels nothing too. The catwalk teacher will then take the drunk to his house, where they will continue to drink.

“That’s what you mean, so let’s say it together,” the booker will encourage. “Leo sucks!” the rejected ones will scream, in chorus and laughing. Completely taken by the need and the drink, the two will end up kissing, taking off their clothes and end the night having sex.

Originally aired in 2015, Verdades Secretas returned to the air on Globo in a kind of “warm up” for its sequel, which will show the character of Camila Queiroz seven years after the end of the first version shown on open TV. With scenes hotter than in the first version, Secret Truths 2 debuts with ten chapters on the 20th of this month on Globoplay.