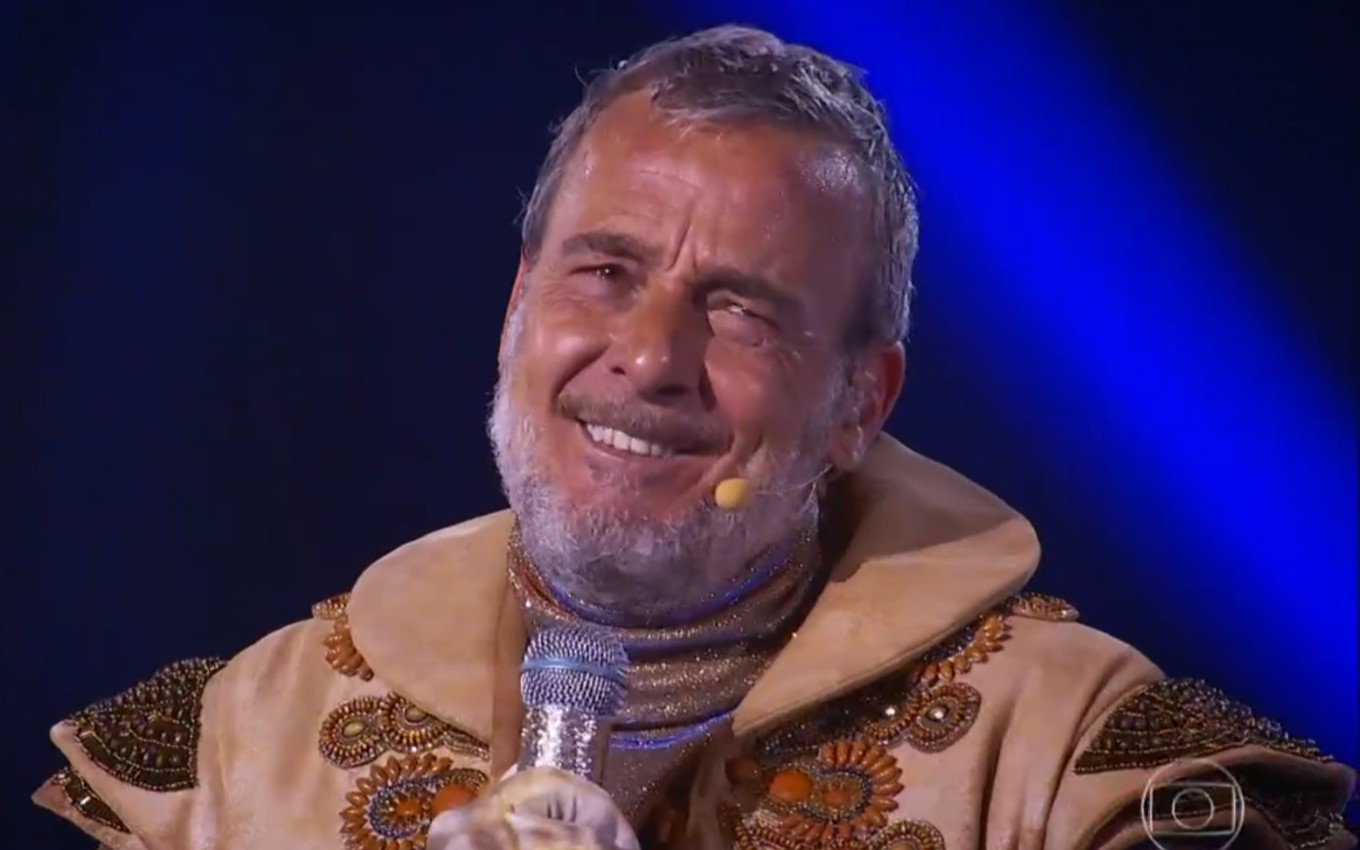 After seducing with his mysterious way, Onça Pintada was unmasked at The Masked Singer Brasil and revealed Alexandre Borges, Globo soap opera heartthrob, this Tuesday night (14). throughout the season they cited his name among the guesses.

O TV news he had already made a dossier and anticipated Onça Pintada’s identity weeks before his elimination from Ivete Sangalo’s reality show.

“I’m also very curious to know who these talents are. It was a wonderful experience,” said the actor after the elimination. “It’s a family program. It’s a joy and we needed it,” he continued, visibly moved.

Eduardo Sterbitch wanted to know if the actor made some kind of laboratory to make the character’s sensual movement. “The costume is a fundamental part for us. When you see it, it gives that chemistry and you say: ‘Wow'”, he commented.

Jacques Leclair’s interpreter in Ti Ti Ti (2010), currently on rerun at Vale a Pena Ver de Novo, stated that no one in his family knew of his participation in the program.

how was the program

For the first time this season, all contestants performed in the same episode. The four remaining members of team A faced off against group B, and the division was: Arara X Gata Espelhada, Astronaut X Jaguar X, Girassol X Monstro, and Unicórnio X Jacaré.

Gata Espelhada once again confused the judges with her performance and gave an exciting presentation with Eu Não Vou, a Fat Family classic, and gave the following clues:

The second performance of the night was by Arara, who sang Loka, a song by Simone & Simaria with Anitta, and also provoked random guesses by the judges, who pointed out Claudia Raia, Fernanda Gentil and Isabel Fillardis. See the tips:

Astronauta appeared on stage singing Coisinha do Pai, composed by Jorge Aragão that was successful in the voice of Beth Carvalho (1946-2019), and presented the following tracks:

Onça Pintada seduced the judges with his walk and provoked curious guesses after singing O Vira, a classic by the group Secos e Molhados. Among the options mentioned were Badauí, Cleber Machado and Eriberto Leão. Check out the clues:

Girassol gave a strong performance and was in tears after singing Eu Quero É Botar Meu Bloco Na Rua, by Sérgio Sampaio (1947-1994). Her unrecognizable voice was soon guessed by the jurors, who refused to mention Sandra de Sá’s name, but made several puns. Check out the clues:

The Monster thrilled the judges with his cuteness and voice when he sang I Believe I Can Fly, by American R. Kelly, and made the judges melt with his stutter and performance. See the clues:

Jacaré once again confused everyone with her hoarse voice. The character has already made the judges throb between men and women, but this time they chose to point out Totia Meirelles and Baby do Brasil as a possible masked artist. The character sang Fera Ferida, by Maria Bethânia. See the clues:

The final performance was by Unicórnio, who stunned by presenting a samba version of the song Single Ladies, by Beyoncé. Check out the tips: