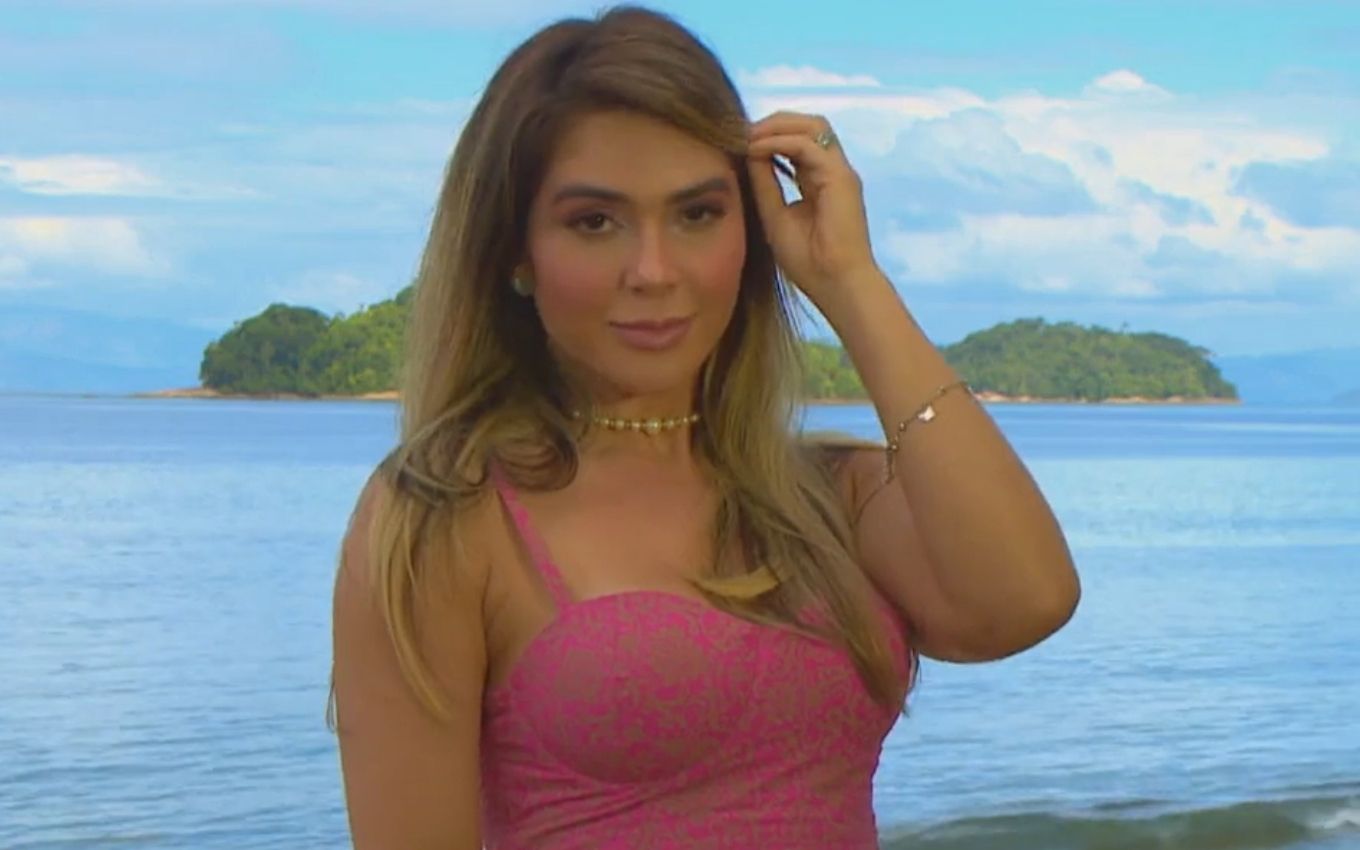 Participating in Ilha Record, Nadja Pessoa is a veteran of the network’s realities. In her fourth show at the house, the blonde starred in new shacks and was accused of homophobia by Lucas Selfie, a colleague in confinement. Over the past few years as a sub-celebrity, she has been expelled from A Fazenda 10 and even starred in a reality show about her life.

Nadja’s story in the world of reality shows began in 2018, during her participation in Power Couple Brasil 3. At the time, she was a businesswoman and entered the couples game because of her then-husband, Vinícius D’Black, finalist for The Voice Brazil 2017.

Alongside the singer, the Pernambuco native clashed with the fluminense and also rivals Letícia Oliveira (ex-wife of the sertanejo Marlon), Lilian Simões (wife of MC Creu) and ex-BBB Franciele Grossi. There were so many frictions that Letícia classified Nadja as the “poison” of the program.

However, with these confusions, the blonde fell in favor of a portion of the public and, in the same year, won a place in A Fazenda 10. Without speaking out, she continued with the strong positioning and starred in new shacks during the rural reality.

Rival of Caíque Aguiar and Fernanda Lacerda, Nadja assaulted the son of comedian Carlinhos Aguiar during a fight and ended up being expelled from the program. The decision of Record’s direction stirred up social networks and, with an eye on this opportunity, the station decided to follow up with the artist in her casting for a new project.

So, right after Rafael Ilha’s victory in confinement, PlayPlus launched the reality Tudo ou Nadja. In eight episodes, the audience followed the routine of Nadja and D’Black, the dramas of the former couple and their relationship with other famous people, such as Jojo Todynho and Joelma.

In 2020, Nadja revealed that she was being treated for depression. Days later, she disappeared from social media, and D’Black announced the end of the marriage. “It was all very intense, a whirlwind of emotions that took my heart and transformed our lives forever,” he said at the time.

After facing a crisis of illness, the blonde accused her ex-husband of “cleaning” the then couple’s bank account and allegedly having been abandoned in favor of a vacancy for the singer in A Fazenda 12. The ex-The Voice did not join the reality and denied Nadja’s accusations.

Since then, the influencer has continued to work on social media and left the press spotlight. In recent months, it has resurfaced because of rumors of an alleged affair with Eduardo Costa. For journalist Leo Dias, from Metrópoles, Nadja denied the existence of a serious relationship with the sertanejo.

In January 2021, the blonde shocked fans by appearing with a new look on social media. She visited an aesthetic clinic, but did not specify the procedures performed. Before joining Sabrina Sato’s show, Nadja shared false news about Covid-19 and was accused by Vida Vlatt of committing a financial scam.

In Ilha Record, as determined by TV news, the veteran of realities also caused and was accused of homophobia after witnessing a kiss between Antonela Avellaneda and Laura Keller. Wanted by the report, the influencer’s advisor did not want to comment on the accusations.