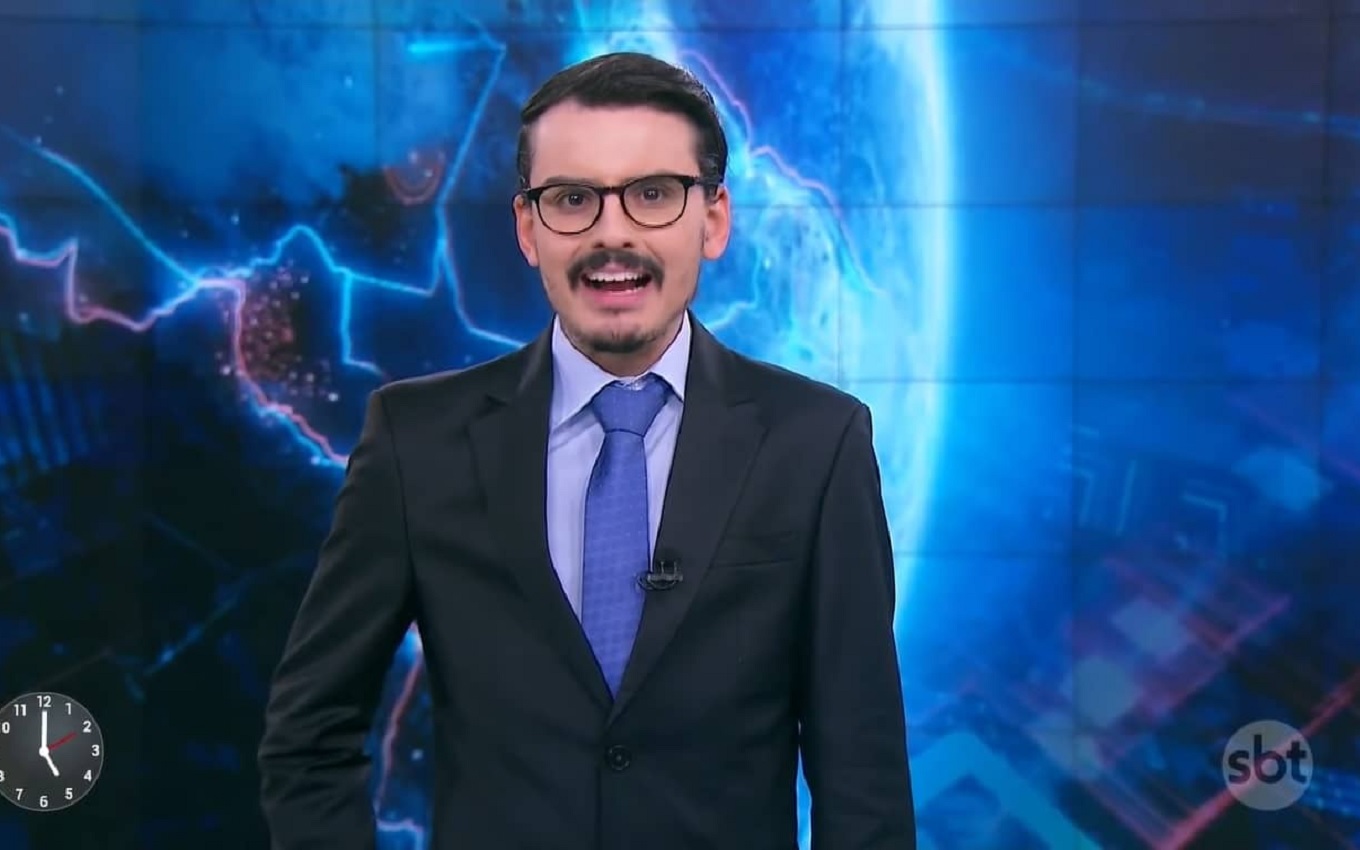 One of Silvio Santos’ proteges within SBT, presenter Dudu Camargo renewed this week its contract with the broadcaster. He is one of the commanders of First Impact, along with journalists Darlisson Dutra and Marcão do Povo. Camargo signed a new contract with a duration of two more years.

With this, Dudu Camargo will stay with the company at least until October 2023. The information is confirmed by SBT’s Communication to TV news. If he fulfills his contract in full, the 23-year-old anchor will complete seven years as an employee — a considerable time by the standards of SBT’s Journalism, which has high turnover.

Dudu Camargo has been with the network since October 12, 2016. On that day, surprising everyone, the presenter started to lead the Primeira Impacto in place of the experienced Karyn Bravo and Joyce Ribeiro, both currently on TV Cultura. Since then, he has been in the journalistic field, which scores between 3 and 4 points on average in Greater São Paulo.

In a few days, Dudu Camargo came to win Hour 1 for a few minutes, anchored by Roberto Kovalick on Globo. At the same time that it works for SBT, the presenter collects controversies. On some occasions, Camargo has already arrived late for his program and has fought with colleagues internally.

He also criticized SBT and praised Record, his competitor. Ratinho, a TV colleague, has already said on his radio show that “nobody likes him” and that only Silvio Santos has a good impression of the presenter. “If I were the owner, I’d have my ass in my ass,” said Mouse in April of this year.

Since Silvio is in charge, Dudu Camargo has won a new contract. In the coming weeks, the expectation is that other contracts will be renewed in Jornalismo do SBT.