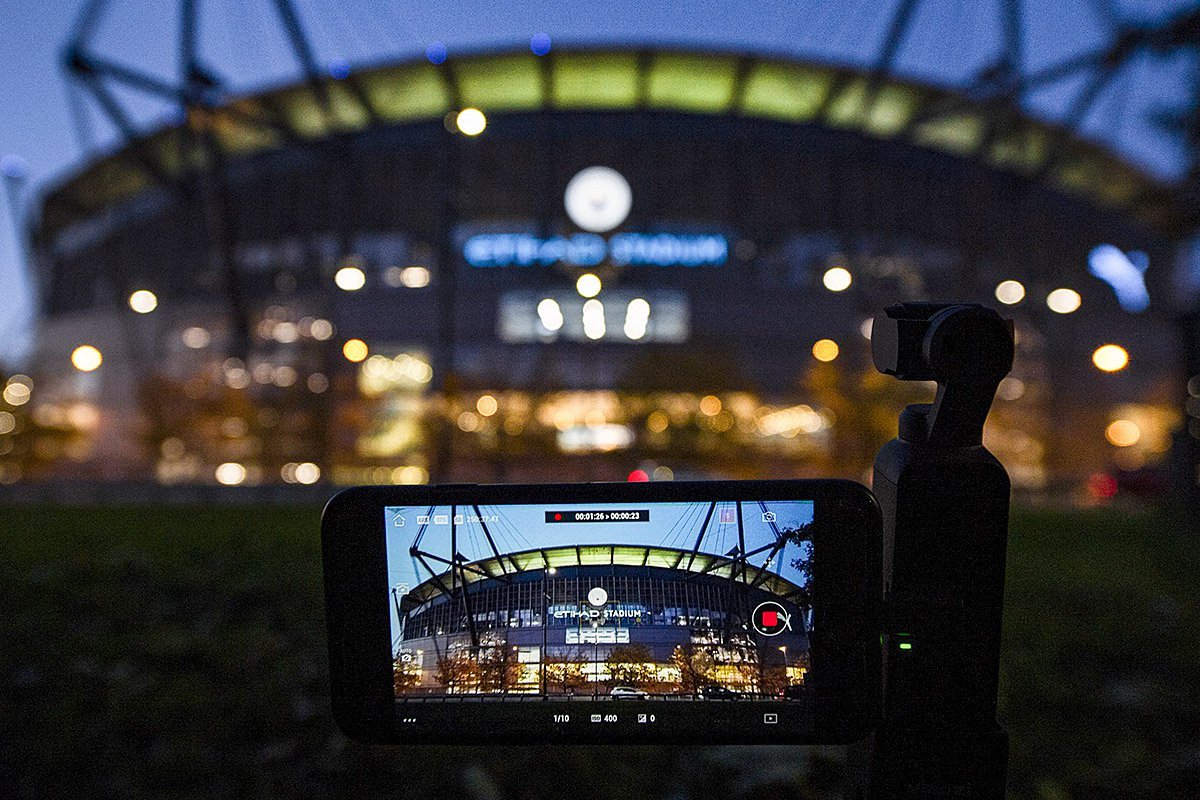 Football, NBA, NFL and even tennis: the sport in the sights of the streaming war (Visionhaus//Getty Images)

The myriad of channel and streaming options have changed the way fans consume football in Brazil. If until other times the viewer had the availability only of closed channels, basically with SporTV and ESPN, and later the emergence of FOX Sports and Esporte Interativo, today the range is much larger. There are at least seven channels that are divided between different programs and exclusive games: Premiere Futebol Clube/Globoplay, DAZN, STAR+, HBO Max, EI Plus, Conmebol TV and NSports.

“It is undoubtedly the present and a path of no return. With the pandemic, the habit of consuming digital content grew a lot in a short period of time, thus expanding the public willing to consume this service and breaking down a series of cultural barriers that existed . The great benefit is undoubtedly the flexibility of devices and programming schedule that streaming brings”, says Guilherme Figueiredo, executive director of NSports, COB’s partner in the operation of the Olimpico do Brasil Channel.

The NSports channel was responsible for transmitting special content produced by the sports streaming platform, with exclusive access to Team Brasil’s nine bases in Japan. According to the executive, this differential will be the key factor for the fan to make their choices.

“Flexibility undoubtedly brings this dilemma of selecting which services to subscribe and then, in these cases, the content that will be the difference in the choice. The more often a service can offer content of interest to the fan, the greater the chance that they will subscribe the service and remain in the base of recurring customers”, he adds.

One of the most talked about changes since the last showing of the Copa Libertadores was the arrival of Conmebol TV. The channel has some exclusive games, and this generated criticism from those who were used to following broadcasts by SporTV and Fox Sports, as well as Globo itself. To follow the games through the channel, it is necessary to pay a monthly amount of R$ 39.90 per month.

Bruno Maia, specialist in innovation and new sports technologies, and who recently launched the book ‘Inovação é o Novo Marketing’, which deals with these issues, the trend is that streaming content will continue to grow significantly for a period.

“The multiplication of channels is a trend and everyone is fighting for their space, whether with content producers or some new startups. And something to be taken advantage of is this increase in sport content for those who like these platforms. Sport is one of the main pillars cable TV. It still has a lot to grow in streaming platforms with the law of the principal, the flexibility of rights and with the changes that are happening now, one of them with different narratives than journalism or broadcast.
A great example are the series The Last Dance, All or Nothing and Sunderland Up to Death”, he points out.

Renê Salviano, the executive who launched HeatMap this year, a sports and commercial marketing agency focused on fundraising, notes that there is a large layer of fans who prefer to consume only their own team’s products, and among the existing streaming options , he ends up going to the one he likes most, which are the clubs’ own TVs. They grew considerably during the pandemic and became a considerable option with the absence of audiences in the stadiums and closed training sessions.

“While presenting specific options for each supporter is important, and this the clubs developed very well in this period, the sport benefited the most from this expansion of streaming. The competition for audience, the choices of productions for differentiated content and the competitiveness of the market was also heated”, he says.

Guilherme Figueiredo, from NSports, supports the opinion. “Sport is certainly one of the content most benefited from the growth of streaming. With the possibility of multiple events simultaneously and on different devices, the offer of available content greatly increases for the fan and also opens up space for other sports besides football, since there is no more competition for grid space, only competition for fan attention, who can take their pick.”

The amount of channels and content that appears is proportional to what can weigh in the fan’s pocket. With the increase of options to follow the matches, the fan of the most popular sport in the country felt the change in his pocket. In all, he will have to pay something around R$3,000 to subscribe to all pay-per-view services and have access to games and content – that, of course, he chooses for that.

For Marcelo Palaia, professor and specialist in sports marketing, values ​​can make the public migrate to other means of consumption. “It’s a high value for the average salary of Brazilians. We have a lower per capita income, it’s a factor that could harm this revenue line of the clubs, and people who don’t have that high income start to migrate to others options in which he does not pay. The values ​​could be more affordable”, he points out.

Bruno Maia goes further and says that the trend is that it only gets more expensive. As expensive as it paid in the logic of cable TV. “What I think is that we will have more streaming players arriving, fighting for this space, and we have to take advantage of them while they are ‘cheap’ to better customize what we want and stop paying for what we don’t consume. We will have an overdose of content on the same platforms, and because of that prices go up and we have fewer players. But I think this is a trend that still takes between three to five years to start happening. price and content of these players are positioned thinking about the future,” he explains.

Another novelty that has happened in streaming is the distribution model via internet network data, causing the entire distribution logistics to have been changed. Consequently, this caused prices to also change and the market to reset itself again. Even for this reason, at the same time as the market grows, it must have a period to stagnate, as explained by Bruno Maia.

“In the long term, without a doubt, I believe that the trend is a decrease in mergers and acquisitions between these players, such as those with a more consolidated database or editorial recognition, of user behavior, joining in fewer windows, and probably more expensive windows, just look at the logic of Netflix, which managed to increase its subscriber base by itself, has significantly raised the price in Brazil year after year,” he concludes.

Check out the services available to watch football matches:

Premiere Football Club/Globoplay – Main pay-per-view service for national football. Fans can watch all the matches of the Brazilian Championship of clubs that have an agreement with the platform (only Athletico (PR) does not have it). You can also follow the regional championships and some matches of the Copa do Brasil. The subscriber spends R$858.80 per year.

DAZN – Streaming service that offers one game per round of the Premier League and FA Cup as the main fan options. It is the holder of the rights to broadcast matches in the C series of the Brazilian Championship. Cost: R$ 238.80 per year.

STAR+ – Streaming that will include the Europa League, Conference League and Premier League matches, in addition to the championships in Portugal, Netherlands, Scotland, Belgium, Argentina and Mexico, Champions Leagues in Asia and Concacaf. The annual amount is R$ 329.90; The Disney+ and Star Combo, monthly, costs R$ 45.90.

HBO Max – WarnerMedia’s subscription streaming platform will broadcast the games from the 2021/22 season of the Champions League and some matches of the Brazilian Soccer Championship. Remember that Grupo Turner owns HBO Max. This new service was created to increase the content offered to subscribers. The minimum values ​​vary between R$19.90/month, R$54.90/3 months, or R$169.90/12 months.

EI Plus – It’s the streaming operator Turner. Fans pay R$ 166.80 per year and have access to the Champions League, European Qualifiers and the League of Nations matches, as well as some games in the Brazilian Championship.

Conmebol TV – It’s the pay-per-view of the Libertadores and Copa Sudamericana. Fans spend R$ 39.90 per month to watch the main competitions on the continent. The service is only available on Claro or Sky.

NSports – First Brazilian sports streaming platform to create the official channels of each sports entity. The company currently has more than 15 channels of the most varied sports, with emphasis on the Olympic Channel in Brazil, along with the COB, the CBV’s Canal Vôlei Brasil, which broadcasts the Superliga Banco do Brasil and LNF TV, broadcasting the National League of Futsal. NSports also produces all of the games of the Serie A and B of Brasileirão in Portuguese abroad and has already operated the OTT platforms of big clubs in Brazil, such as Botafogo, Coritiba, Fluminense, Paysandu and Vasco. The transmission of the Series C of the Brazilian Championship is paid and comes out at a single price of R$79.90 for all games in the first phase of the competition.