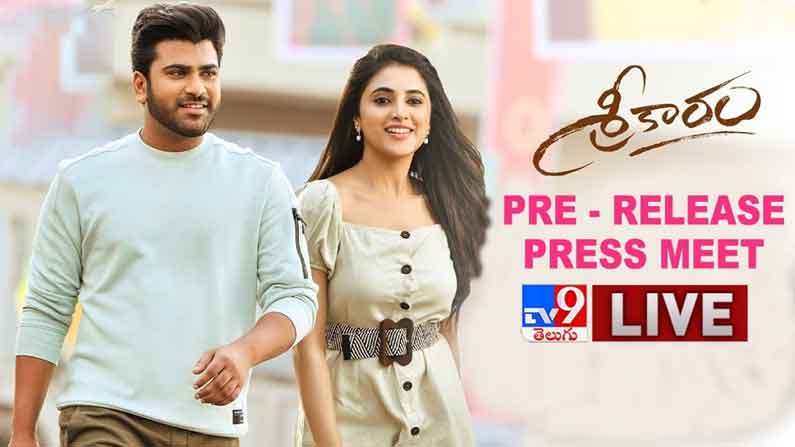 Sreekaram Pre Release Press Meet: Young hero Sharwanand is one of the heroes who chooses different movies. Love, family, delicate emotions, occasional bit of action .. Sharwanand’s specialty is making films with these concepts. He became the favorite hero of the family audience with similar forms. Currently, Sharwanand .. Kishore is directing the upcoming film Srikaram. Priyank Arul Mohan will play the heroine in this movie. As a birthday present for Sharwanand on March 6, the movie trailer was released by young heroes Nitin, Nani and Varun Tej.

If you are watching the Srikaram trailer .. this time Sharwanand looks like a hit again. Especially the emotions of senior actors like Rao Ramesh and VK Naresh are highlighted. It seems that the hero who quit his software job and became a farmer has come to farm. Also Sai Kumar played a negative role in this. The film is produced by Ram Achanta and Gopi Achanta under the banner of 14 Reels Plus. Meyer music provided by Mickey. The film will be released on the 11th of this month on the occasion of Shivratri. Rao Ramesh, Naresh, Murali Sharma, Sai Kumar, Amani, Saptagiri etc. played key roles in this. Srikaram Prerelease Press Meet will be held in Hyderabad this evening. The show can be watched live on Prime Time Zone.

Real couple who are going to act together again .. Sam who will appear in guest role ..

Sreekaram Trailer: For future generations to be better, now this ‘srikaram’ has to be rolled .. Raite Raju