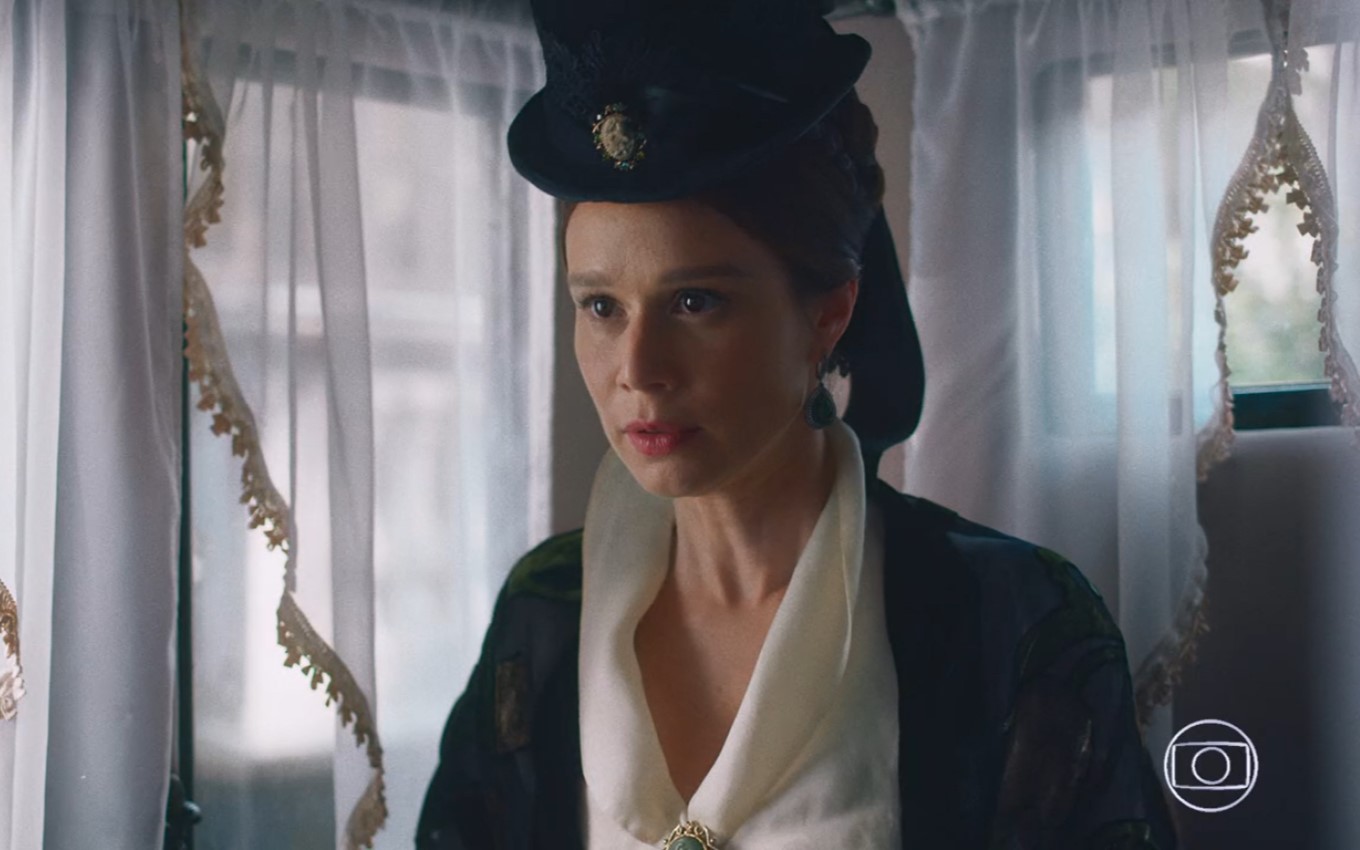 Second, 9/20 (Chapter 37)
Germana and Licurgo have an accident. Leopoldina provokes Luísa. Tonico and Borges seal a partnership. Samuel decides to become an engineer, and Pedro says he’ll help him. Guebo disapproves of Samuel’s decision to abandon music. Lupita seduces Batista in exchange for money and makes a deal with Borges. Luísa comments to Pedro about her distrust of Leopoldina.

Tuesday, September 21 (Chapter 38)
Pilar talks to Pedro and Teresa, and finds out that Samuel is majoring in engineering. Quinzinho and Clemência think about Vitória. Pilar is hostile to Luísa. Lupita knows Bernardinho. Batista questions Bernardinho about his training in the Navy.

Wednesday, 9/22 (Chapter 39)
Quinzinho helps Samuel lose Pilar and avoid meeting the two. Lota rejoices when he sees Bernardinho. Pilar is admitted to work at Santa Casa. Alberto stays at the casino hotel and falls in love with Clemencia. Pilar watches Samuel’s graduation and watches as Zayla kisses him.

Luísa claims that Pilar was deceived by Dolores. Lota demands to move with Batista to Rio de Janeiro. Tonico manipulates Pedro with news about Christie. Guebo falls into a Borges trap. Samuel looks for Pilar.

Thursday, 9/23 (Chapter 40)
Samuel and Pilar deal with each other formally. Guebo and his friends manage to escape from Borges unrecognized. Tonico, Nélio and Nino invent a false testimony by Pedro. Bernardinho confesses that he ran away from the Navy. Luísa warns Pedro about Tonico. Tonico’s plan against Pedro works.

Pilar goes to work. Eudoro announces that he will go with Dolores to Rio de Janeiro. Luísa talks to Leopoldina about his hostility towards her. Zayla discovers that Pilar is in Brazil. Christie confronts Pedro. Pilar gets indignant when she reads a lying story about her life in the newspaper.

Friday, 9/24 (Chapter 41)
Pilar discovers that Tonico is the owner of the newspaper and confronts the deputy for the published lies. Jamil teases Guebo about Zayla. Teresa provokes Luisa. Isabel dreams of Pierre, her suitor. Pedro demands that Tonico assume that the story about Pilar was a lie.

Alberto and Clemência become more and more enchanted with each other. Zayla assures Samuel that he won’t let anyone get in the way of their happiness. Caxias offers Samuel a job opportunity. Teresa tells Pilar that Luísa was never Samuel’s lover. Pierre arrives on Thursday.

Saturday, 9/25 (Chapter 42)
Leopoldina and Isabel fall in love with Pierre and Luísa tries to calm the princesses’ spirits. Pilar decides to serve the population on the streets. Lupita is surprised to learn that Lota and Batista will move to Rio de Janeiro.

Justina tells Pilar that Samuel still loves her. Leopoldina and Isabel vie for Pierre’s attention. Alberto declares himself to Clemencia. The princesses disguise themselves to go out on the sly with Pierre.