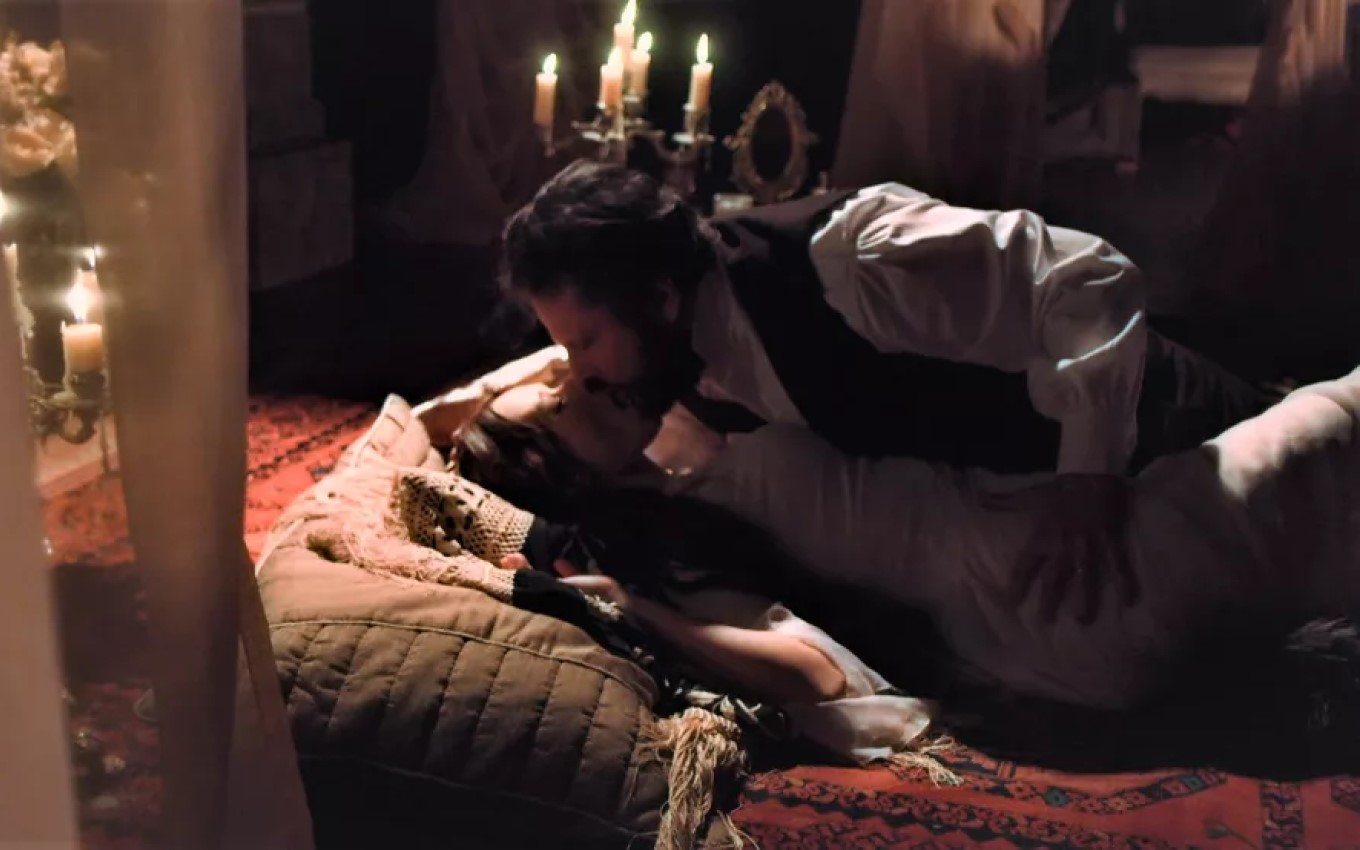 Second, 6/9 (Chapter 25)
Candida tells Pilar, Samuel and Olu that Abena and Balthazar are dead. Pedro decides to leave Tonico’s house before his time. Teresa comforts Dolores. Samuel says he will take care of Guebo, who is suffering from the death of his family. Nélio agrees to marry Nonarica. Pedro writes to Luisa, who confesses to Samuel that he misses the emperor.

Clemência distrusts Quinzinho, Lupita, Licurgo and Germana. Nonarica gives up on her marriage to Nélio, who celebrates. Pilar is jealous of the friendship between Samuel and Luísa. Guebo promises to avenge his family’s death. Tonico discovers Pilar’s whereabouts.

Tuesday, 7/9 (Chapter 26)
Dolores notices that she has lost Pilar’s letter. Samuel tells Pilar that Guebo doesn’t want to live with them. Tonico sets up Pilar and invites Eudoro and Dolores to his inauguration in Rio de Janeiro. Clemência discovers the plots of Quinzinho, Licurgo, Germana and Lupita. Guebo starts fighting capoeira, and Cândida worries.

Luísa misses Pedro, but tells Justina that she will return to France. Guebo attacks Borges and refuses to go to military school. Batista and Lota set up and get the right to the invaded land. Pilar delivers Clemencia, who gives birth to twins. Pedro and Teresa return to Rio de Janeiro. Pedro looks for Luisa.

Wednesday, 8/9 (Chapter 27)
Pedro insists to get back together with Luísa. Pilar celebrates the birth of the twins. Clemencia suffers to take care of the babies. Samuel tries to convince Guebo to enter the military school. Tonico, Eudoro and Dolores depart for Rio de Janeiro.

Teresa talks to Pilar about Tonico’s arrival in the capital. Teresa probes Luísa about her correspondence with Pedro. Luísa deduces that Teresa used Mariquinha to separate her from Pedro. Luísa declares herself to Pedro.

Thursday, 9/9 (Chapter 28)
Pedro and Luisa love each other. Pedro confesses to Teresa that he is in love with Luísa. Zayla assures Candida that Pilar and Samuel’s wedding will not take place. Teresa looks for Luísa, and Pedro watches them together. Eudoro is suspicious of Tonico’s behavior with Dolores.

Lota and Batista arrive in Rio de Janeiro, and Tonico demands that Nélio move his family away from his house. Pedro and Luísa meet in a country house. Caxias alerts Samuel about Guebo’s absence from school. Tonico finds Pilar, and Samuel defends the bride.

Tonico provokes Luísa on account of Samuel. Dolores and Pilar meet again. Guebo promises Samuel that he will study. Lurdes remembers Tonico and tells Pedro about the episode that occurred in their childhood. Pedro attacks Tonico.

Saturday, 9/11 (Chapter 30)
Pedro humiliates Tonico, and is reprimanded by Teresa. Lota and Batista lose their money to Quinzinho. Tonico assures Pilar will be his wife. Lourdes suffers a heart attack, and Pedro despairs. Nicholas declares himself to Lourdes. Tonico tries to manipulate Dolores to get to Pilar. Teresa announces to Pilar that the girl has been accepted to a medical school in North America.