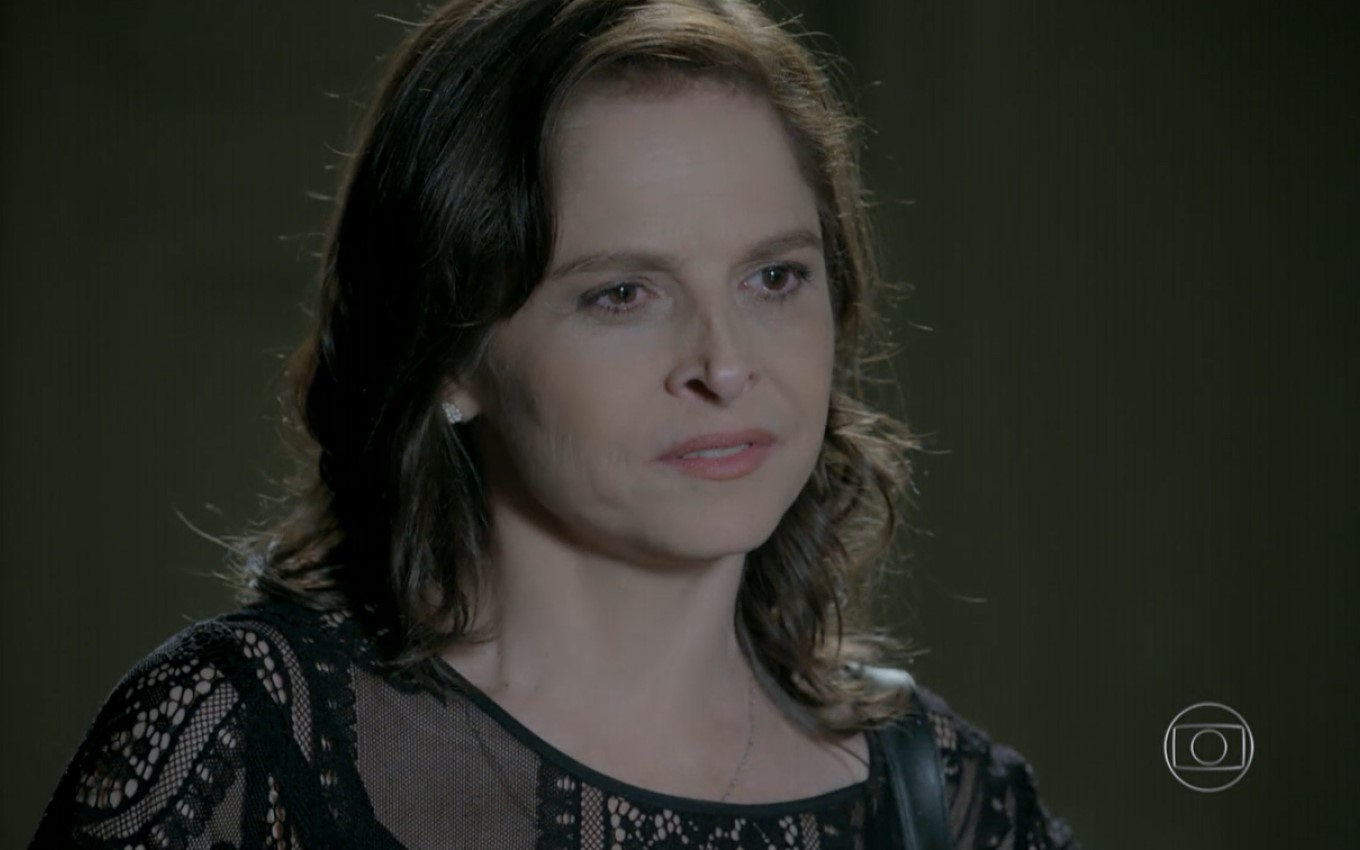 Second, 7/26 (Chapter 91)
José Alfredo demands that Maria Marta justify her certainty about Danielle’s revenge. Téo tries to organize the dossier on the Commander. Carmen talks to Orville about Salvador. Juliane comments to Xana that she will accept Antoninho’s invitation. Salvador deceives Carmen. Robertão asks Erika to save his money.

Enrico tries to talk to Maria Clara. Claudio tells Beatriz that he doesn’t want to hear from Leonardo anymore. A beggar steals Leonardo’s backpack. João Lucas declares himself to Du. Cora tells Cristina that she has a meeting with José Alfredo at the Império jewelry store and takes Jairo as her security guard. José Alfredo interrogates José Pedro and Danielle.

Tuesday, 7/27 (Chapter 92)
José Alfredo accuses Danielle of having recorded José Pedro’s speech to get revenge on her husband. Téo publishes the news about the recording made by Danielle. Maria Marta refuses to believe that Maurílio gave the copy of the recording to Téo.

Cardoso returns to Santa Teresa and is seen by Lorraine and Pietro. Salvador sees Orville trading his paintings and is furious. José Pedro says goodbye to Danielle. José Alfredo says he will make a statement to the press, and Maria Marta is worried. Cora arrives at the Império jewelry store. José Alfredo catches Magnolia and Severo at Maria Isis’ house. Cora blackmails José Alfredo.

Wednesday, 7/28 (Chapter 93)
Téo writes a new news about the Commander. José Alfredo has an idea to get his diamond back. José Pedro makes a statement to journalists about Téo’s complaint. Orville meets Salvador at Xana’s house. Cristina scolds the employees of the Império jewelry store and João Lucas praises her. Cora decides to keep the pink diamond.

Maria Isis expels Magnolia and Severus from her house. Cardoso overhears Reginaldo and Jurema talking about the diamond. Magnolia says she is going to separate José Alfredo from Maria Isis. Xana receives a letter from Luciano. Tuane convinces Elivaldo to visit Cristina at the Império jewelry store. José Alfredo looks for Cora.

Thursday, 7/29 (Chapter 94)
Enrico gives a cell phone to one of Vicente’s team cooks. Ismael tells that José Alfredo is at Cora’s house and Xana tells Cristina. Cora makes a new proposal for José Alfredo. Orville convinces Salvador to let him sell his paintings. Maria Marta makes a date with Maurílio. Elivaldo, Tuane and Victor arrive at the Império jewelry store.

Claudio and Beatriz see Leonardo living on the street and discover that Amanda is trying to help him. José Alfredo asks to meet Cristina. Téo decides to look for Maurílio at Vicente’s restaurant. José Alfredo tells Cristina that he knows the result of the DNA test.

Maria Clara tells João Lucas that José Alfredo is talking to Cristina. Amanda doesn’t like knowing that José Pedro is going to sleep with Danielle at the hotel. Maria Isis expels a paparazzi who tries to photograph Maria Marta.

Friday, 7/30 (Chapter 95)
José Alfredo asks Cristina to take his place at the company, in case something happens to him. Téo arrives at the restaurant to talk to Maurílio and Maria Marta catches the two together. Reginaldo reveals to Jairo that he discovered his secret. Cardoso follows Jairo to the meeting place with Cora, and she pretends to be a victim when she sees him in order to escape from her accomplice. Maurílio asks Maria Marta to marry him.

José Alfredo provokes Maurílio when he hears Maria Marta’s marriage proposal. Ishmael and Lorraine claim to have seen Cora and Jairus together. Tuane thinks about moving back in with Elivaldo. Cardoso threatens Jairo to get the pink diamond. José Alfredo spends the night with Maria Isis. Enrico directs Felipe to sabotage Vicente. Magnolia tries to reconcile with Maria Isis.

Saturday, 7/31 (Chapter 96)
Maria Marta and João Lucas attend a cocktail in honor of Maria Clara. Beatriz sees Leonardo asking for money in the street. Vicente invites Cristina to his restaurant. Antoninho asks Arnoldão to convince Juliane to accept his personal training services. Beatriz decides to arrange a meeting with Amanda to talk about Leonardo.