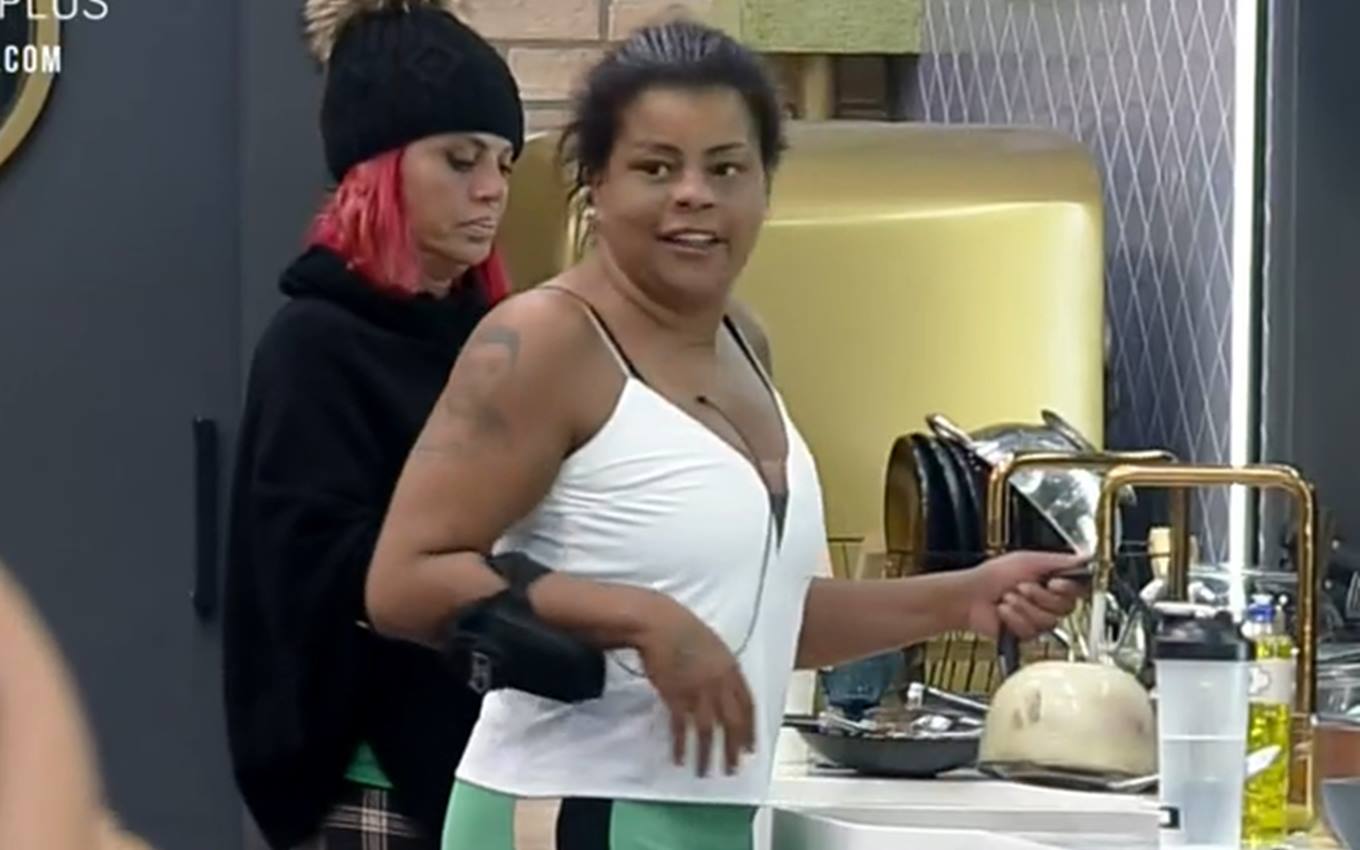 Declared rival of Erika Schneider, Tati Quebra Barraco fired several curses after learning that the dancer had been eliminated from A Fazenda 2021. Excited, the funkeira started screaming during the live edition of the program in the early hours of this Friday (8). “Go fuckin’ fucked,” celebrated the singer.

As soon as Tiago Piquilo returned to the headquarters of the rural reality show, the famous woman jumped up and down with joy and demonstrated that she was satisfied with the departure of the former dancer from Faustão, since she considered the opponent responsible for the elimination of Mussunzinho, her ally in the house.

“Duck in the ass,” shouted the funkeira. “Catch it, Mumu, this one’s for you,” continued MC Gui. “Wow, I’m glad you’re watching this here, brother,” snapped Gui Araujo, who had already declared his fans against the dancer.

Erika left the Record program after receiving only 30.24% of popular support. In a disputed vote and with a record of public participation, Dayane Mello received 33.69%. Tiago, considered one of the plants in the edition, was the most voted to continue, with 36.07%.

“Maybe the audience didn’t like my attitude. I was very intense there, it was a whirlwind of feelings in my head there. I put my feet in my hands at various times. I apologized, I made a mistake, I got it right,” said Erika, who left his cheering for Rico Melquiades.