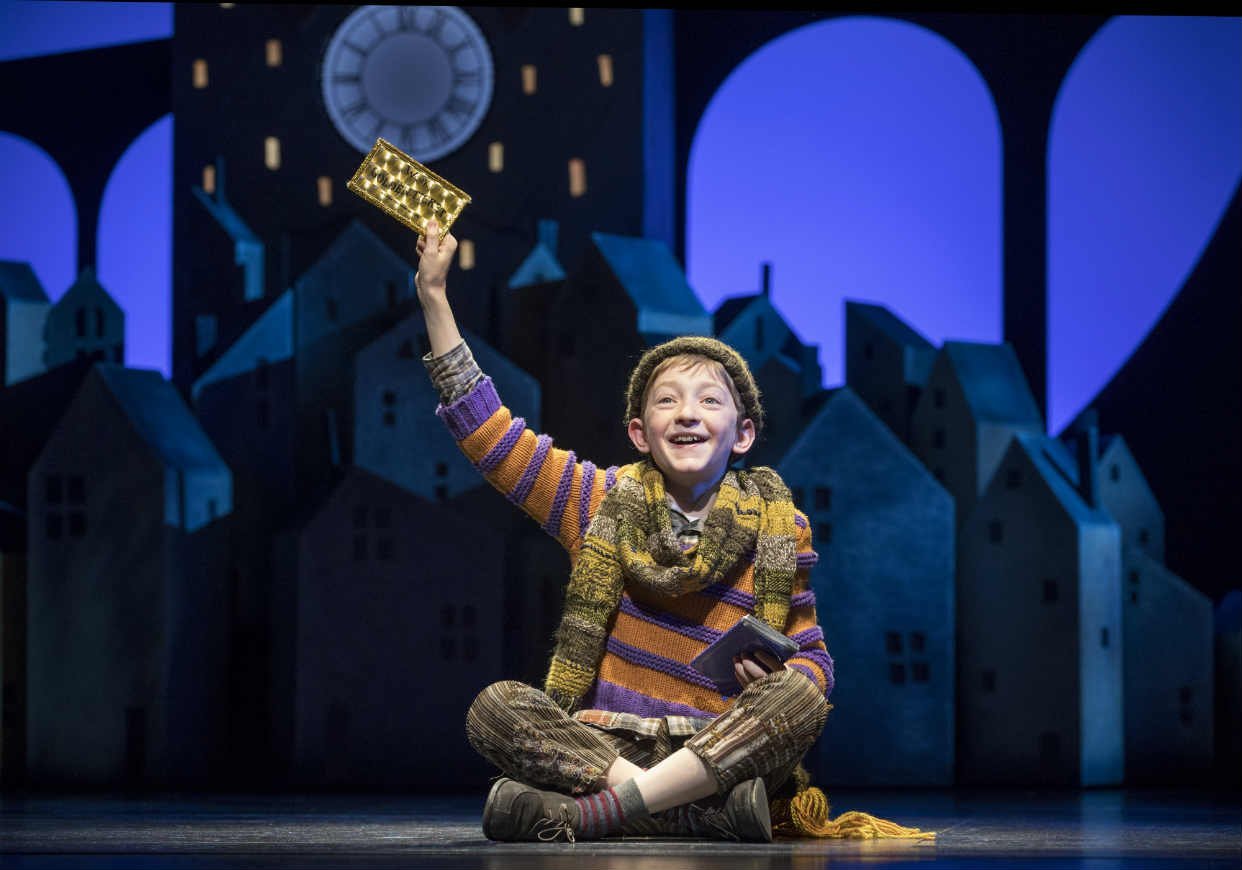 The shock was great: the cast of 38 actors had the scenes prepared, the special effects (mainly the most anticipated, the flight of the glass elevator) properly rehearsed, several tickets were sold in advance, but the premiere of Charlie and the Fantastic Chocolate Factory, the Musical it did not happen on schedule, in March of last year – the inciting pandemic at covid led to the closure of all cultural activities.

“It was a deep shock, but the isolated period allowed us to understand the show even more”, comments actress Sara Sarres, one of the stars of the musical, which opens on September 17 in a new house: Teatro Renault – in 2020, it would be at Teatro Alfa, but the space is now with a compromised schedule and it was not possible.

Understanding is, in fact, essential in a show that, despite its juvenile appearance, brings many lessons between the lines.

Inspired by Roald Dahl’s book published in 1964, the musical (produced by the Artium Institute of Culture) tells the story of Charlie Bucket, a poor boy who finds one of the coveted golden tickets, a passport to visit the mysterious chocolate factory Willy Wonka, a man for years isolated in his thoughts and fantasies.

His intention, by releasing the tour of the factory, is to find a child devoid of defects and ambitions and who will be elected his successor. But in the group that Charlie is part of are selfish, gluttonous, envious and disobedient boys and girls who, for this reason, end up punished and disqualified. None of them have the attributes that Willy Wonka saw in himself when he was a child himself.

“These are universal values ​​that, these days, gain even more relevance”, believes actor Cleto Baccic, who plays Wonka. “The spectacle puts us in front of our limits and shows that, despite the change in concepts, responsibility for actions remains essential.”

“The text shows the necessary awareness that each one needs to have with their actions”, continues Rodrigo Miallaret, interpreter for Joe, the grandfather who accompanies Charlie on his visit to the factory. “When someone breaks the rules, they need to know that there will be consequences.”

“That’s why everything that happens on stage has a purpose,” adds Sara, who says the show will especially help adults reflect on their values. “After all, children become reflections of their parents, which makes taking care of one’s actions all the more important.”

“In addition to showing the mistakes, the show also points to the right paths, as Wonka is a kind of moral leader”, observes John Stefaniuk, a Canadian who is in Brazil to take care of the general direction of the musical, which has 38 actors on stage. , plus an orchestra with 16 musicians. He has experience in the genre, having participated in important productions such as The Lion King e Billy Elliot, but Charlie is his first job as a director – and Stefaniuk will already make his mark.

Starting with the construction of a funny, ironic and full of emotions Willy Wonka. “I don’t like the Broadway version because it’s a bit cold and the London version is very spectacular – we have a third option here.”

Thus, while not forgetting the important moral values ​​preached by the text, Stefaniuk bets on fun and fascination, sensations that the audience shares with the children when visiting the Wonka factory. And for that, he put together a show that promises to surprise.

Starting with the special effects – in addition to the chocolate fountain, the miniaturization laboratory and the squirrel room, an expected moment is the girl who inflates after eating something forbidden. And another is the flight that Wonka and Charlie take in a glass elevator that flies over the stage, a project created by the company Fly by Foy.

To accurately simulate the disappearance of children, eight state-of-the-art projectors will be used, in addition to a gigantic LED panel. And impressive also promises to be the scenario created by the American veteran Michael Carnahan who, at 15 meters high, will be the largest built in Brazil.

In addition to Wonka and the children, what also draws attention are the Oompa Loompa, small beings who work at the factory – on stage, they are dolls created by German designer Bea Brandauer and manipulated by the feet and hands of the actors.

The children’s characters are played by three children each, who take turns at each performance. “I love working with them as they are honest in their responses and, most importantly, they don’t have inflated egos,” observes Stefaniuk.

“The orchestration also brings a Brazilian touch, with quotes from the work of Ary Barroso”, comments musical director Daniel Rocha, who praises the melody originally created by Marc Shaiman. “While the first act is more operatic, the second is more cartoony, with typical cartoon sounds.”