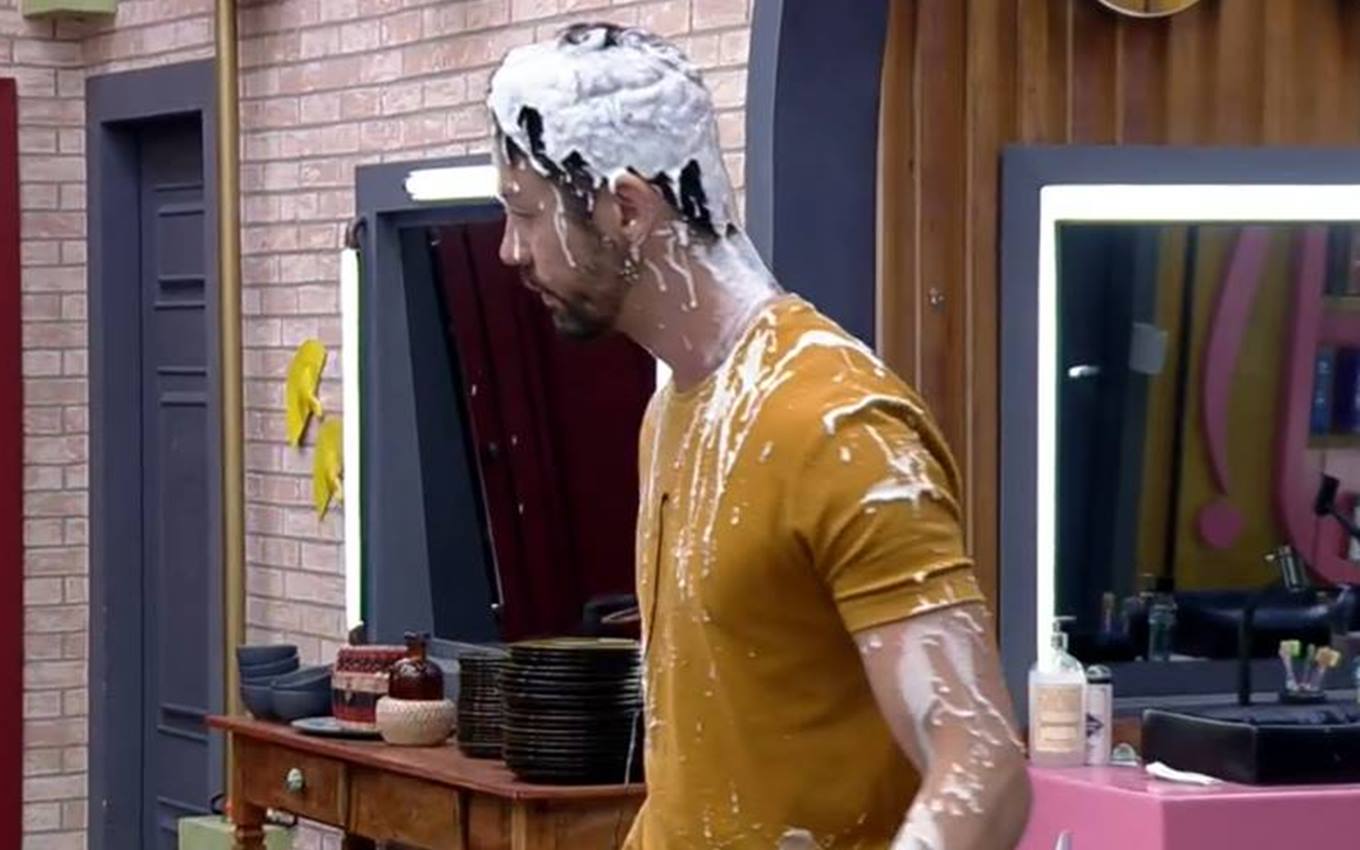 Victor Pecoraro lost patience with Rico Melquiades in the early hours of this Friday (8) in A Fazenda 2021. The actor revolted after the ex-MTV threw out the coffee house and gave the opponent a yogurt bath. The other participants started laughing at the situation.

After Erika Schneider left the game, chaos reigned inside the house. While Tati celebrated the dancer’s elimination, Rico cried for having lost his ally and provoked the funkeira.

“Brazil is seeing so much that it took away Mussunzinho”, he fired. “He took away his friend now, a plant without arguments that doesn’t know how to defend itself”, countered the singer, referring to the former dancer of Faustão. “Is it over there [Tati] is so strong that he couldn’t bring his friend, he forgot to talk to the administrators [das redes sociais] on the day of the garden,” continued the farmer.

angry with his opponent, Rico told her he would throw away the thirsty coffee so she couldn’t drink it. “Have lots of coffee because what’s here I’m going to throw in,” he promised, who then walked to the pantry and picked up the item to discard.

At the same time, Arcrebiano de Araújo and Erasmo Viana tried to stop the pawn. Dynho, in turn, came running over to the influencer. “Play, play, you vacilão,” shouted the funkeiro. “I’m going to play,” stated Rico, who took the coffee pot and discarded it.

Amidst the screaming, Aline Mineiro slipped and fell to the ground. “Did it hurt?” asked MC Bill. The ex-panicat put her hand to her face and began to cry because of the chaotic situation at headquarters. At the same moment, the ex-MTV returned inside the house and showed that he had thrown all the coffee away.

Dynho, again, was on top of Rico and had to be restrained by Tiago. “Vacilão, I want to see if you have a chest outside. In here, you don’t have a chest,” he fired. “It hits me, it hurts me”, provoked the Alagoas. “Your cock in the ass,” continued the funkeiro.

When the inmates seemed to have calmed down, Victor grabbed the yogurt and threw it at Rico. The Alagoan then found a pot of ketchup and shot the actor. “That’s right, Victor,” cheered Tati.