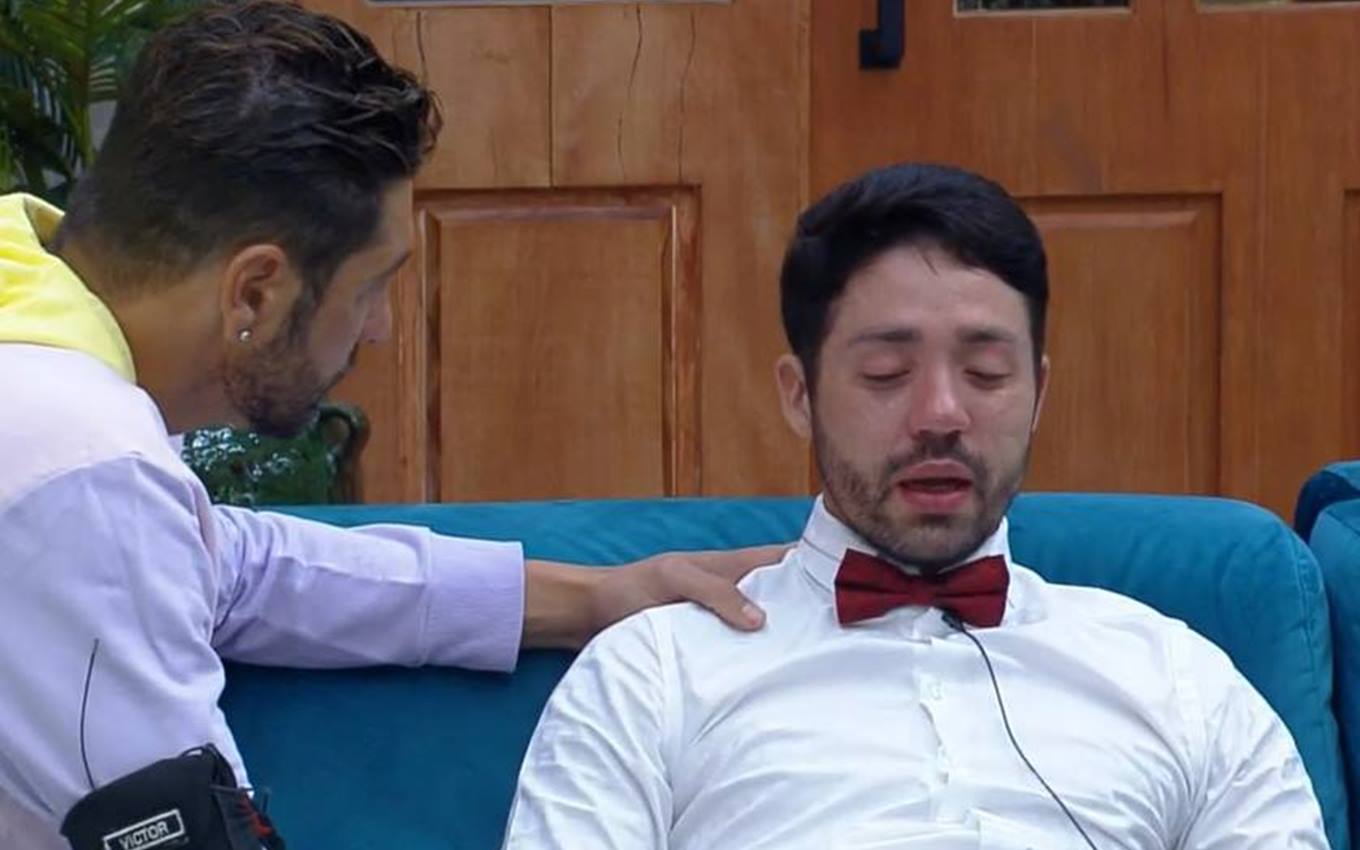 Victor Pecoraro apologized to Rico Melquiades after throwing yogurt in the influencer’s face in A Fazenda 2021. At dawn this Saturday (9), the actor approached his rival while he was crying and regretted having lost his patience the day before. “Can you forgive me?” asked the former SBT contractor.

Shaken by the elimination of Erika Schneider, Rico abandoned the party and burst into tears in the headquarters room. “Why did she go out?”, he lamented in conversation with Valentina Francavilla. “It’s part, everyone will leave,” replied the stage assistant.

Victor sat beside the Alagoas and also sympathized with the moment. He wiped the tears of his fellow inmate and stated that he will still be able to count on other people in the game. Then Pecoraro apologized for throwing yogurt at the ex-MTV.

“Sorry about yesterday,” said the actor. “I’m sorry too,” Rico continued. “Can you forgive me?” Pecoraro reinforced. “Yes, sorry about the coffee. Every action has a reaction, if I hadn’t had that action [de jogar o café fora], you wouldn’t have had that reaction,” replied the man from Alagoas.

In another excerpt of the conversation, Victor stated that he would not be the winner of the R$1.5 million prize, but advised Rico to try to avoid fights in order to become a better person. “Let’s do our best,” added the former SBT.