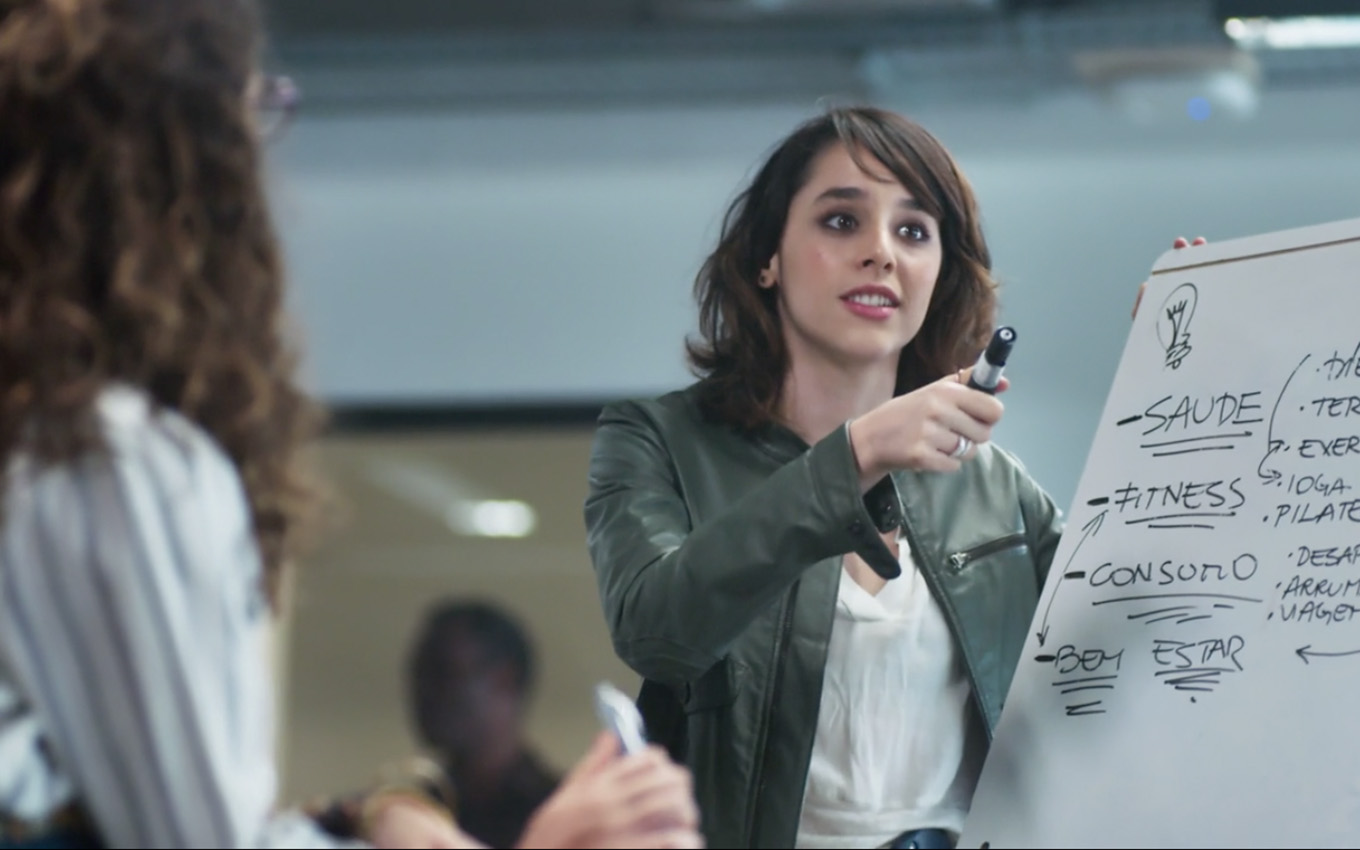 Lica (Manoela Aliperti) was the main responsible for opening up the contradictions of Generation Z in this Friday (1st) episode of As Five. After taking off a job on a news portal, the young woman appropriated the dramas of her own friends to outline a profile about young people born at the turn of the 2000s – with the right to criticism of President Jair Bolsonaro and the militancy of the big screen on the networks social.

The friends decided to go through an ambitious report that Marta’s daughter (Malu Galli) proposed in order not to lose the job Samantha (Giovanna Grigio) indicated to her. At first, they amuse themselves with the descriptions of the patricinha for each of the girls, especially with the passage about Tina (Ana Hikari).

Manoela Aliperti’s character highlights that Telma’s sister (Tati Ang) represents the ideals of a generation that does not accept injustice and breaks with prejudice. She mentions that, for example, the neighbor wrote a song to criticize a veto by the Federal Government for the advertising of a state-owned company because it contains too much representation.

The plot makes reference to the criticisms that President Jair Bolsonaro made to an advertisement of a state bank, in whose video appeared young blacks and whites, with colored hair and tattoos. The commercial went offline at the time and the institution’s marketing director was fired.

Tina opens fire on the politician when composing a new song, with explicit references to Bolsonaro as the nickname “captain” and the catch phrase “ok?”. Noburo’s daughter (Celso Takeshi) does not like to read that she is more concerned “with the number of followers, likes and comments” than the country itself.

Cao Hamburger’s text makes a point of highlighting a phenomenon that is known on the networks, especially on Twitter, as the “militant of the big screen” – a group of people who seize progressive guidelines just to attract attention and promote their own image .

Against the wall, Lica decides to pick a fight with her friend and remembers that she didn’t even get out of bed to vote in the last elections. “Is our activism real or is it a form of self-promotion, after all we are narcissists and exhibitionists. Or social networks would not be successful”, reads Ellen (Heslaine Vieira), causing a split in the group.

What has happened so far

Recorded in São Paulo, As Five pays homage to São Paulo’s urban life. The protagonists live in the central region of the city, and several known points in the metropolis are seen in the plot, such as Ibirapuera Park, and the neighborhoods of Liberdade, Higienópolis and Santa Cecília.

The first episode of the spin-off shows the meeting of the protagonists at the funeral of Mitsuko (Lina Agifu). Tina’s mother died after a long battle with cancer, and the group of friends talks again.

However, this is not the only emotion that has ever happened in As Five. Benê discovered that Guto (Bruno Gadiol) is gay and moved in with Lica (Manoela Aliperti). Ellen (Heslaine Vieria) is in a doomed relationship, and Keyla parked her career to live for Tonico.

The Five is a series derived from Malhação – Viva A Diferença (2017). Chapters are made available on Thursdays at Globoplay. In addition to the summary of the spin-off episodes, check out the spoilers from the youth series that are published by TV News

In addition to following the news of As Five here on the website, subscribe to the channel TV News on YouTube and watch videos with revelations of what will happen in other soap operas and series.