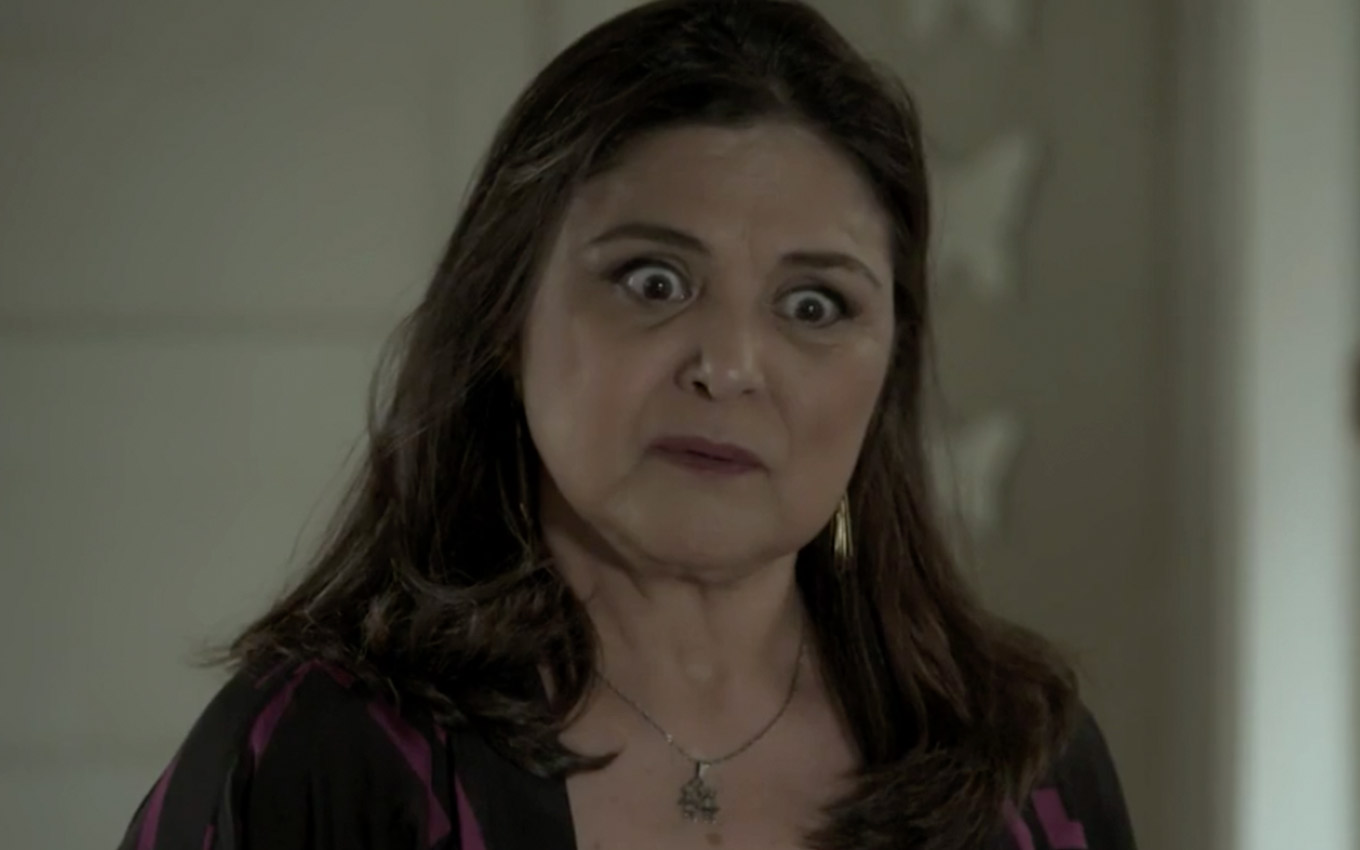 In A Força do Querer, Aurora (Elizangela) will not be intimidated by the new status of Rubinho (Emilio Dantas) and Bibi (Juliana Paes) in the world of crime. After discovering that the couple wants Dedé (João Bravo) to stay at Morro do Beco, the veteran will become a jaguar. The housewife will go to the community to take her grandson out of contact with the drug trafficking bandits in the nine o’clock soap opera.

Candida’s friend’s spore (Gisele Fróes) on her daughter and son-in-law will happen next Friday (15) in the plot of Gloria Perez. After Dedé spends the day with his parents on the hill, Aurora will discover through Bibi that the boy will stay in the favela for longer.

With hatred for the heiress’ irresponsibility, the retiree will decide to go up the hill to find her grandson. Upon arrival at the couple’s new luxurious home, the housewife will ask the boy to collect his things to leave. “Eat a little business with us”, asks Rubinho, trying to be polite, sharing a delicacy that he will be tasting.

“No. Let’s go, Dedé. I don’t want anything!”, Reinforces Edinalva’s colleague (Zezé Polessa), in a hurry to leave the hiding place of the then crime boss. Upset, Bibi will call her mother’s attention for her lack of education.

“Are you going to ruin the boy’s happiness? Don’t you realize that he wants to stay here playing with the toys? He doesn’t want to go home, no”, replied Carine’s future rival (Carla Diaz), disappointed. However, before the veteran responds, she will ask her grandson to take her things and leave them alone.

Bibi and Rubinho will be surprised by Aurora

“And you, see if you don’t carry a gun in front of your son”, points out the housewife, referring to the rifle that Rubinho has. Sabiá’s partner (Jonathan Azevedo) will not like an ear tug and will pin the sassy mother-in-law: “You don’t change, do you?”, He will let go.

“But you have changed a lot, and for the worse,” replied the veteran. Even before the discussion gets hot again, Dedé will appear with packed bags, and the trio will pretend to be full.

Without knowing about the conflict of relatives, the boy will ask to take the toys he got from his parents, but Aurora will remain adamant: “Leave it for another day, Grandma will take you for a walk in that mall, remember?”.

Before his grandson and grandmother leave, Rubinho will make it clear that he intends to go head to head with his mother-in-law if the veteran spoils his relationship with his son. “When you want your toy, you tell me that I will take it. Anytime you want, okay?”, Will end the thug to the boy.

Globo has already recorded the final 23 chapters of Amor de Mãe, but Manuela Dias’ booklet will only return with the unpublished scenes in March, after the re-presentation of the “special edition” of A Força do Querer.