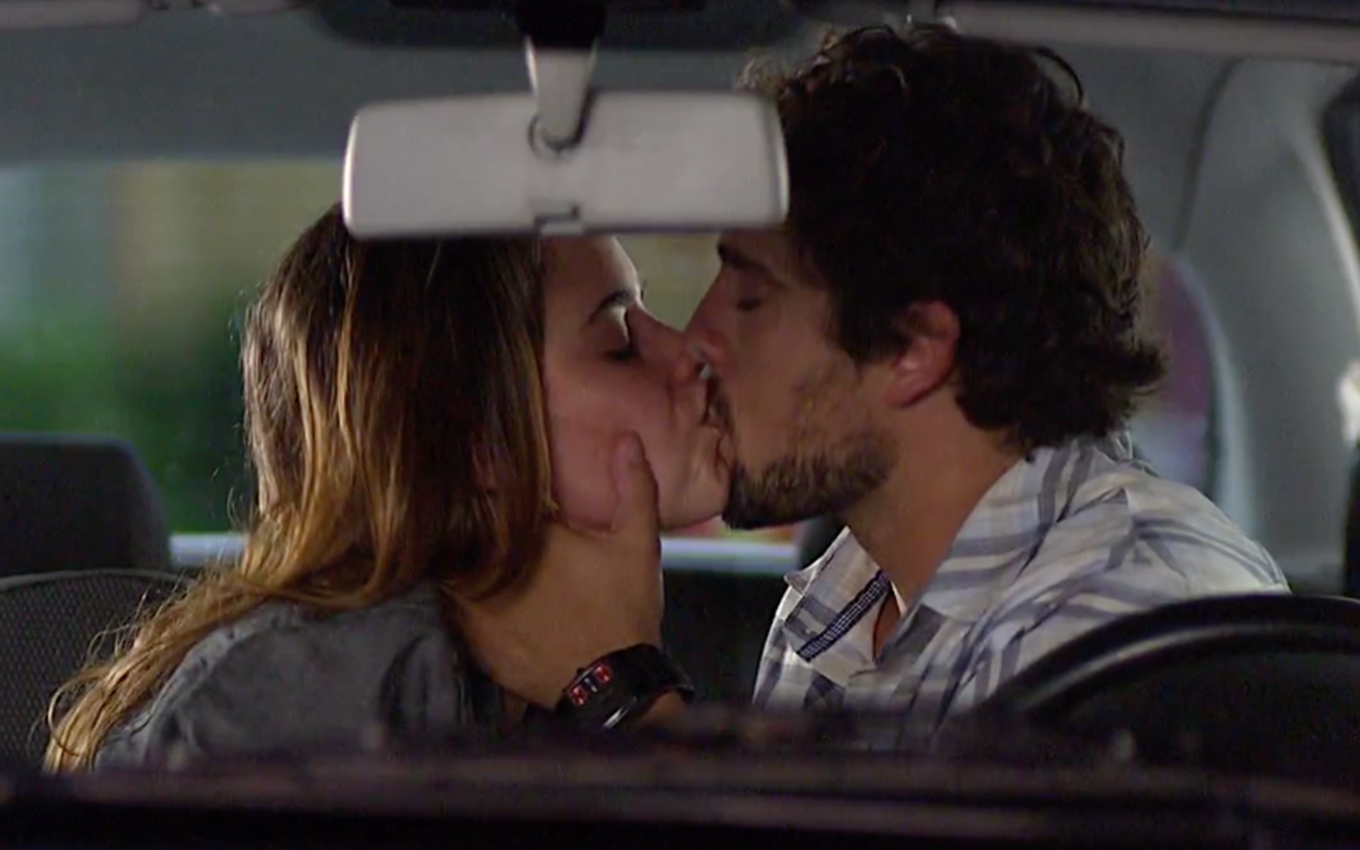 Rodrigo (Rafael Cardoso) will lose his head when trying to settle accounts with Ana (Fernanda Vasconcellos) in A Vida da Gente. After an explosive encounter right under the nose of Manuela (Marjorie Estiano), the architect will look for his ex-girlfriend. He will not resist and kiss her in the six o’clock soap.

Nanda’s brother (Maria Eduarda de Carvalho) runs away from the former tennis player like the devil in the cross in Lícia Manzo’s booklet. She, by the way, also does not make things easier for the heartthrob, who fights not to fall into temptation every time he finds her at home around Júlia (Jesuela Moro).

In one of these encounters, the character of Rafael Cardoso will no longer be able to contain his repressed desire, will reveal that he is still in love with the ex-sportsman and, almost, will not take her in his arms. Manuela will arrive just in time and catch her husband and sister in tears – not even imagining that she was about to be betrayed.

Rodrigo will no longer be able to sleep in peace after the incident and will seek Ana to vent in the scenes that will be shown on the 26th. “We need to talk, don’t you think? Even if it’s half an hour. I can’t go home like that, and neither can you”, says the architect.

“But nothing is happening”, will disagree with the protagonist played by Fernanda Vasconcellos. “Do you call anything that happened at home?”, The boy will insist.

Ana will explain that she is still adjusting to reality, since the four years in a coma still seem only a month or two to her. “With me it’s the same thing, every time I look at you it seems like it was yesterday”, Rodrigo will shoot. “It turns out that it can’t be like that. We can’t do that, you don’t have the right,” said the former tennis player. Rodrigo will be extremely sincere next:

What do you mean I don’t have the right? You who have no right to run away like that. Because it was because of that, out of your fear, that things happened that way. If you hadn’t left without saying a word to me, if you had said to me that you were expecting a child of mine.

He will remember that the ex-athlete went to Patagonia to hide the pregnancy and even made all the wishes of Eva (Ana Beatriz Nogueira), including hiding that Julia was his daughter for months. “And you never apologized for that,” adds the handsome guy.

“Of course I have a notion. I was going to do this on the day of the accident, I was going to Gramado to tell you the truth, to build a life that we never had a chance, but then …”, Ana will defend herself, who will hear from him before being kissed the following statement:

But then what? You had the accident, you fell into a coma, I know that. Now, you are here in front of me alive. And what are you going to do with that? Will you deny it again? As much as you don’t want to, as much as you try to deny it, what we feel for each other is not going to change.