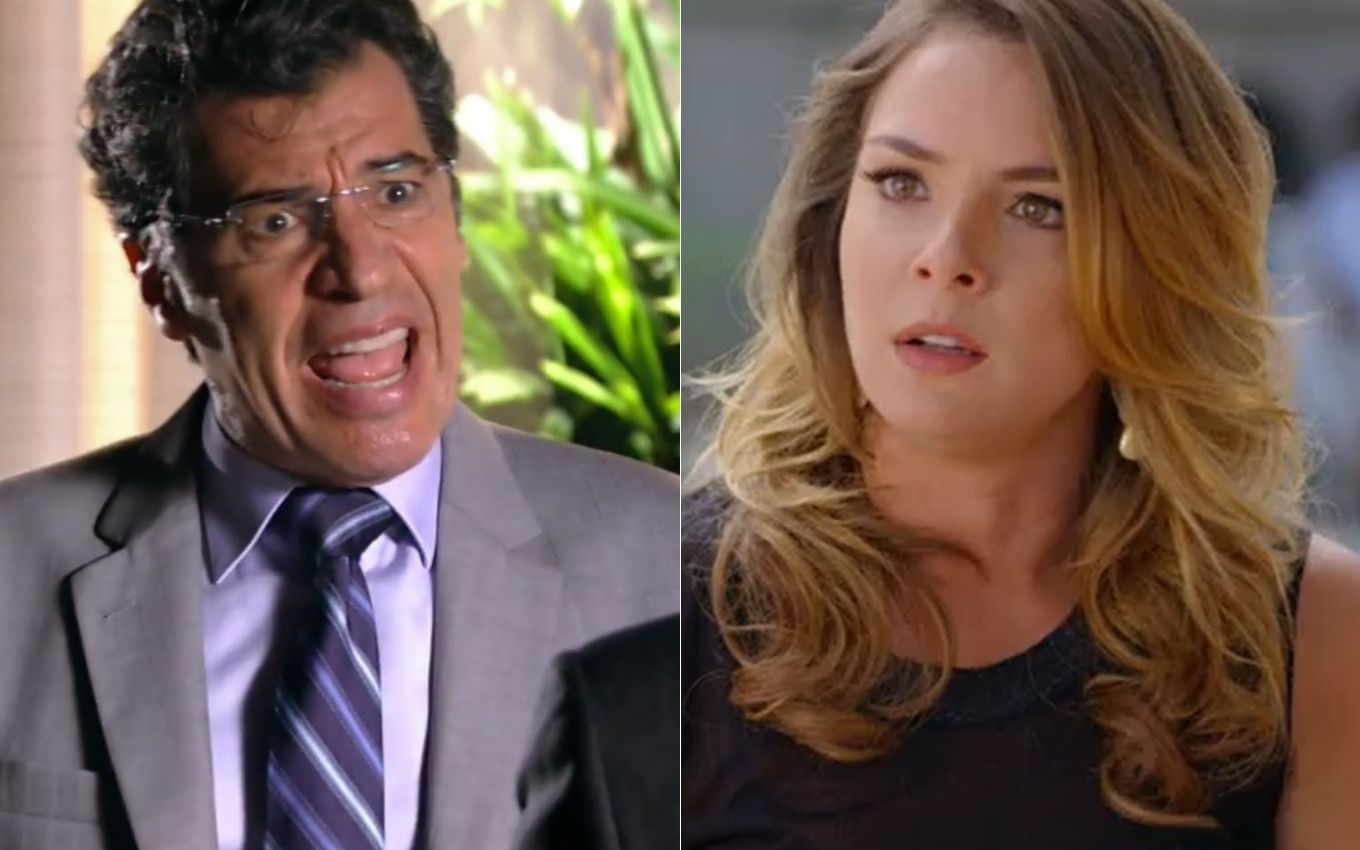 Jonas (Paulo Betti) will make a point of leaving Cris (Regiane Alves) penniless in A Vida da Gente. The lawyer will ask for a divorce after catching the woman kissing Matias (Marcello Melo Jr.). Betrayed, the rich man will take revenge on the six o’clock soap opera on Globo. He will kick the personal trainer out of the house with virtually nothing on his back.

In the scenes planned to go to the air next wednesday (28) in Lícia Manzo’s serial, the dazzled woman will go to a restaurant to meet her husband to talk after being caught jumping with the driver.

However, she will come face to face with Cléber (Tadeu Di Pietro). “Darling, I’ve arranged to talk to my husband, and not his kiss-ass parrot,” will fire Tiago’s mother (Kaic Crescente).

The lawyer will explain that the boss is busy at work and asked him to present a proposal to the woman. “What do you mean a proposal? I don’t believe that rat had the ability to ask for separation through a subordinate. Well, you must know that I’m not going to accept this here”, will affirm the character of Regiane Alves.

The defender will advise that the madam does not have much choice and advise her to carefully read the terms of the agreement. “This proposal doesn’t exist here, this is absurd. It’s offending me. It says clown here [na testa], sucker? Don’t I dedicate the best years of my life to him and go out like that? With nothing from this marriage, with the clothes on your back?”, Cris will revolt.

Cléber will emphasize that the marriage of the two is in a regime of partial community property and will say that the personal trainer would be entitled to half of the property they acquired after the union, that is, none. The lawyer will even say that the blonde is young and can work to support herself.

“As you two didn’t have children either…”, he will complete. “Oh no? And Tiago is what by chance? Is he the result of my imagination?”, Matias’ boss will be indignant.

“Tiago, under the law, is the son of the lady with Mr. Lourenço [Leonardo Medeiros]. Once this sentence is published, it is up to the legitimate parent to provide food for the child. Dr. Jonas asked me to inform you that from that date on, it is up to you, with your own conditions, as well as Mr. Lourenço’s income, to cover the boy’s expenses,” Rodrigo’s father’s employee will release (Rafael Cardoso).

“You can’t be serious. Listen to what I’m saying, you worm. It won’t stay like this, Jonas will pay me dearly for it,” threatens Vivi Mourão’s (Malu Valle) friend.