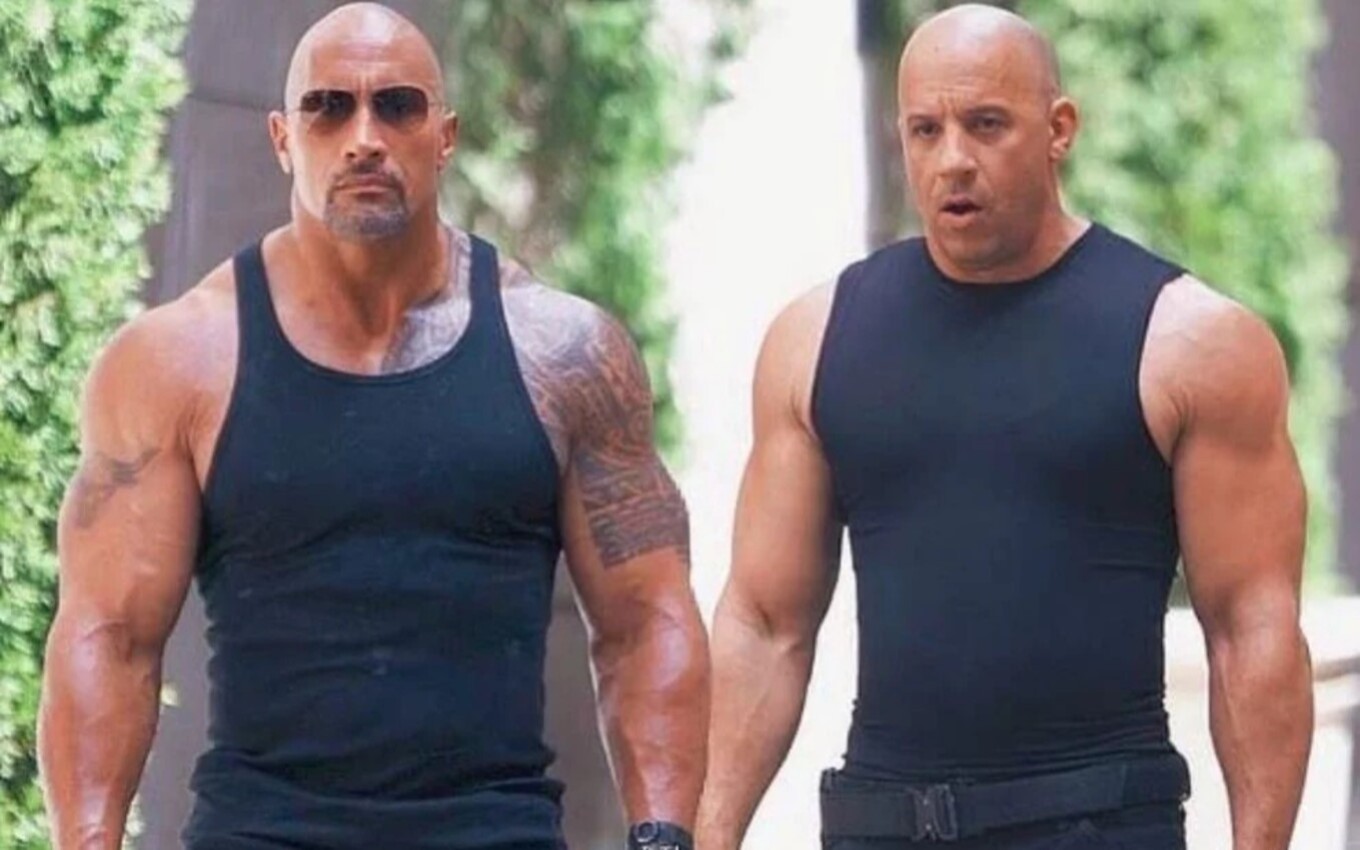 The fight between Dwayne ‘The Rock’ Johnson and Vin Diesel gained another chapter this week. Since 2019, when the former WWE wrestler agreed to star in Hobbs & Shaw, the first film derived from The Fast & Furious, the two have argued frequently through the media and social media. According to rumors at the time, the actor who plays Dominic Toretto in the saga did not approve of the idea of ​​a solo film by policeman Luke Hobbs. In a new interview, The Rock revealed the real reason for the fight with his professional colleague.

In a testimony to Vanity Fair magazine published on Tuesday (12), the actor said that the differences between his philosophies and that of his professional colleague were what caused the disagreements. Hobbs’ interpreter explained:

My philosophy is to see everyone as equal. I look at the studio as a partner. I see production members, regardless of role, as equivalent. With appreciation and humility, I respect the process and all other human beings involved.

The Rock continued their train of thought: ”I think it’s important to be honest with other people and always look into the eyes of whoever you’re talking to. And if you say you’re going to do something, do it”.

With that statement, the Jungle Cruise star implied how Diesel’s attitude was behind the scenes — in other words, the opposite of everything he said he thought was important. Even after all the arguments, the actor who lives Toretto in the franchise justified the disagreement as something normal for two ‘alpha males’.

In 2019, the pair even made up. However, the truce came to an end during the disclosure of the release of Fast & Furious 9 (2021). Diesel talked about his relationship with Johnson and revealed that the fight happened because of his charges. In the vision of the protagonist of the franchise, he was just trying to get the best performances from his partners.

Without the participation of Johnson, Fast & Furious 9 debuted in June this year. Watch the movie’s subtitled trailer: