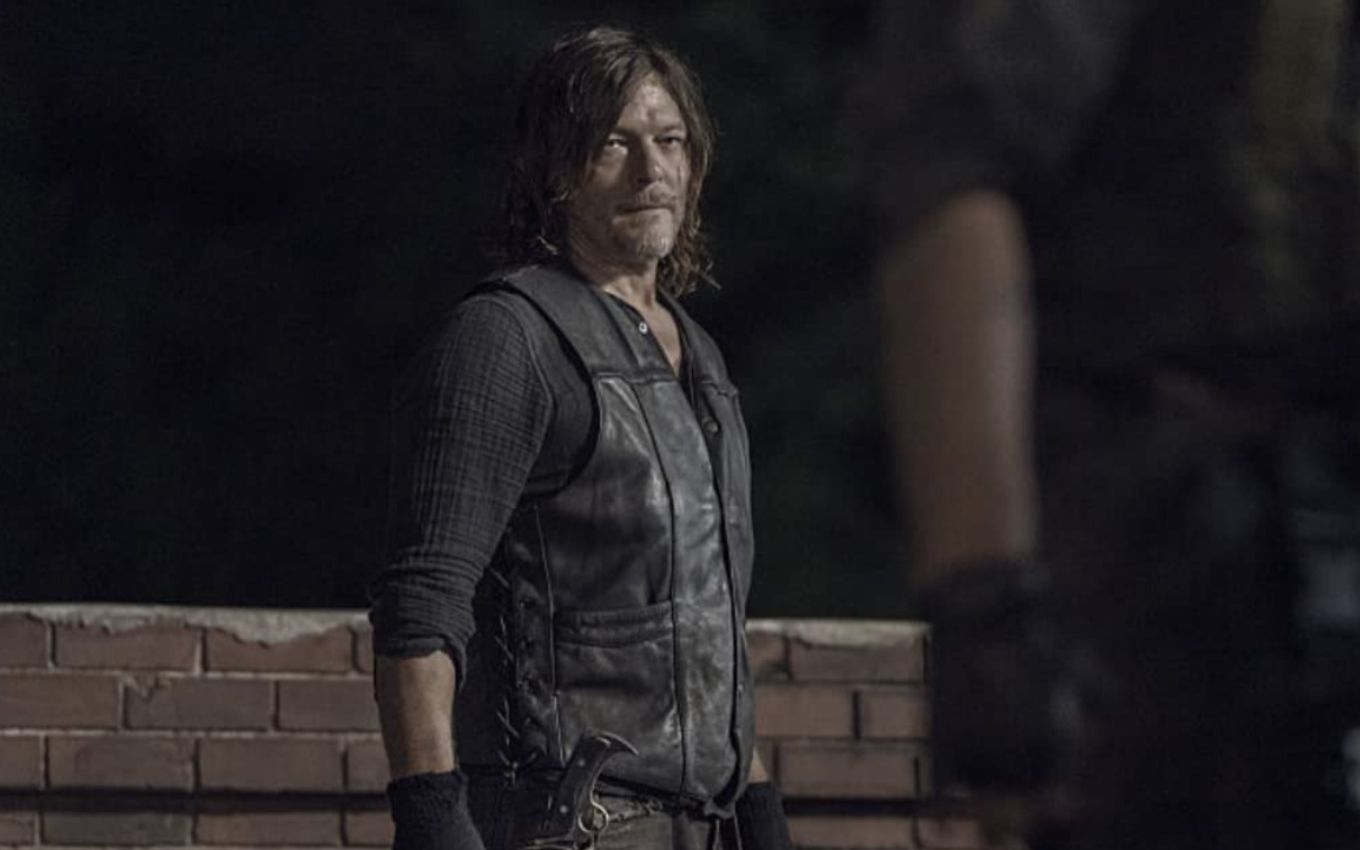 The first part of the 11th and final season of The Walking Dead comes to an end with the airing of its eighth episode on Sunday (10). Before going on hiatus until February 2022, the zombie drama showed Daryl (Norman Reedus) suffering a painful betrayal and preparing for the inevitable war between Maggie’s (Lauren Cohan) group and the Shredders.

With the title For Blood (For Blood, in free translation), the new episode goes on two fronts. The first focuses on the drama of Daryl as an undercover agent for the Shredders. Alongside Leah (Lynn Collins), he sees Pope (Ritchie Coster) go mad to capture and kill Maggie and her friends.

Within the villain community, the protagonist watches Maggie, Negan (Jeffrey Dean Morgan) and the others imitate the Whispers and mingle among the undead in zombie masks to organize the horde and confuse enemies. In this way, they can get closer and closer to the gates.

With the relationship shaky, the tension between Leah and Pope gets worse when the leader of the villains is not sensitized to the death of a companion sent by him on a seemingly easy mission. Daryl’s ex-girlfriend then realizes that his old friend would sacrifice everyone to achieve his goals.

With the tension between the Shredders on edge, Daryl manages to get Maggie and Gabriel (Seth Gillian) to break through the walls of the community and find weapons to face the enemies. Outside, Pope orders his allies to use a secret weapon capable of killing countless people at once.

Realizing that the attitude would kill his friends, Daryl confesses to Leah that he is an ally of Maggie and asks for help from his former lover. The blonde is furious with the marrow, who justifies his actions saying that he is taking care of his family, and that she would have done the same.

Inside the Shredder’s hideout, Maggie manages to open the gates and causes chaos as the zombie horde enters the place. Bewildered by what has happened, Pope orders Leah to use the secret weapon across the courtyard and admits he doesn’t care that some of his allies die in the process.

To save her friends, Leah kills Pope, but tells everyone that the culprit in their leader’s death is Daryl. Betrayed and with his deceit exposed, the silent heartthrob flees and runs to join Maggie before the Shredders use the weapon to kill them all. The war between the groups, however, will only be shown after the hiatus from the series.

At the other end of the episode, the Alexandrian group led by Carol (Melissa McBride) is forced to seek shelter in a single house to escape a terrible storm and protect themselves from the zombie-infested region. The story barely advances in this core and only shows the survivors trying to overcome another day within the apocalypse.

The highlight of the ward is for Rosita (Christian Serratos). Tired of waiting for the storm to end, she leaves the house to kill all the zombies that threaten her friends. Inside, Judith (Cailey Fleming) shows that she inherited Rick’s (Andrew Lincoln) leader blood and protects the other children as if she were an adult.

Season 11 of The Walking Dead is aired exclusively on Star+. After the hiatus, the second batch of episodes is set to premiere on February 20, 2022.