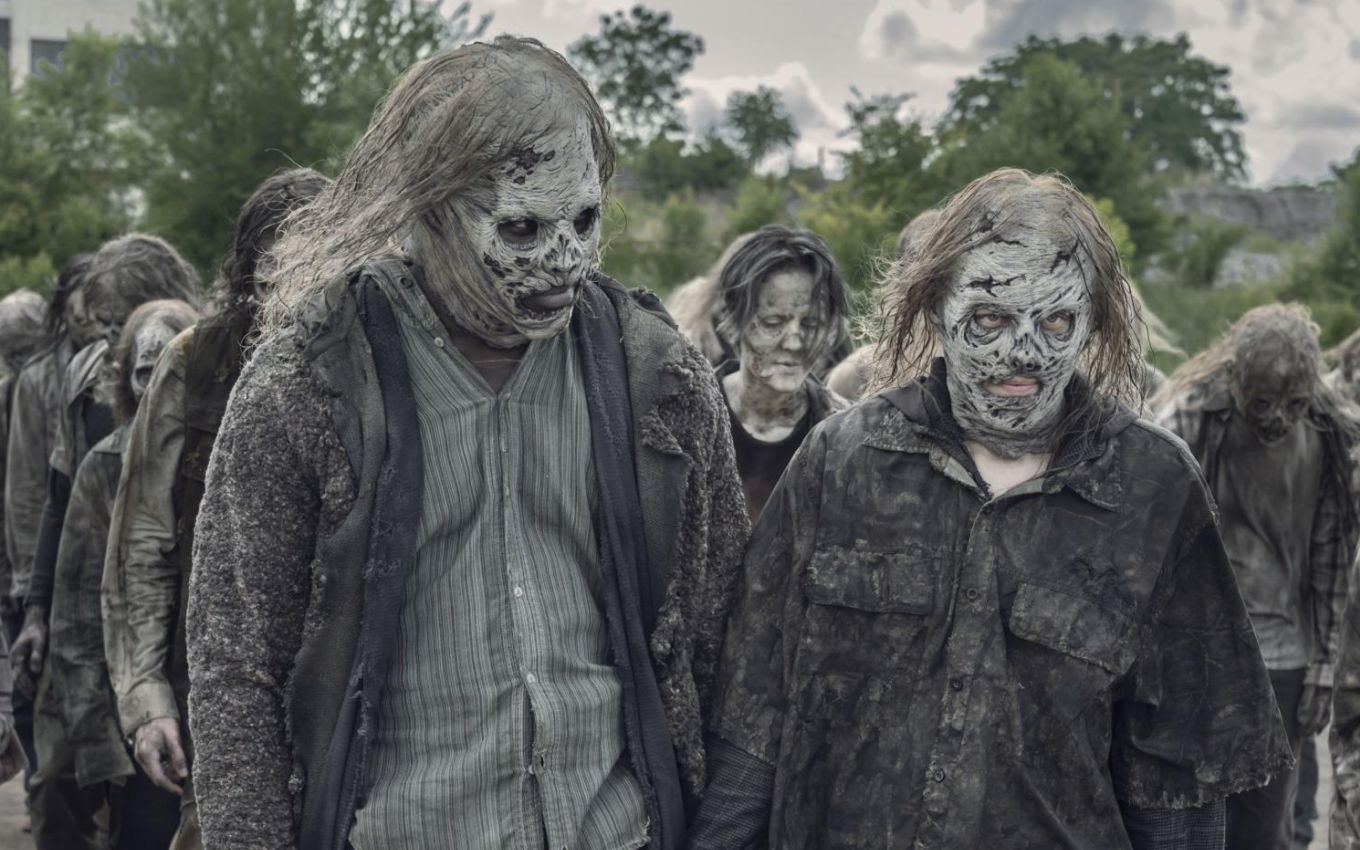 Though basically defeated, the Whispers still make an appearance on The Walking Dead. Or at least survive their unconventional methods of wearing masks with the faces of the undead to blend in with the crowd. Negan (Jeffrey Dean Morgan) and Maggie (Lauren Cohan) needed to do just that in the seventh episode of season 11. Zombies for a day, the two seem to have buried — at least temporarily — the hatred between them.

With the name Promises Broken (Broken Promises, in literal translation), the episode aired this Sunday is divided into three main groups. The first is precisely that of Maggie, Negan, Gabriel (Seth Gilliam) and Elijah (Okea Eme-Akwari), who escaped the attack of the Shredders with the help of Daryl (Norman Reedus), infiltrated in the new rival group.

To continue her journey without taking any new risks, Lauren Cohan’s character relents and asks for help from her arch-enemy, whom she has already promised to kill. Negan then goes back to his time as an Alpha ally (Samantha Morton) and arranges zombie masks for everyone. In return, he demands that Maggie forgive him once and for all, so that he can relax and not be suspicious of the group’s every move.

The truce doesn’t even signal that a friendship is coming, as the girl follows with one foot behind the anti-hero, even though he makes it clear that her word has great value. Negan doesn’t help himself either, as he claims that if he could go back to the moment he killed Glenn (Steven Yeun), he would have done everything differently: instead of saving several lives, he would have wiped out the entire group. The brucutu’s unbridled sincerity shocks Maggie, who recoils again.

Stephanie and Eugene in action against zombie

The second focal point of the episode is the Commonwealth, the largest human community in the post-apocalypse world. There, Yumiko (Eleanor Matsuura) tries to elevate her friends in the vision of the governor, Pamela Milton (Laila Robins). However, a reckless attitude by Eugene (Josh McDermitt) puts everything to waste.

It’s just that the know-it-all was put in to “clean up” buildings (ie, exterminate the zombies out there) for community expansion, along with Ezekiel (Khary Payton), Princess (Paola Lázaro) and Stephanie (Chelle Ramos).

Despite the thankless task, the group does well and wins points with the local authorities. But a good deed by Eugene backfires: he tries to save a couple of starched young men who are attacked by the undead, but the preppy complains, claims that the killing has spoiled the romantic moment he was having with his partner, and it’s still beginning teasing Stephanie. In love with his radio colleague, the genius punches the boy — who is later revealed to be Pamela’s son.

With that, Josh McDermitt’s character ends up in Commonwealth Jail, and any remnants of goodwill that the locals seemed to have with the group trickles down the drain — Lance (Josh Hamilton) even pressures Eugene to reveal confidential data in exchange for your freedom.

The third highlight of the episode goes to the double Daryl and Leah (Lynn Collins). Infiltrated in the Shredders, the marrento found someone to open up to in the girl, but he still doesn’t know if he can trust her. He begins to change her perception when she goes against a direct order from her superior and allows a young man to run away with his young son — Pope’s (Ritchie Coster) determination was to kill anyone who got in his way.

Season 11 of The Walking Dead is aired exclusively on Star+. A new episode is always available on Sundays on Disney’s new streaming service.