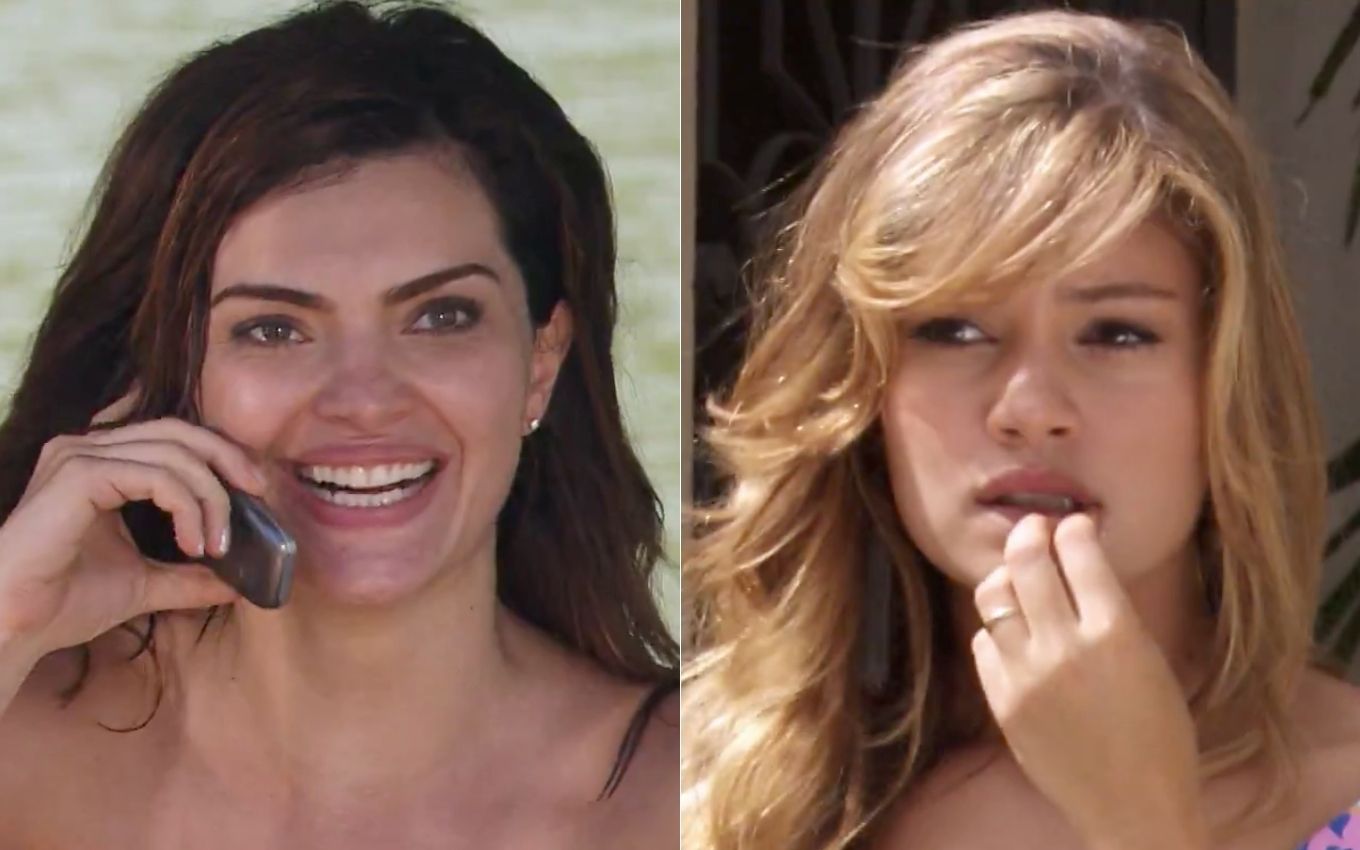 Desirée (Mayana Neiva) will outsmart Stefany (Sophie Charlotte) in Ti Ti Ti. The model will survive her cousin’s sabotage on a boat and on top of that will be able to talk to Nicole (Elizangela) from a desert island. The girl has been kidnapped by Armandinho (Alexandre Slaveiro) in a crazy plan created by the periguete.

the girl will triumph us next chapters of the rerun of Vale a Pena Ver de Novo. The plumber will kidnap his ex-girlfriend on the day of his wedding to Jorgito (Rafael Cardoso) and will take her to a boat. During the trip, Armandinho will discover that the vessel will have run out of gas.

Smart, Stefany will have set up the ambush with the hope of killing the pair. The ambitious is eyeing her husband’s heritage and wants to win the heart of the character played by Rafael Cardoso.

However, Desirée will survive. She and Armandinho will arrive at a deserted island alive, and the model will find a cell phone in the boat: “Oh, it must be Armandinho’s. It must have fallen when the boat shook. I’ll call mainha”, the model will decide. “Daughter? Desirée, are you alright?” Nicole will answer, desperate with the disappearance. “I can’t believe we got to this island,” the brunette will confess.

“Listen to me, where are you?”, the seamstress will ask, afflicted. However, the cell phone’s battery will run out, and Desirée will not be able to say that she was kidnapped by Armandinho.

Without knowing the whole story, Nicole will believe that her daughter is happy to have eloped with her ex-boyfriend. Stefany will hear the conversation from afar and will insist on the lie: “The two are in the greatest love, and the muggles here are suffering”.

“Shut up, I’ll try again… Damn, it’s just out of range”, Nicole will get annoyed. Helpful, Gino (Marco Ricca) will rush to let Jorgito know that Desirée is okay. “Tell me, what? That his fiancée is in the greatest good mood with Armandinho? Is that it?”, the evil woman will insist.

The worker will ask the girl to leave the house to avoid confusion. “The two of them in an old boat, without gas and in the middle of a storm at sea. Now they’re on a beach. Oh, what the hell! How did the idiot and the horse get away with it?” .