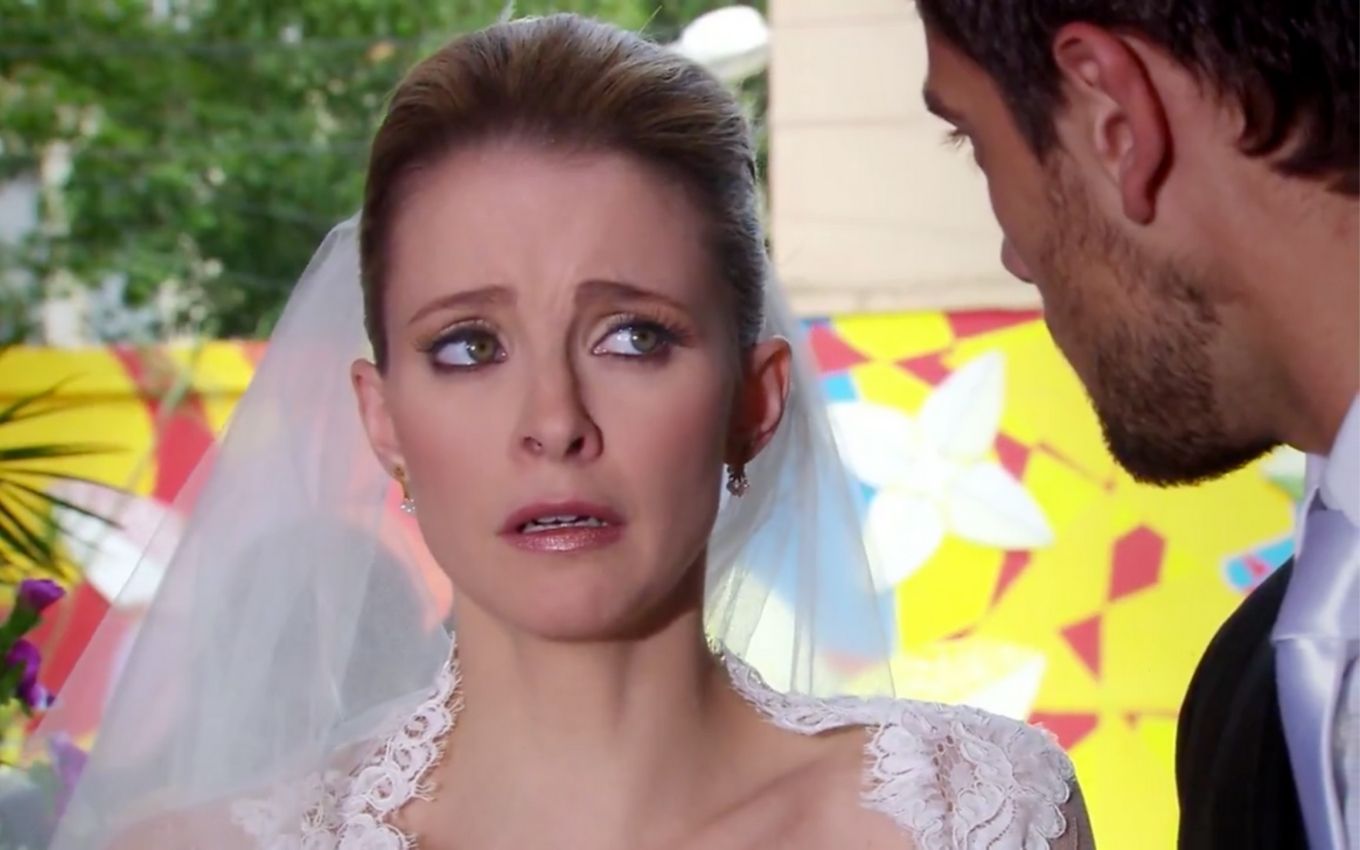 About to marry Edgar (Caio Castro), Camila (Maria Helena Chira) will abandon him in Ti Ti Ti. On the way to the altar, the patricinha will remember everything she heard about her wedding and will realize that the playboy he is not the man of his life. The young woman will flee the ceremony and find Luti (Humberto Carrão) at the door. She will force you to get him out of there.

Next chapters of the reprise of Vale a Pena Ver de Novo, Rebeca’s daughter (Christiane Torloni) will doubt the link with the photographer. The blonde will notice the groom’s lack of interest in the ceremony. To make matters worse, she will have had an intense experience on her hen night.

At the party promoted by Thaísa (Fernanda Souza), the demure will have had some horrors with several strippers. After the evening, she will reflect and find that she did not enjoy anything in life. Luísa’s friend (Guilhermina Guinle) will follow through with the plan and arrive at the church to make her romance official.

However, when the blonde is taken to the altar by the brother, she will change her mind. “Is it the right thing? Should we really get married?”, He asks in a daydream. “Wedding, ceremony … This will all last one day. And then?”, Will Rebeca ponder in a situation imagined by the blonde.

“I think it is a sin for you to marry so young, you should enjoy life, enjoy it …”, Julinho (André Arteche) will advise, also only in the bride’s imagination. “Marriage involves responsibilities, are you so prepared for this new stage?”, Says Bruna (Giulia Gam), in the thought of the patricinha.

“Marriage is not a guarantee for anything, I was created to dedicate myself exclusively to your father, but you don’t have to make the same mistake”, will complete the boss of Gino (Marco Ricca) in another daydream.

The voices in Camila’s head will make the girl freeze in the middle of the ceremony. “What happened? Did you give up?”, Jorgito (Rafael Cardoso) will say when he sees his sister paralyzed by his side. The character played by Maria Helena Chira will not be able to answer and will look at everyone with sadness. The playboy will understand his sister’s message. “Get out of here. Go, get out of here, girl. Go…”, the bad boy will shout.

Desperate, the blonde will turn and run away. Luckily, Luti will be nearby and stop by the church door by chance. “Get me out of here?”, Will ask Orlando’s daughter (Paulo Goulart). “What?”, Will answer Ariclenes’ son (Murilo Benício), confused.

The blonde will reinforce her request, and the young man will answer: “Take the helmet!”, Warns the architecture student. Thus, the pair will leave without looking back.

Check out the photos of the bride’s escape in the soap opera reprized by Globo:

Camila runs to leave the church 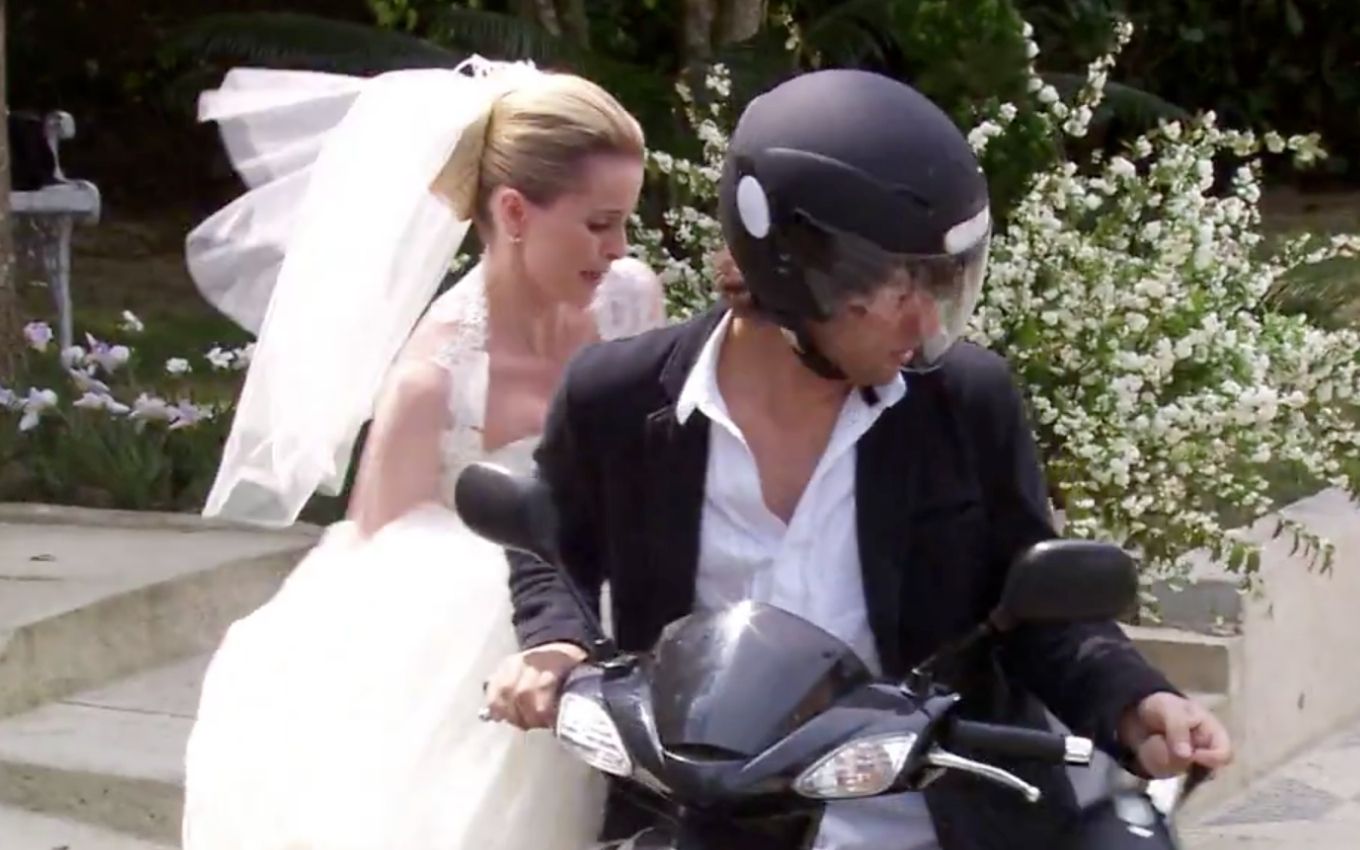 Bride asks biker to take her out of place 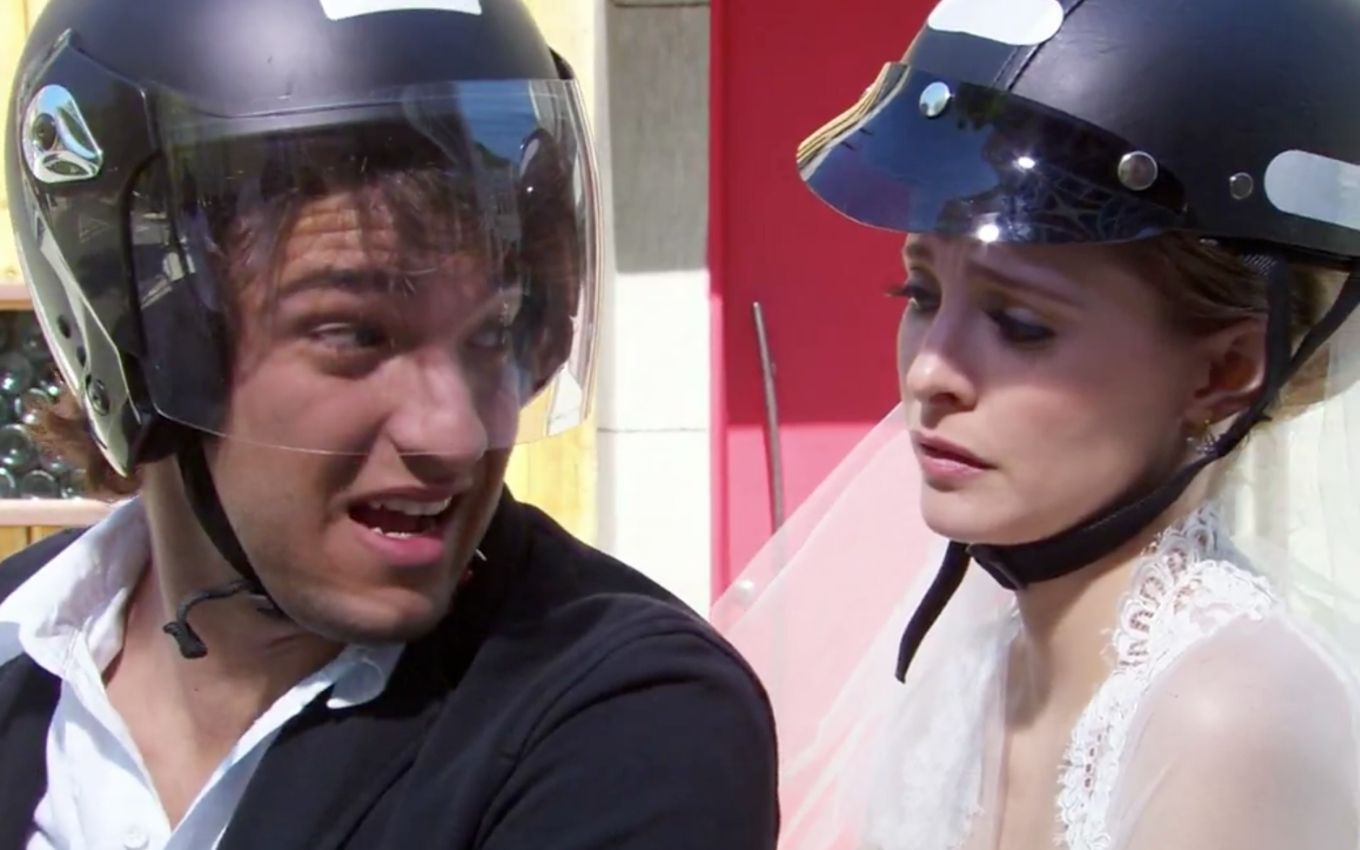