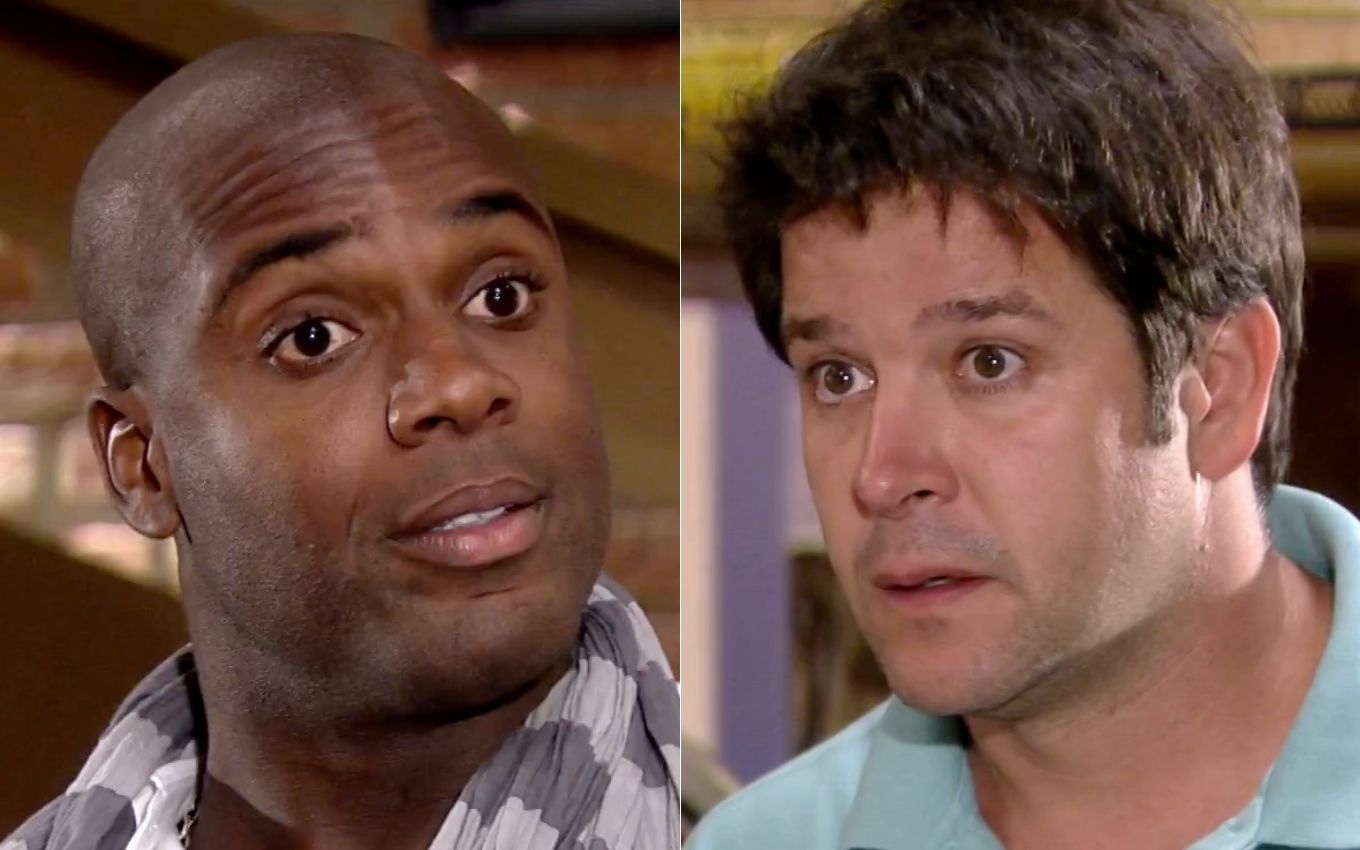 Adriano (Rafael Zulu) will have a dog day to finally make it open that Ariclenes (Murilo Benício) is Victor Valentim in Ti Ti Ti. The journalist will be kidnapped by the faker, who will try to prevent the truth from coming out. The reporter, however, will come back on top and let go. Free, he will publish the bombastic story.

The gossip will end the lie us next chapters of the rerun of Vale a Pena Ver de Novo. Firstly, Adriano will be warned by Stefany (Sophie Charlotte) that Ariclenes is pretending to be the Spanish couturier.

Without proof, the journalist will cause the biggest stir. The character will ask Gigi (Maria Zilda) to go with him to Ariclenes’ house and try to recognize if the man is Victor Valentim. In the past, the rich woman was the milliner’s client.

Once there, the dondoca will confirm the story. Adriano will jump for joy with the scoop:

I killed the riddle. Ariclenes Martins is Victor Valentim, and you’re an accomplice, right, Luti [Humberto Carrão]? Just like Suzanita [Malu Mader] and all that bunch of Belenzinho. I’m in front of the biggest farce in fashion.

“Don’t jump to conclusions, things are much more complex than you think,” Ariclenes will retort, scared. He will even kneel at the journalist’s feet to prevent the news from spreading.

The character will not believe a word of the liar and will ensure that he will publish the story on the magazine’s website: “It’s too late now, darling. Excuse me, I need to reveal this secret to everyone!”, he will say, laughing.

Gigi will feel bad for having harmed Victor Valentim and will throw a vase at the reporter’s head. He will pass out from the thud. “The last thing I wanted was for you to get hurt because of me,” the woman will confess sadly.

Ariclenes will thank her for the gesture and tie Adriano to one of the kitchen chairs. The faker will try to prevent the journalist from dropping the bomb at the time of the show for the new collection signed by Victor Valentim and Jacques Leclair.

Later, Adriano will wake up and be able to get out of the trap. Inattentive, Ariclenes will be in the room reading comments about the parade.

The journalist will take advantage of the distraction to strike the canastrão, and the Spaniard will fall unconscious on the sofa. Without wasting time, the reporter will pick up the opponent’s notebook: “Was the fashion show a success? Old news, darling”, the professional will disdain when he reads a text about the event.

Smart, he will still take several pictures of Ariclenes and publish the gossip on Drix magazine’s website. “Goodbye, Victor Valentim”, he will finish with mockery.