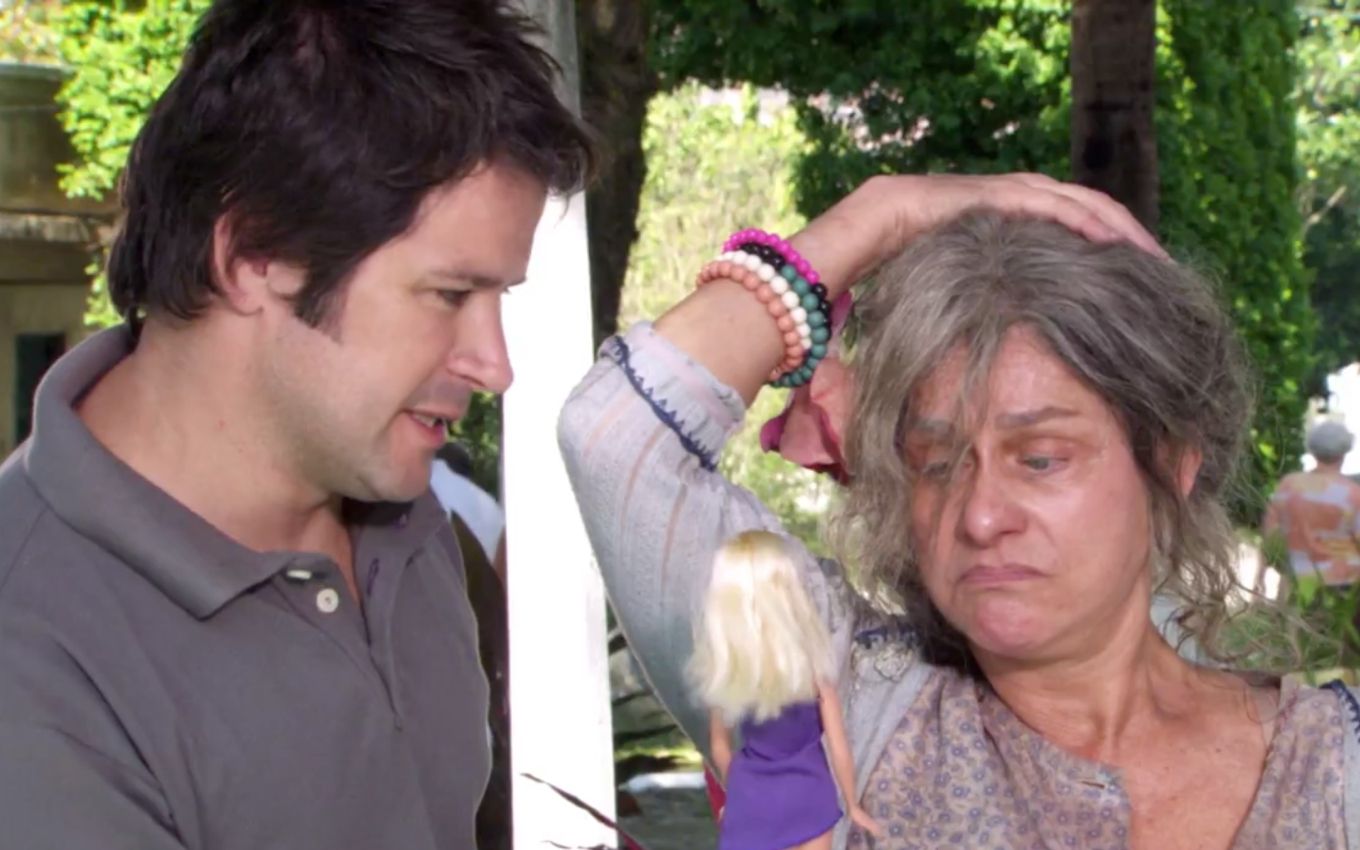 The new outbreak of Cecília (Regina Braga) will threaten Victor Valentim’s career in Ti Ti Ti. Ariclenes (Murilo Benício) will visit the former homeless person in the nursing home so that the veteran can make a wedding dress for Camila (Maria Helena Chira) and will have a surprise. The lady will “incorporate” prostitute Sadie Thompson, the protagonist of the 1928 film of the same name, and will refuse to sew.

In the next chapters of the replay of Vale a Pena Ver de Novo, Rebeca’s daughter (Christiane Torloni) will beg for the trendy Spanish dressmaker to create the outfit for her big day. The charlatan will make the commitment and go to the asylum to order the piece with his “aunt”.

However, Ariclenes will not find Anastasia – the alter ego of the woman who is an accomplished seamstress. Cecilia is said to have taken on the personality of prostitute Sadie Thompson. In cinematographic production, women are the target of Reverend Davidson, a moralistic and prejudiced man.

“Auntie, do you want to stop this?”, Will ask Chico’s friend (Rodrigo Lopez), in a hurry in his request. But Júlia’s sister (Nicette Bruno) will deny knowing the canastrão. “I am not your aunt, I have no family. And tell the Reverend to stay with his hymns and sermons. It doesn’t matter to me that he reports me to the authorities. I’m leaving tomorrow,” said the veteran as Sadie.

Cecília will believe that she is a movie character

Marta’s friend (Dira Paes) will try to get into the game and beg for the dress. “Except that before leaving, could you make a wedding dress? I have a little need”, confesses the farcical stylist.

“Is this how the reverend wants to convert me, regenerate me? If you think he will transform me into a seamstress, he is very mistaken”, concludes the elderly woman, leaving the scene stunned.

Before leaving, Ariclenes will meet nurse Valdete (Priscila Camargo) and share his concern about “auntie”: “Does she do this to forget the past or does she have several personalities?”.

Cecília’s caregiver will not be able to answer, but she will give an advice: “I think you should talk to a doctor”, she will recommend. Cornered, the protagonist will return to his home in fear of his dream of becoming a fashion genius having ended up becoming a nightmare.