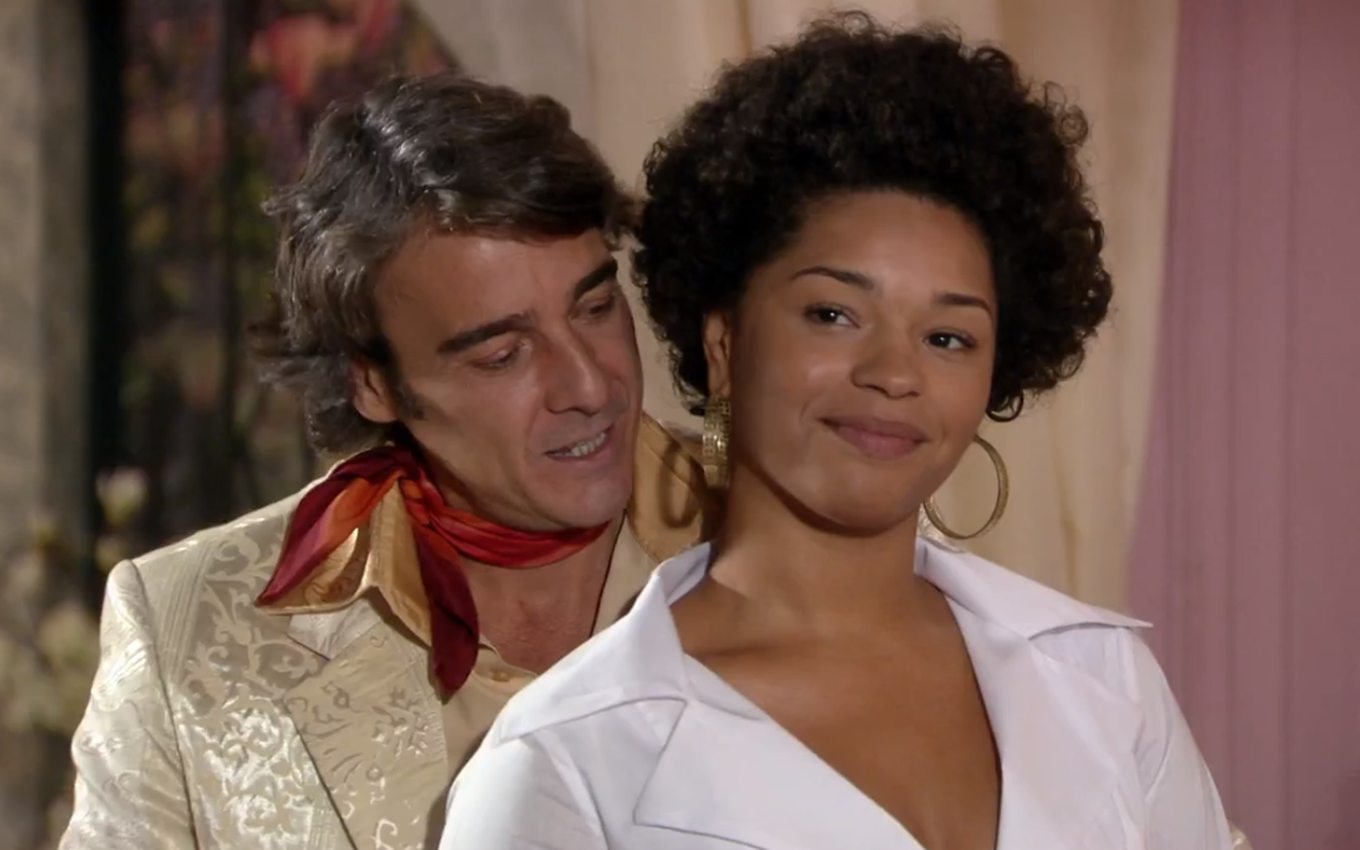 Clotilde (Juliana Alves) will score a great goal by getting a famous ex-model to wear a Jacques Leclair dress (Alexandre Borges) at an important event in Ti Ti Ti. shown at Vale a Pena Ver de Novo.

After being depressed for being detonated on Beatrice M’s blog, alter ego created by Mabi (Clara Tiezzi), and losing the opportunity to have ex-model Luiza Brunet with one of her dresses, Victor Valentim’s rival (Murilo Benício) you will be surprised by Clotilde.

The employee will do everything to invert the game and will be able to score a great goal by convincing Luiza to change her mind and use one of the productions created by the couturier. “She was impressed by my poor fan number begging her to wear her dress,” the secretary will boast.

Jacques Leclair will praise Clotilde and say that she was very resourceful. “At first it was difficult, but I soon realized that she had a soft heart. Then, she just had to cry. But of course she knew what she was buying. The dress was beautiful”, will tell the ambitious, full of mondays intentions.

“You are terrible, huh? You arrived just like someone who wants nothing and has already started giving the cards”, observes the stylist, all fallen for the girl’s cunning, who will be modest. “No, no. You are the dealer. I just suggest some moves that seem more interesting,” said the woman.

She will approach the boss and be very close to him. Already melted by the smartass, Jacques will not even realize that it is already in the hands of Clotilde. “And now, what game do you think is most interesting?”, The stallion will ask.

Clotilde will take the opportunity and grab the boss, giving him a big kiss without any ceremony. The employee’s unexpected attitude will leave Alexandre Borges’ character with wobbly legs and even more inflated ego.