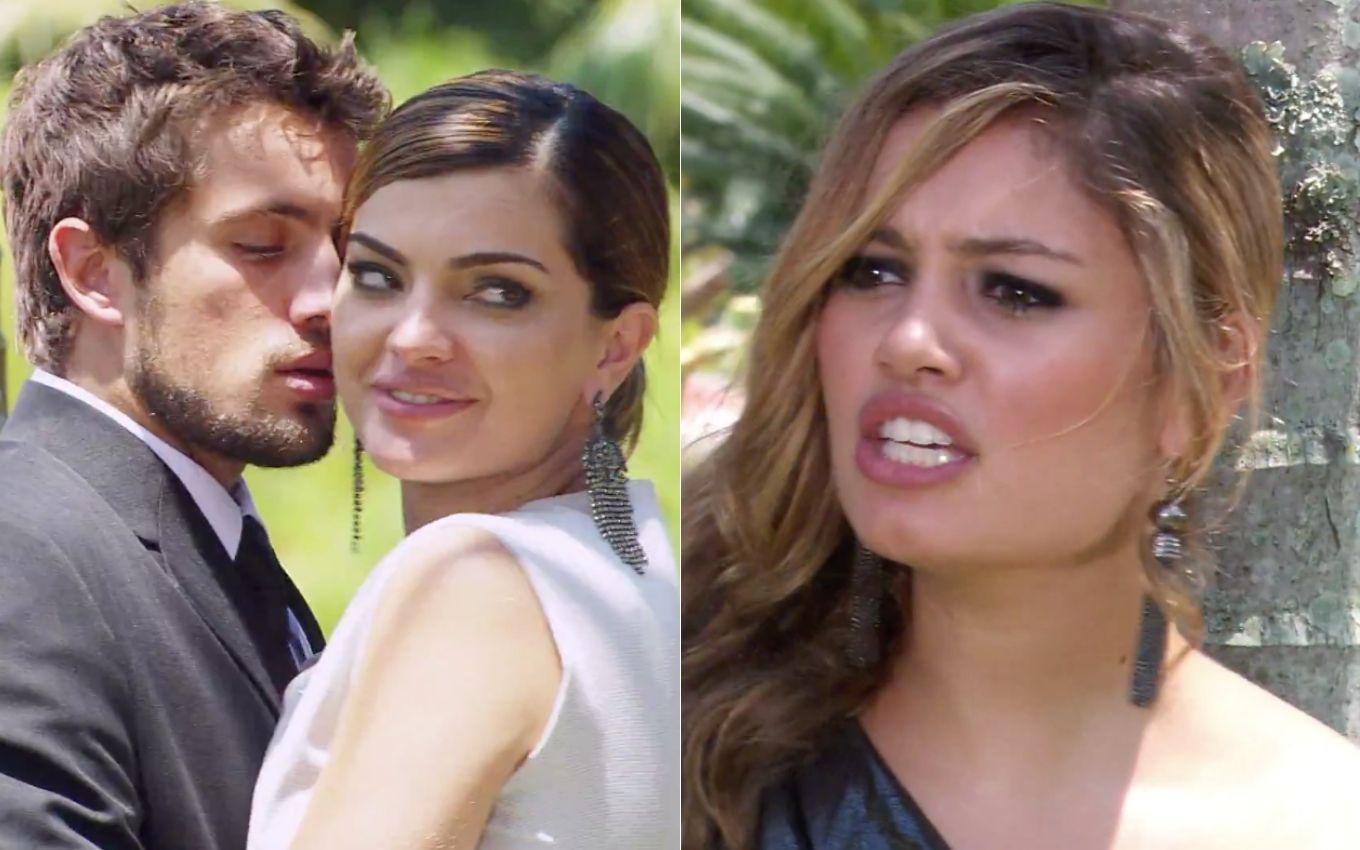 Desirée (Mayana Neiva) will rub her happiness in Stefany’s (Sophie Charlotte) face in Ti Ti Ti. The model will see the envious behind Jorgito (Rafael Cardoso) at Thaísa’s (Fernanda Souza) wedding and will outsmart her cousin. She will kiss her ex-boyfriend in front of everyone and get back to romance before the greedy one tries anything else.

The girl will finally give a stop to the relative us next chapters of the rerun of Vale a Pena Ver de Novo. Stefany reportedly told the press that she is pregnant with Jorgito and caused the biggest stir.

Hurt, Desirée will ask the groom for a break, and the perguette will triumph by separating the couple. The pair, however, won’t be apart for long.

Stefany will use Thaísa’s wedding to get closer to Jorgito, and Daguilene (Daniela Escobar) will take the opportunity to follow her daughter with a camera. The profiteers will want to offer images of the supposed intimate moment to gossip columns in magazines, websites and newspapers.

“Jorgito, my love. I came to talk about our son,” will scream the perguete. The rich man will deny being the father of her child. “After the DNA test comes out, you will accept. This child is ours, and you will believe in my love”, will say the scammer.

From a distance, Desirée will see the scene along with Armandinho (Alexandre Slaveiro). “Look at her mother with the camera and ready to make the news. Only you can save him and stop Stéfany”, will comment the handyman, incredulous.

The character played by Mayana Neiva will listen to her ex-boyfriend’s advice and will march to her envious cousin. First, she will give a blow to her rival to alert: “What are you doing with my fiancé?”, she will peck nervously.

“Your fiance? Because he is the father of my child…”, the false pregnant woman will lie, full of confidence. “Could be, darling. But I’m the one he’s staying with,” decrees Desirée, giving Jorgito a long kiss.

Stefany will see the scene in shock and will scream to get attention: “You don’t love anyone, you use men and then throw them away. Do you think I don’t know that type? Ridiculous! No one will do anything?”

The curious will do nothing, and the sub-celebrity will be even more irate: “What about our son? Everyone will curse your love. Brazil loves me!”, the shrew ended, being booed by the rest of the guests.