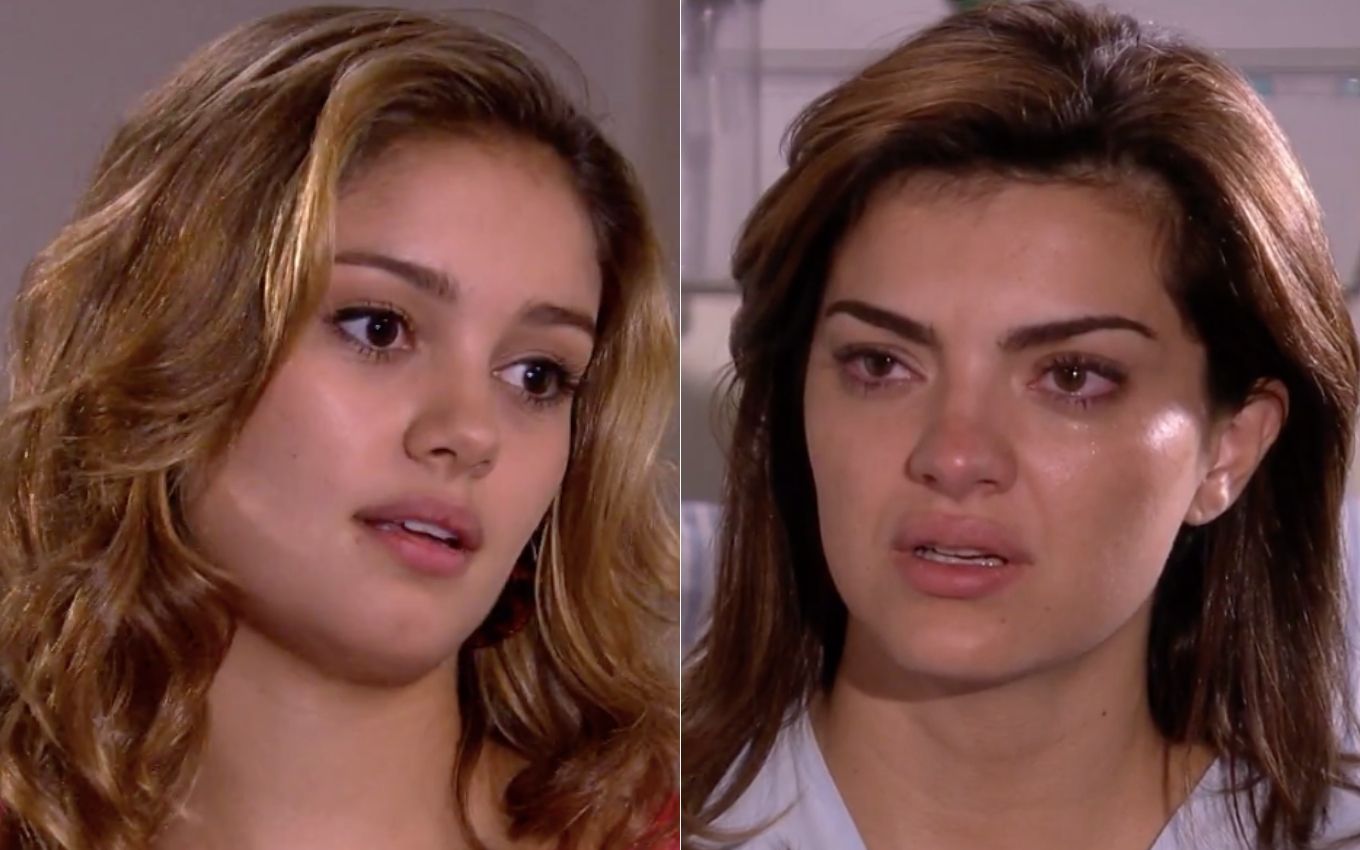 Stéfany (Sophie Charlotte) will rub it in the face of Desirée (Mayana Neiva) who had sex with Jorgito (Rafael Cardoso) in Ti Ti Ti. Hospitalized after being rescued from the desert island with Armandinho (Alexandre Slaviero), the model will receive a visit from her cousin envious. The perguete will make a point of revealing to the enemy that she had taken a shot at the rich man while she was away.

The ambitious will take over the flirting this week in the rerun of Vale a Pena Ver de Novo. As seen in the soap opera, Stéfany had Armandinho kidnap the model before she could marry Rafael Cardoso’s character. The villain plans to stay with Jorgito to enjoy the boy’s fat inheritance.

“Things changed a little while you and Armandinho were there on that island”, will begin the goldsmith. Still bruised from the isolation period, Desirée will be confused. The perguete will continue with debauchery:

I’m talking about me and Jorgito. We both suffered a lot with your disappearance. The media went down killing… Jorgito was a wreck after you abandoned him at the church.

“I didn’t leave. Armandinho who kidnapped me”, will retort the character of Mayana Neiva, nervous. Master of the kidnapping, Stefany will pretend not to know anything: “There’s just the two of us here. You can confess, it’s obvious that you ran away with Armandinho because you wanted to,” the smart woman will suggest.

Desirée will insist that she is in love with her fiancé, and the perguete will tell that she had sex with the boy: “When you disappeared, we both got very close. Only one understood the pain of the other and that was how… We both fell in love”, she will complete.

Jorgito will appear at Desirée’s bedroom door and catch the conversation. “What did you say to her, Stefany?” the rich man will shout nervously.

The periguete, however, will maintain the posture: “I told the truth, that we are together”. Jorgito will deny the relationship, but will say nothing when Stefany reaffirms that he had sex with him while Desirée was away.

“I don’t believe that Jorgito… How did you have the courage to do this to me?”, the model will say, shocked by the attitude of her lover. Nicole (Elizangela) will hear the changed voices in the room and will intervene in the situation: “What’s going on here?” she will ask.

In tears, Desirée will yell at Jorgito: “Don’t talk to me anymore, you had the courage to sleep with my cousin. I don’t ever want to look you in the face again. Get out…”, she decrees nervously. Stefany will take advantage of the fact that he set the discussion on fire to slip away: “I’ve already said everything I had to say”.

“Is this true?” Nicole will ask. Jorgito will get tangled up in his words, and the seamstress will understand everything: “You’d better get out, son. Desirée still has a fever,” the veteran advises, disappointed.