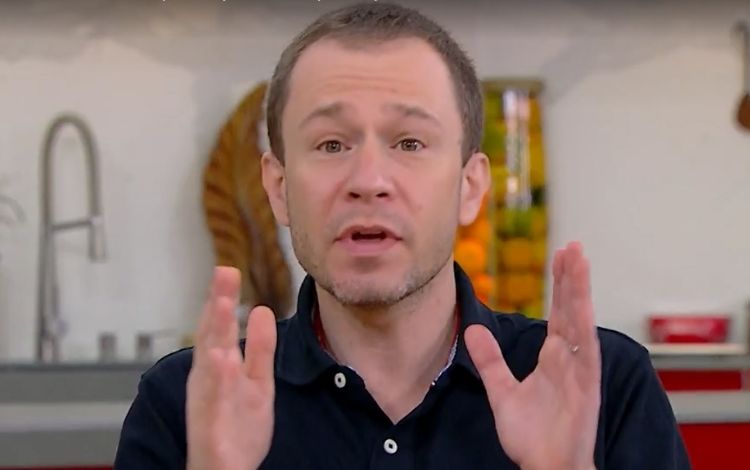 Reproduction/Globe/10.09.2021Tiago Leifert participated in ‘Mais Você’ and spoke about his departure from Globo

The announcement of the departure of TV presenter Tiago Leifert from Globo caught the public by surprise and the speculations of who will lead the “BBB 22” are booming on social media. This Friday morning, 10, he participated in “Mais Você” and explained to Ana Maria Braga what motivated him to leave the network and leave the command of the most popular reality show in the country. “In keeping with the ‘BBB’ tradition, the knocked out comes to breakfast with me. It is like James Leifert, who is saying goodbye, couldn’t be different”, joked the presenter when announcing her guest. During the chat, Tiago said that he has been working at a frantic pace for many years and what he currently feels is a sense of accomplishment.

“My story begins 20 years ago when I moved to the United States. My life goal was to work in the sport of Globe and I wanted to prepare myself”, he commented. “I honored my parents’ trust and said it would be for the best. I did the best I could and when I came back I went in with a lot of desire. I’m very competitive, my internal competition is huge, an obsession, and I need to declare victory.” Tiago managed to stand out in command of Globo’s sports programs and gradually migrated to the entertainment area. Even being praised by the audience, the presenter noticed in the “BBB 20” who wanted something different.

“There was a day, which was perhaps my great epiphany of last year, at ‘BBB 20’, pandemic, my wife [Daiana Garbin] pregnant. I got home at three, four o’clock in the morning, she woke up and said: ‘The program was awesome! You are not happy?’. I said: ‘No, because I didn’t do more than my obligation’. She said: ‘Aren’t you going to celebrate?’ Me: ‘No, I’ll celebrate in May, when we deliver the season’. But actually I didn’t celebrate in May either because I was already worried about the next one [‘BBB’] and with each other. And that’s when I stopped and said, ‘But when am I going to declare victory?’ There is so much I want to learn, I want to study, take care of the family. It was that choice I had to make. The mission here is complete”, he concluded.