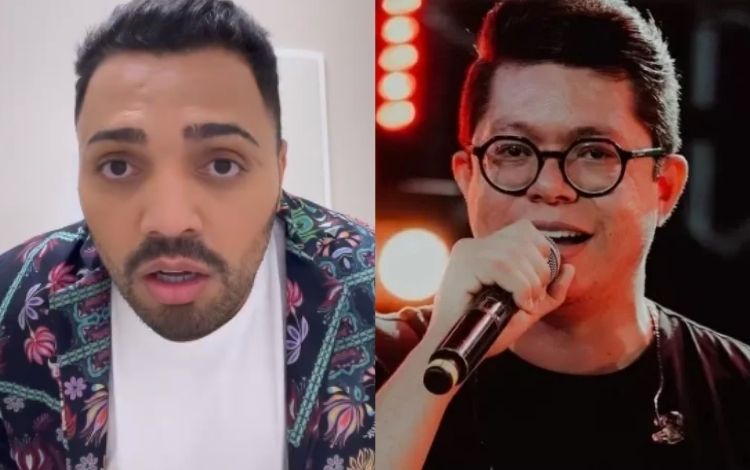 Humorist became the subject when he said that the musician, who was arrested for assaulting his ex-wife, deserved forgiveness

the comedian Tirullipa he spoke after viralizing stories he posted a few days ago on Instagram about DJ Ivis, who was arrested after Pamella Gomes de Holanda released videos in which he appears to be beaten by the musician. The artist was among the most talked about topics on Twitter this Saturday, 17. “It’s not fair that he did, but God will play with him. I’m sure this guy will come back transformed one day and we’ll give it another chance, because the world is full of opportunities. You have to forgive, the world belongs to forgiveness”, declared Tirullipa, who emphasized that he was just following Jesus’ example. The comedian’s opinion divided opinions and the singer Pocah he even commented on the case on Instagram: “I understand Tirulipa’s thinking because I’ve also thought that way, I thought that God would transform the person who attacked me because my aggressor said he was being used by the devil and that he didn’t want me assaulting and kicking me on a ladder when I was seven months pregnant or nearly blinding my left eye, I thought all that humiliation was a testimony to saying in the future: ‘God changed my life and restored my family’. I believed it, I swear it.”

The former participant of the “BBB 21” continued saying that she believes that God transforms, but the man who attacked her did not change as she expected. “Everyone deserves a second chance, but for me the chance of an aggressor is still alive and paying for what he did to the mind and body of a woman, who will never forget the nightmare of suffering domestic violence”. Amidst the controversy, Tirullipa recorded a series of stories justifying himself. “I was the first to speak out because of my daughters, I was the first to attack him. Many criticized me. Want his arrest.” The comedian emphasized that he does not agree with the attitude of the DJ Ivis, but also believes that “violence breeds violence”. “After he was arrested, he said [para os meus seguidores] that now it’s up to justice, let him pay. People wanted to yell at him, hit him, they wanted to hit him. I told you not to take justice into your own hands. He’s going to pay a lot and he has to pay,” he said. “I hope he learns the lesson and comes back transformed because in my understanding as a Christian we came into the world to forgive and have a generous heart”, concluded the artist.

Tirulipa saying that DJ Ivis deserves another chance and that God is going to touch his heart is the epitome of hypocrisy, of beautiful words. What an evolved human being he is. Man always giving his brothers another chance. Who will send him to save us?