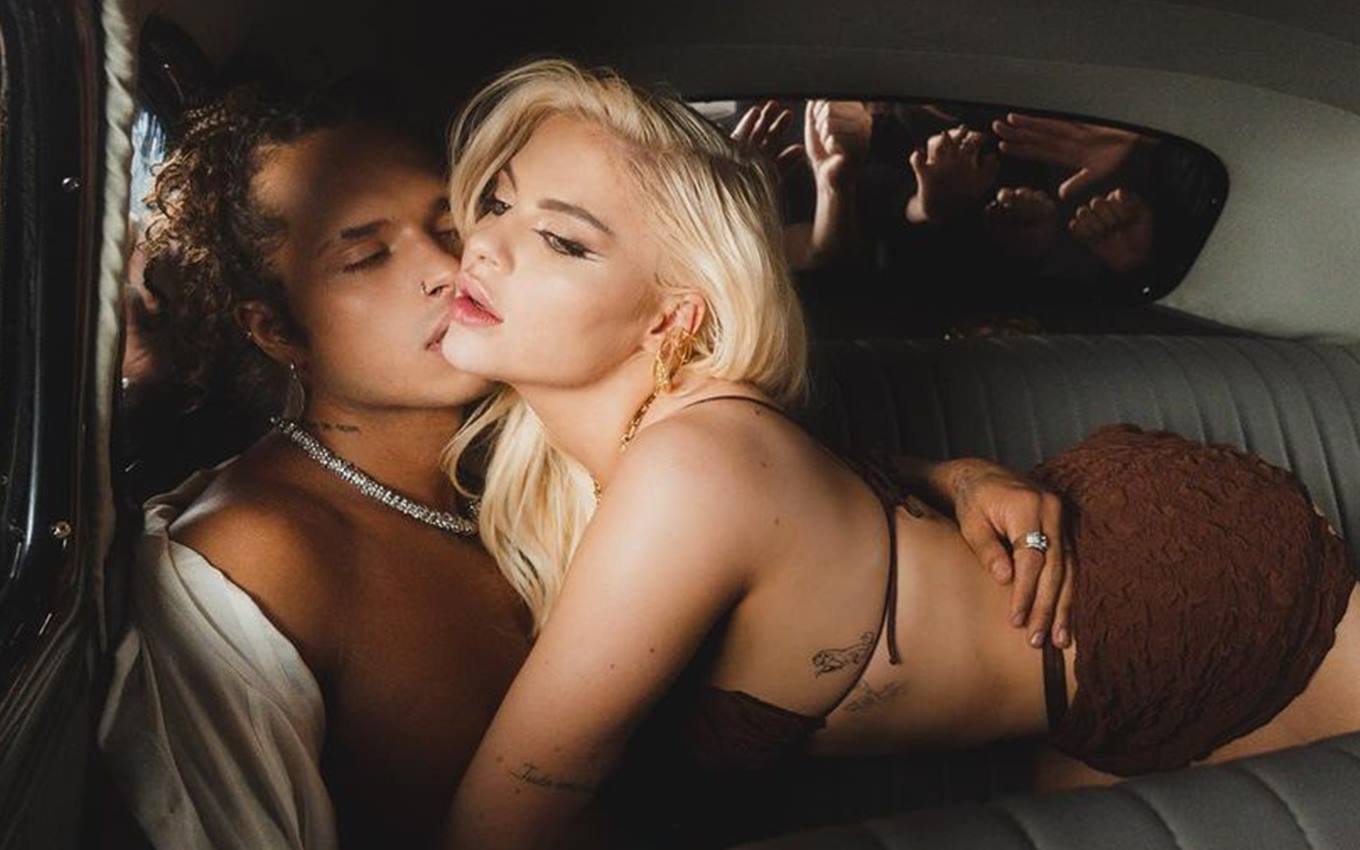 After spending a few days away from social networks, Luísa Sonza came back with everything to promote the release of the album Doce 22, which will be available on July 18th. This Wednesday (14), the singer shared sexy photos and videos with her boyfriend, Vitão. The images were recorded for the video for the song Mulher do Ano.

In the scenes, the couple appears in intimate moments inside a car while people knock on the vehicle’s windows. Apparently, the blonde had the intention of reproducing in the video the persecutions she usually suffers for having assumed her relationship with Vitão shortly after the end of her marriage to Whindersson Nunes, in April of last year.

After the images were published, Luísa’s name entered the most talked about topics on Twitter. “In the Women of the Year teaser, Luísa is referring to the beginning of her relationship with Vitão, when they were just trying to be happy, and people on the outside were representing hate [ódio] and the virtual lynching they suffered, it didn’t come as a joke,” commented a fan club profile of the famous.

Before announcing her new album on social media, Luísa had moved away from the internet for a “virtual detox”. The singer was very shaken after being accused of being responsible for the death of the son of Whindersson and Maria Lina Deggan.

Check out the scenes and some of the reactions below:

my God Luisa and Vitão making out in the car, my God

in the teaser for “woman of the year” luisa referring to the beginning of her relationship with vitão when they were just trying to be happy and the people on the outside representing the hate and virtual linxing they suffered, she didn’t come as a joke. pic.twitter.com/AaWg1iVCVr

After being a woman of the year, you can’t help but like the couple luisa e vitao

the people outside in the woman of the year video, crashing into the car while Luisa and vitao make out in the car pic.twitter.com/KJth9clCBk

I have a love-hate relationship with luisa sonza she’s serving some concepts on this new album I think it’s going to hit but then this video comes with vitão and this saturated controversy comes back pic.twitter.com/esNeOS6L9o

And this video of luisa sonza with vitao is what envy

Luisa and Vitao in the car mds

NGM people are prepared for the blast that will be Luisa’s album…. The muie chipped the makeout with the vitao inside a car surrounded by people hitting the windows…. THE BIGGEST IS ARRIVING

shocked by the teaser of luisa sonza’s video with vitão