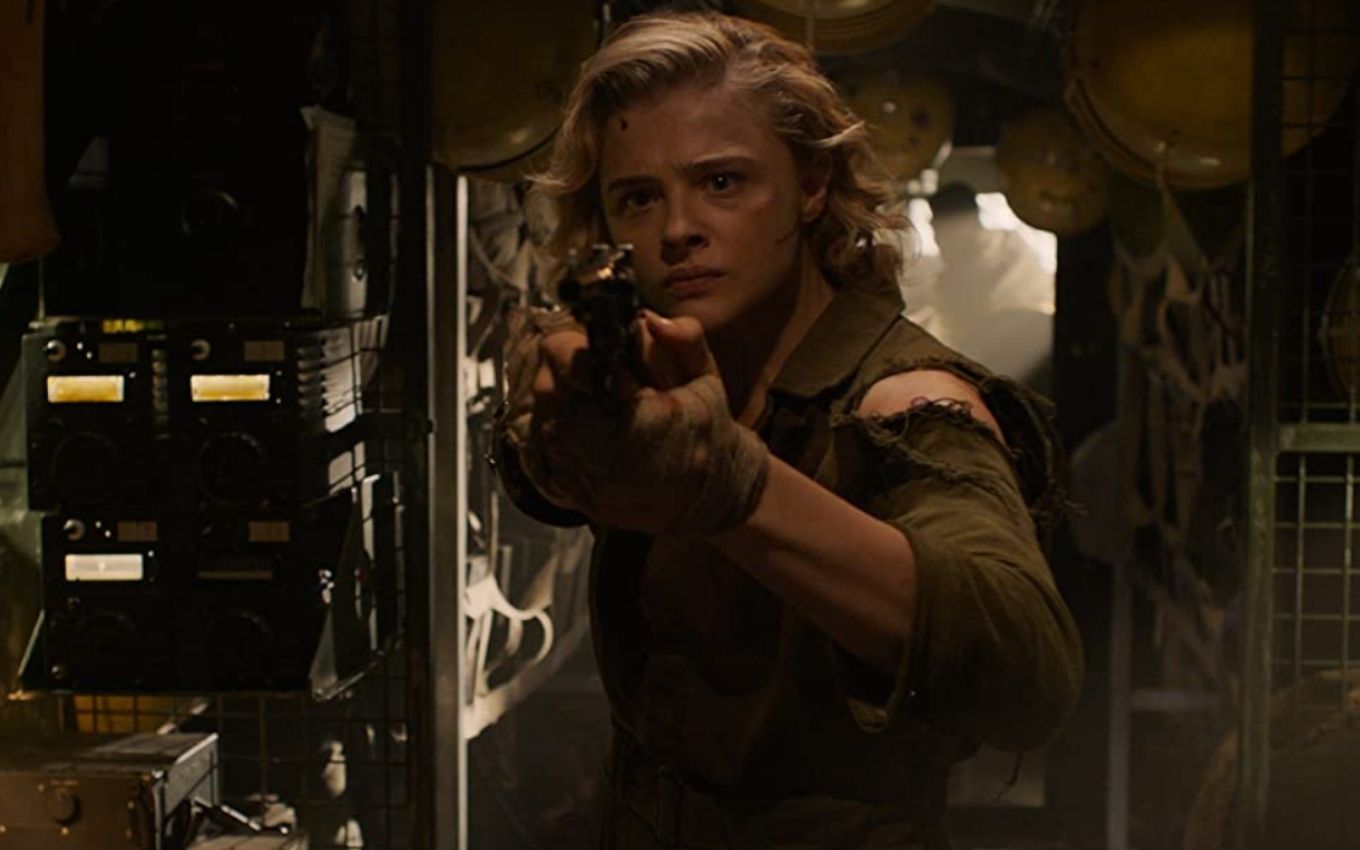 Lead actress of the feature film that brought together Tom & Jerry with human actors, Chloë Grace Moretz returns to the lead when playing a soldier in A Shadow in the Cloud (2020), a film that debuts this Saturday (17) in the programming of the paid channel Telecine Premium and that already is available on the entertainment hub’s streaming service.

In the plot, Chloë plays Maude Garrett, a US Army officer in the middle of World War II (1939-1945) who boards an Air Force plane in possession of a suitcase with mysterious content and a superior order to defend her from at all costs.

As the story of the film directed by Roseanne Liang takes place in 1943, Maude’s task is not complicated just because it is during the war. The only woman on board, she must face the machismo of the group that travels beside her without losing her reason.

At her side, only the young Walter Quaid (Taylor John Smith), who overcomes the petty jokes of colleagues to defend her and help the order make the trip without any major problems. Except that Maude’s ride was unexpected, and the captain puts her in the shooting compartment so that she is “at ease”.

Maude spends half the film in the shooting booth

Installed on the plane, the young woman connects to the radio of the other soldiers just to hear the biggest obscenities that anyone could hear. Not even the fact that she is listening to the spoken bullshit prevents the boys from vomiting machismo and absurdities. But Maude’s grandeur persists, and she responds accordingly.

With this sequence alone, A Shadow in the Cloud would be a film about empowerment at a time when women had almost no voice. But Roseanne’s feature is no longer a critic and goes to the dark side when Maude realizes that they are not alone on the plane.

An unidentified creature, described by the protagonist as a gremlin (type of monster that looks like a bat, see the classic 1984 film), begins to destroy parts of the plane and attack the crew. The critical tone then leaves the script to make way for a horror film.

With a clear lack of resources, A Shadow in the Cloud lacks investment when it comes to showing the gremlin making art on the plane. If there is a virtue in the direction of the film, it is the quality of the construction of the suspense made by Roseanne. Almost half of the plot takes place inside Maude’s booth, and all the audience can see or hear is what the protagonist experiences from there.

Although it allows for some twists and turns, the film is not surprising on any scale. Chloë is hardworking and has already shown talent on other occasions, but she is unable to sustain a plot that is a victim of low budget that influences the final quality of the film.

The Telecine Premium shows A Shadow in the Cloud this Saturday at 10pm. After the screening at the Super-Premiere Session, the film will be replayed at Telecine Pipoca, at 8 pm, on Sunday (7). It is also already available on Telecine Play, streaming from the network.