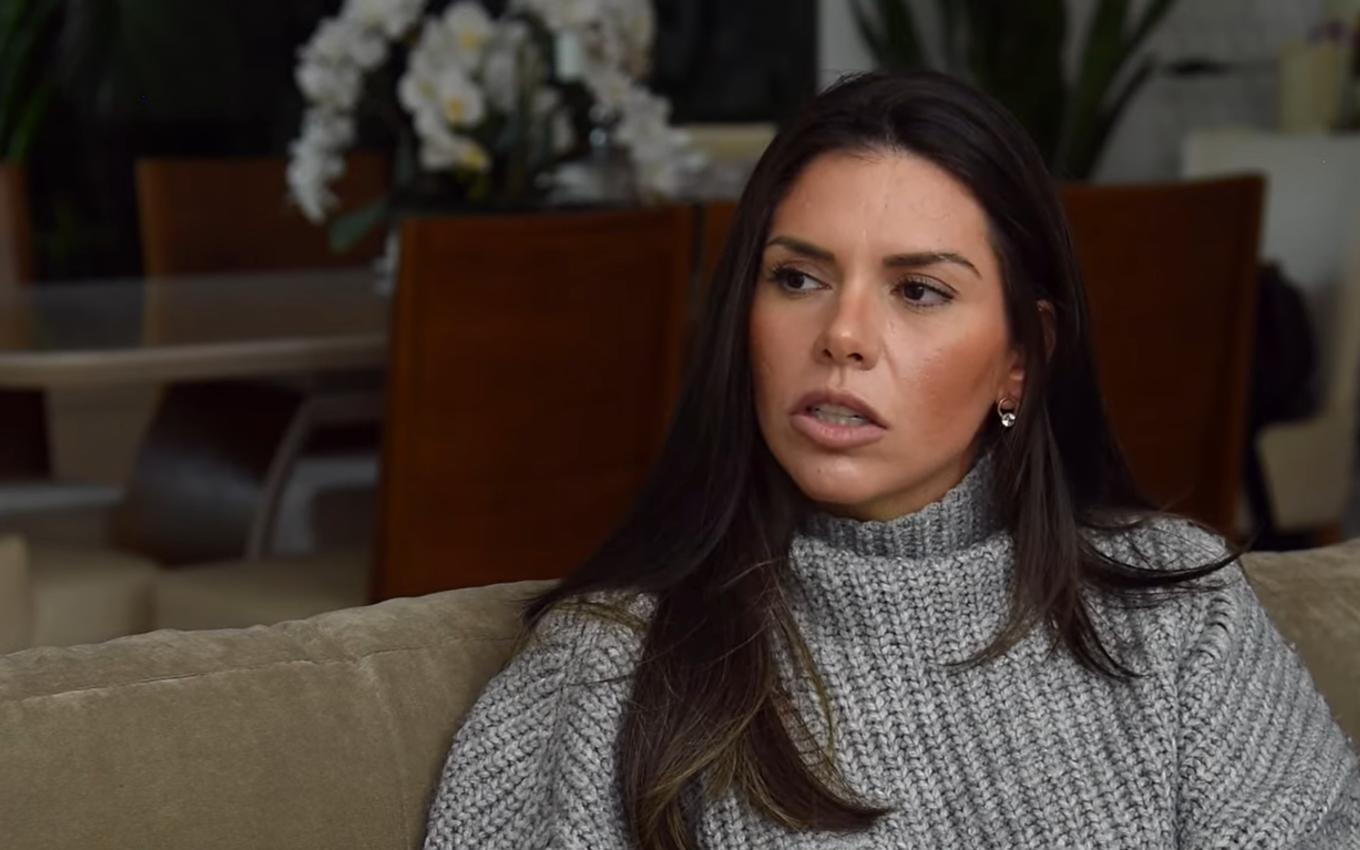 Cybelle Hermínio, Tom Veiga’s widow, gave her version about the relationship with the artist in an interview with Na Lata this Saturday (15). She was accused of poisoning Louro José’s interpreter shortly after the actor’s second wife, Alessandra Veiga, exposed an audio in which he reveals that he had suffered an aggression from the then companion.

To Antonia Fontenelle’s channel, Cybelle revealed that, on the day of the alleged fight, she was recovering from a medical intervention that included removal of a lump in the breast, liposuction and replacement of silicone prostheses. “When you come out of surgery, you can’t even raise your arms, can you imagine beating someone?” Asked the widow.

In fact, in the audio in which the actor reports the aggression, he mentions that she “had just taken out a lump in her breast and was all stitched up”.

Who brought the story of the couple’s aggression to the public was Alessandra, mother of two children of Veiga. At the time, she also released two photos that her ex-husband sent her, with alleged bite marks on the body.

According to Cybelle, the artist’s relationship with his ex was also not harmonious. In the video of the interview, the woman released a recording in which Tom detonates his ex-wife to Adrien, his and Alessandra’s son.

In the excerpt, the actor accuses her of living at his expense. “Your mother lived in my flap and so she continues”, she says. He also says that the pension the woman receives from him is unfair. “You didn’t have to have any pension. Your mother had to do what she did again,” he says.

Still in the audio, he accuses Alessandra of stealing money from the savings of Alissa, the youngest daughter of the ex-couple. “She was without a pension for six months,” says the son. Tom Veiga adds: “Alissa, never”. At the end of the story, listen to the entire excerpt released by the widow.

In the interview, Cybelle also says that she never saw the report that points out the cause of the actor’s death as a stroke. “The day I arrived at IML [Instituto Médico Legal], the family made an ‘auê’, did not let me enter the process [de obter ao atestado de óbito]. I, as a wife, would have to do all of this, but his brother wanted it “, he detailed.

The widow also revealed that an official at the institute hinted that the cause of Tom’s death was related to drug use. “One thing people don’t know is that that day an inspector called me in a small room. The first question he asked me was ‘Cybelle, did Tom Veiga use cocaine?’. And then I was shocked. . ‘He even used it during his other relationship’ “, he reveals.

She also claims that she spent four months in mourning in mourning for the death of the Aritsta. Even so, she was accused of not being sad in interviews after the tragedy. “I will prove that I am neither a murderer nor a monster”, he concludes.

Listen to the audio of the conversation between Tom Veiga and his son that the widow released: