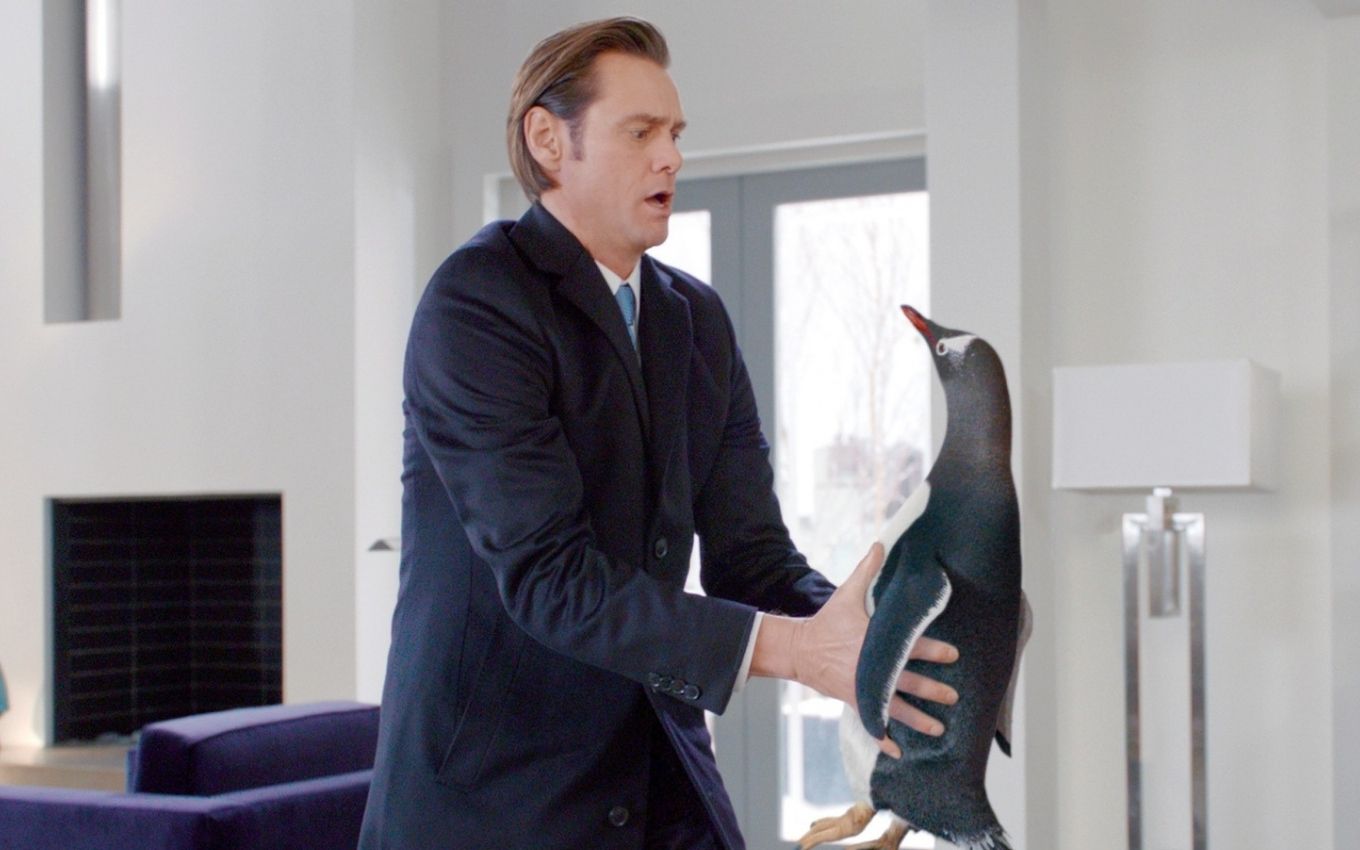 Globo shows the comedy Os Pinguins do Papai in the Afternoon Session on Tuesday (11), at 3pm (Brasília time). Launched in 2011 and starring Jim Carrey, the film tells the story of an executive who receives six penguins from his father’s inheritance, transforming his luxurious apartment into a habitat for animals.

Tom Popper (Jim Carrey) is an expert in buying old properties to be demolished so that his company can construct modern buildings in place. He aims to become a partner in the company, but in order to achieve the goal, he must fulfill one last mission: to convince Mrs. Van Gundy (Angela Lansbury), owner of a traditional restaurant located in downtown New York, to sell the property. Something that will not be easy, since the elderly woman only agrees to sell the place to someone who has principles.

At the same time, Popper receives the news that his father, an adventurer who traveled the world, died in Antarctica. In the will, he leaves six penguins for his son. Not knowing what to do, the executive ends up staying with them after realizing the affection his children have for animals.

Directed by Mark Waters, the film also features Carla Gugino, Madeline Carroll, Ophelia Lovibond and Maxwell Perry Cotton in the cast. The production is based on Mr. Popper’s Penguins, published in 1938 and written by Florence Atwater (1896-1979) and Richard Atwater (1892-1948).

See the other films that will be shown in the Afternoon Session this week: Shrek 2 (Wednesday), Paper Dreams (Thursday) and Miss Sympathy (Friday).

Watch the trailer for Daddy’s Penguins below: