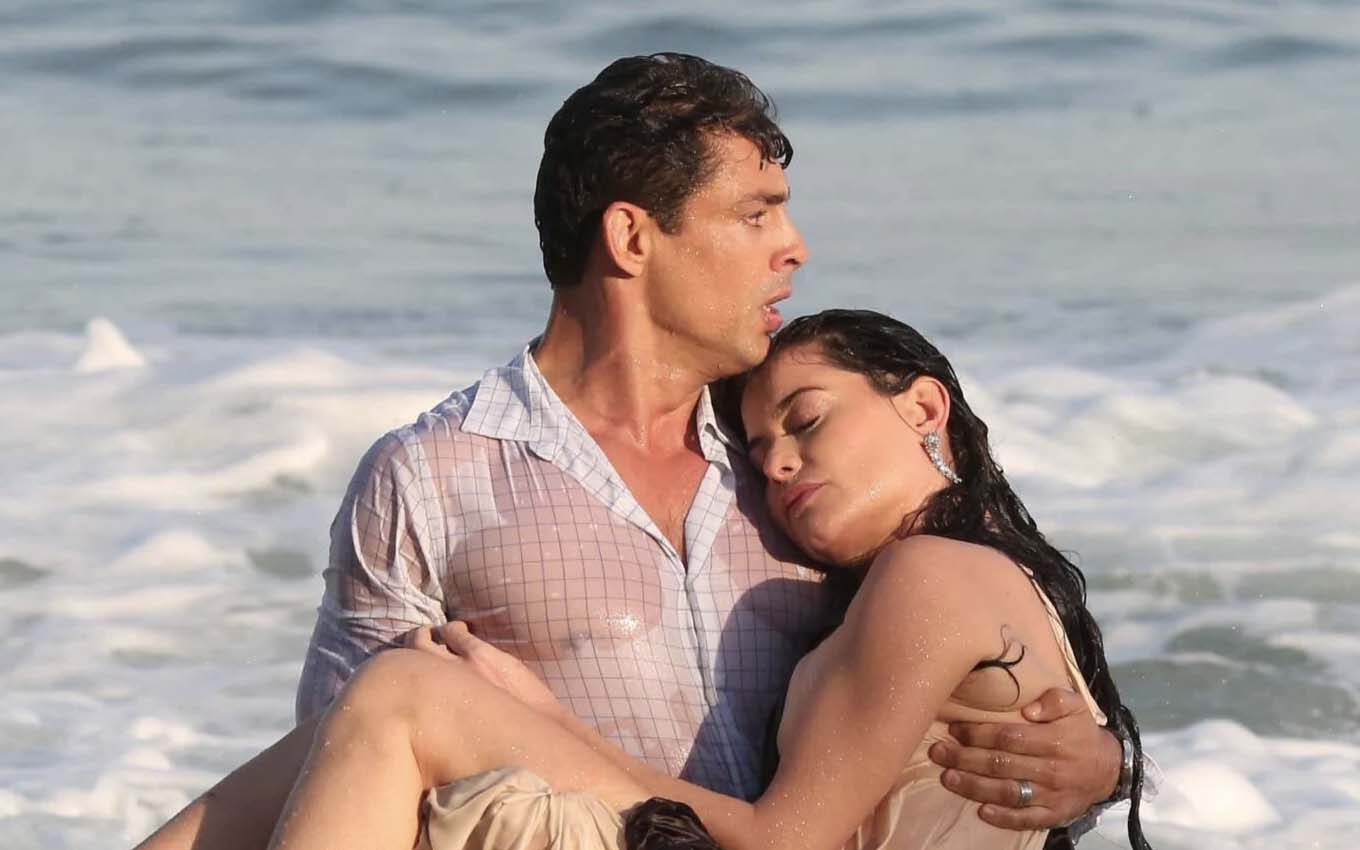 Scheduled to premiere in November, Um Lugar ao Sol, the next telenovela of Globo’s nine, had its last recordings completed this Monday (13) and will air with all the scenes delivered. This is the first time in thirty years that the broadcaster has adopted this method. Until then, Salomé (1991) had been the last production in which this had happened.

The completion of the recordings was confirmed by sources from TV news. Some cast actors also commented on the end of the work on their social networks.

On Instagram, protagonist Cauã Reymond posted a photo next to Renata Gaspar on Monday: “Finishing the set,” he said. The actor gives life to the twins Cristian and Renato in the nine o’clock plot.

The actress made a series of videos in the station’s dressing room and joked: “Now, today is the last day. We hope it is”. Renata replaced Maria Flor in Lícia Manzo’s plot and plays a manicurist who suffers from domestic violence. Maria left the cast after discovering the pregnancy of her first child.

Globo has already experimented with finishing the recordings of soap operas before the beginning of the exhibition. The last time this happened was in Salomé (1991), a soap opera of the six starring Patrícia Pillar. The station made the decision to test the format of presenting a closed soap opera.

The method didn’t prove to be right, and the plot was poor in the audience. At the time, Sérgio Marques’ serials averaged 35 points. For comparison purposes, the predecessor, Barriga de Aluguel (1990) reached 60.

Salomé only had repercussions in its first chapters because the title character played by Patrícia appeared naked – something unimaginable nowadays. Thus, Globo decided to abandon experimentation due to the public’s rejection of a completely decided story.

The station, however, had to adopt this stance in Um Lugar ao Sol to prevent the recordings from being harmed. The company feared that Estúdios Globos would be paralyzed again due to the situation of the Covid-19 pandemic in Brazil, and the soap opera would be interrupted on the air – just as happened with Amor de Mãe (2019) and Salve-se Quem Puder (2020) ).

Because of that, and also for not believing much in Lícia Manzo’s story, the channel shortened the length of the plot. Um Lugar ao Sol will have 107 chapters and will run between November and March 2022, when it will make room for the remake of Pantanal — Globo’s big bet for next year.