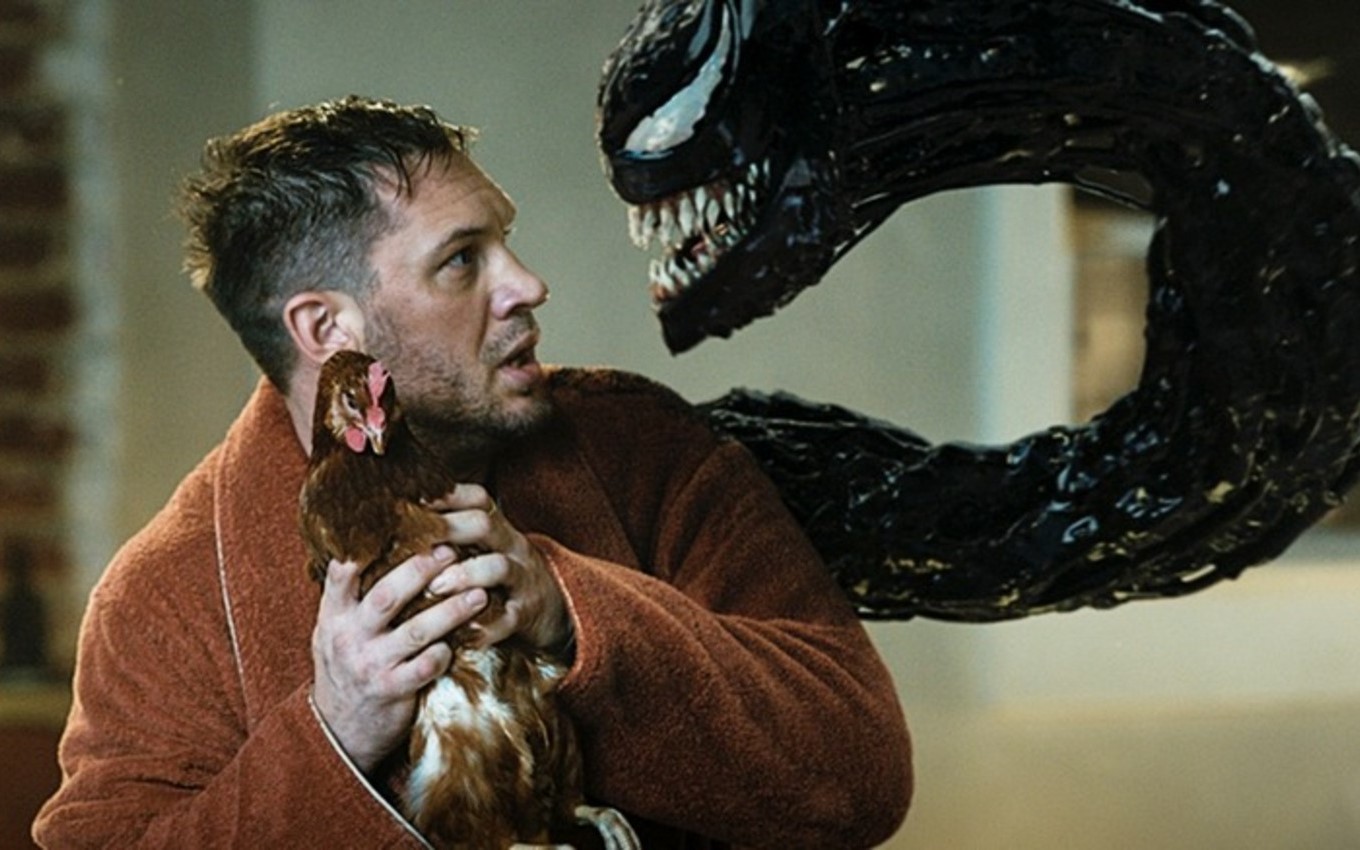 Venom – Tempo de Carnificina premiered on Thursday (7) in theaters and shocked audiences with its post-credit scene. After confirming the partnership between Marvel and Sony, the end of the new film confirms the joint work of the studios. Soon, the anti-hero must cross paths with the neighborhood’s best friend, Spider-Man (Tom Holland).

After spending the entire movie arguing, Eddie Brock (Tom Hardy) and Venom are finally on the same page. The grueling battle against Cletus Kasady (Woody Harrelson) left the characters with no energy. They then decide to take a vacation.

In a hotel, the pair enjoy the beaches and the Latin soap operas. But suddenly, in the middle of a conversation between Eddie and the alien symbiote, the furniture and bed begin to shake. The entire scenario is changed.

In addition to everything being transformed into the bedroom, the television soap opera is also changed to the local news. On the show, J. Jonah Jameson (JK Simmons) has a bombastic story: Spider-Man’s identity.

The post-credit for Venom 2 has the same content as the final scene in Spider-Man – Far From Home (2019), but from the perspective of the anti-hero. When Peter Parker appears on television, something awakens within the symbiote. He is not happy to see Webhead.

Thus, it is possible that Venom is present in Spider-Man – No Return Home. The villain can form the Sinister Sextet alongside Electro (Jamie Foxx), Doctor Octopus (Alfred Molina), Green Goblin, Sandman and Rhino.

The new feature should establish whether the alien symbiote already knew Peter Parker, in addition to properly introducing the anti-hero in the MCU (Marvel Cinematographic Universe). And how did Venom come to this reality? Spider-Man – No Return Home opens on December 17th with the answers.

Watch the subtitled trailer for Venom – Time of Carnage below: