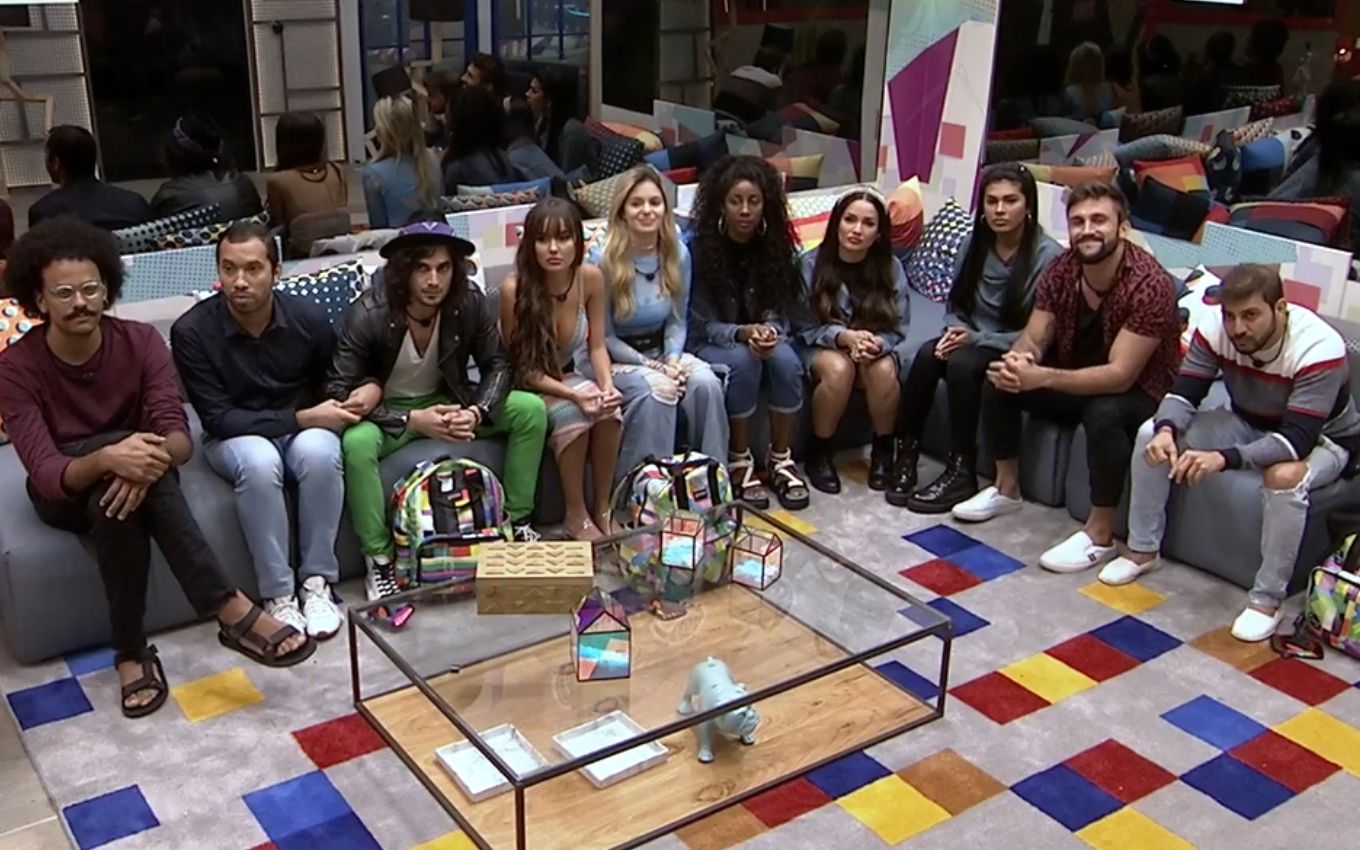 After Thaís Braz’s elimination on Tuesday (13th), nine participants remained for the last three weeks –or 21 days– of BBB21. Inside the house, the confined are already doing the math and creating theories about what should happen so that in the final of the reality show, scheduled for May 4, only three people remain.

In previous editions of Big Brother Brasil, several methods were used to “liquidate” several participants in this final stretch of the attraction. There have even been occasions with a wall every other day, eliminations on two consecutive days or the mechanism of departures on Tuesdays and Sundays, used in several seasons.

Remember below how the final stages of the most recent seasons went:

The most recent edition of the program featured weekly walls until the elimination of Felipe Prior, who had more than 1.5 billion votes and broke records on March 31, 2020.

At the time, 10 participants remained in the dispute. Since then, the program started to have eliminations on Sundays and Tuesdays, on April 5th, 7th, 12th, 14th, 19th and 21st. It is worth remembering that, due to the good audience, Globo decided, on April 14, to expand the reality show in four days when its final stretch was already in progress.

Babu Santana was eliminated on the last wall of the season, held on April 25, a Saturday. The grand final, played by Manu Gavassi, Rafa Kalimann and Thelma Assis, the champion, took place on April 27, a Monday.

The edition won by Paula von Sperling in the face of bland Alan Possamai was one of those that left the least missing in the audience of Big Brother Brasil. The program debuted with the biggest wall in history in its first week, played among 14 participants. The day after Vinicius Fernandes was eliminated, another one appeared, off schedule: Vanderson Brito was expelled after being called to testify at the police station on charges of abuse.

The walls were weekly until the departure of Rodrigo França, the tenth to leave the program, on April 2, 2019. The last week of the program was very busy, with walls every other day, on Sunday, 7, Tuesday , 9, Thursday, 11, and the grand final played on Friday, 12. Hariany Almeida was expelled for aggression after pushing her friend Paula on the 11th, the eve of the final in which she would participate.

The tenth eliminated from BBB18 was Wagner Ribeiro, who had an affair with champion Gleici Damasceno, on April 3. Eight participants remained in the house, with the final scheduled for 16 days from now, on April 19.

In the sequence, came a wall on Sunday, 8, and on Tuesday, 10, eliminating Viegas Carvalho and Jéssica Mueller respectively. The last eliminations came only the following week, when the couple Breno Simões and Paula Amorim left the house on consecutive days, with Breno leaving on Monday, 16, and Paula on Tuesday, 17. The final was played on Thursday, 19, between Gleici, Kaysar Dadour and the Lima family, a duo composed by Ana Clara and Ayrton.

With only 15 participants and the expulsion of Marcos Harter for assaulting his then girlfriend at home, Emilly Araújo, in the final stretch, on April 10, 2017, the 17th edition of Big Brother Brasil did not have to resort to seawalls within a few days .

The tenth eliminated, Ilmar Fonseca, left the house on a Wednesday, April 4. On the following Monday, 9, it was Marinalva de Almeida’s turn to leave the dispute. Marcos was expelled the next day, classifying the trio Ieda Wobeto, Vivian Amorim and Emilly, the champion, for the final played on April 13.

BBB 16 brought only 14 participants in the dispute for the prize won by Munik Nunes. The list was further reduced due to Alan Marinho’s withdrawal on February 5, 2016, and Ana Paula Renault’s expulsion for assault on March 5.

Even with a calm schedule, there was an elimination every other day on the exit walls of Dona Geralda Diniz, on April 1, a Friday, and Ronan de Oliveira, on April 3, a Sunday. The previous elimination, by Matheus Lisboa, had occurred on March 22. The final was played by Munik and Maria Claudia Gomes on Tuesday, April 5th.

In the first six editions of the BBB, between 2002 and 2006, the eliminations followed a pattern: every Tuesday, except for the last one. The programs that defined who would be the finalists of each season aired on Sunday, two days before the end of each Big Brother Brazil. The same method was used in BBB15.

According to a partial survey TV News on Wednesday (14), Juliette, with around 66% of the votes, and Gilberto, with 24%, are the favorites to win the final of the BBB21, which will air live on May 4. All other participants have partials below 3%.