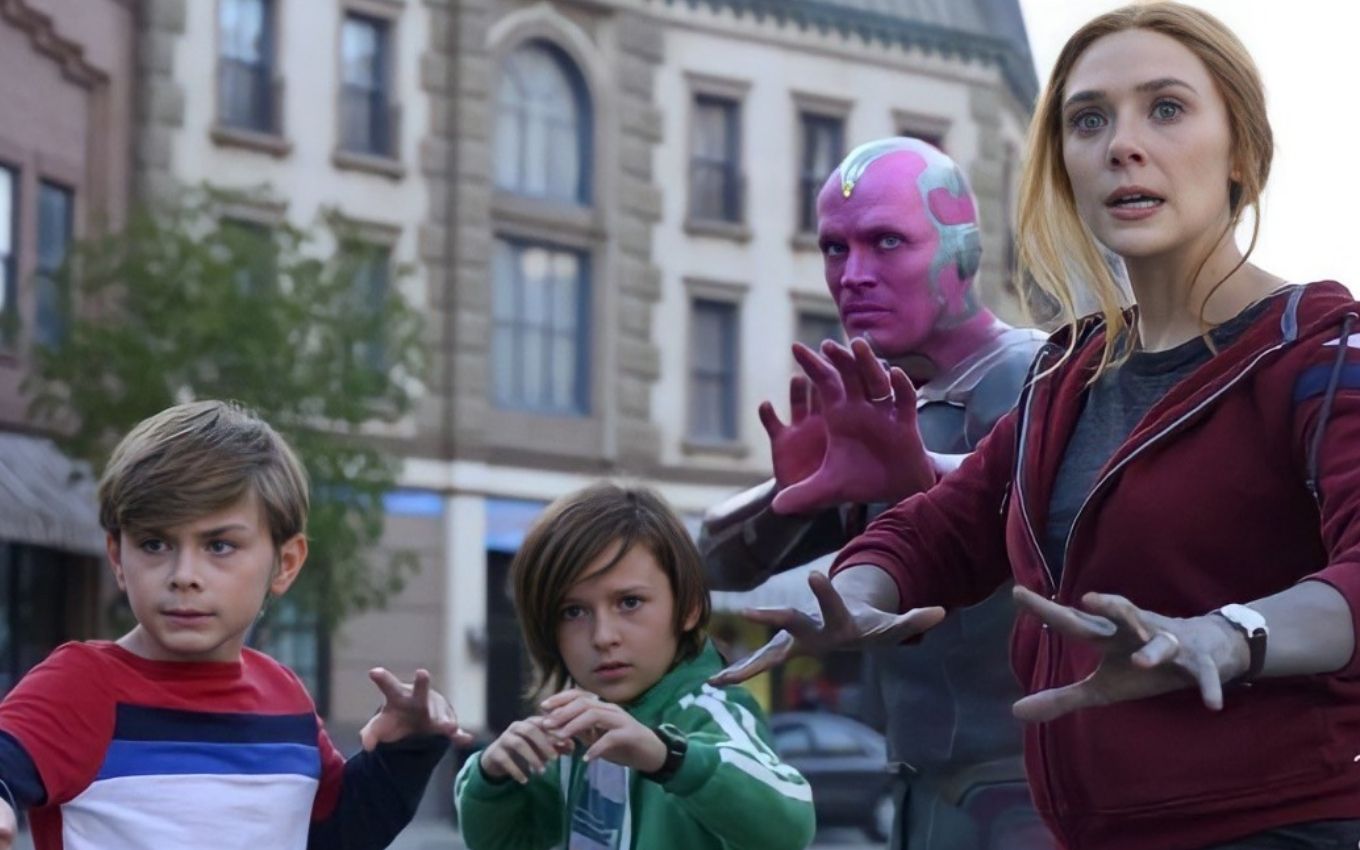 The last episode of WandaVision entered the Disney + catalog this Friday (5) and ended the journey of Wanda (Elizabeth Olsen) and Vision (Paul Bettany) with a battle worthy of the Avengers films. In addition to tying up the loose ends presented during the season, the final chapter also saved an emotional farewell for the protagonist couple.

Titled The Grand Final, the final episode of the series begins right after the penultimate’s incarnation. Agatha Harkness (Kathryn Hahn) takes Billy (Julian Halliard) and Tommy (Jett Klyne) hostage to compel Wanda to surrender her witch powers. Meanwhile, Hayward (Josh Stamberg) sends White Vision into Hex to destroy the protagonist and erase the traces of his plans to dominate the symptoid’s body.

After freeing his children from the powers of Agatha, Wanda is faced with the White Vision and understands that the body of his beloved has become a weapon to murder him. With the help of the version of Vision that she created for Hex, the witch gets rid of the attack and begins the final battle.

In terms of special effects, the duels in The Grand Final owe nothing to the battles of the Marvel Universe in cinema. Wanda and Agatha fight on the ground and in the air using their witch powers, while the Visions face each other in a striking worthy of the best moments of Dragon Ball Z and other adventure anime.

Wanda during the final battle

WandaVision, however, was never just about the classic struggle between good and evil. Marvel’s first series on Disney +, which has become the most viewed of all streaming platforms in Brazil (according to data from Kantar Ibope), is a production about the grief and the pain of losing those we love.

Wanda has seen his loved ones fall one by one over the years, and Vision’s death in Avengers: Infinity War (2018) kicked off the creation of alternate reality in Westville.

Aware of this, Agatha removes the mental control of the population of the city and pits them against the protagonist. All this time, the citizens of Westville felt the same pain as Wanda and suffered from the same nightmares. Unintentionally, the Avenger made everyone feel their grief.

The attitude leaves her with no option but to free the residents of the dome that protects the city. It is the perfect cue for Hayward and the SWORD agents to invade Hex and complete the final duel squad.

Along with “False” Vision, her children and Monica Rambeau, who joins the group after getting rid of Pietro’s captivity – who, in fact, is Ralph Bohner, the mysterious husband that Agnes always quoted and who had his mind controlled by the witch –Wanda prepares to face Agatha and put an end to the villain’s plans once and for all.

Monica, Billy and Tommy kill SWORD agents, while Visão manages to reconstruct the data from the memory of his life on the body of his white partner. In this way, Hayward’s plans to use him as a weapon go down the drain, freeing the symptoid from the bonds that bound him.

In the fight between the witches, Marvel gives a special show in special effects. Elizabeth and Kathryn duel in the reddish sky of Hex, leaving behind any attempt by DC to match the rival with the series of their Arrowverse.

It wouldn’t be an MCU series, though, if it didn’t have a big twist. At the moment when Agatha seems to absorb all the powers of the protagonist, Wanda shows that she learned from the villain’s lessons: the creation of two runes on the walls of Hex prevent her from losing her magic, causing her to recover all the energy sucked by the rival. . It is the rise of the Scarlet Witch and the beginning of a new phase in her journey.

Wanda defeats Agatha and spares her life, leaving the villain trapped in Agnes’ character in Westville indefinitely. With the Hex spell broken, the protagonist prepares to say goodbye to Visão and the children, who cease to exist as soon as the dome is completely gone.

The last meeting between the couple yields one of the most exciting moments in the entire MCU. Wanda explains to Visão that she created it from the piece of Soul Jewel that is in her body, but that it only became complete from her emotions. The hero is the representation of his sadness, hope and, above all, his love.

Hex’s spell disappears, and Westville returns to normal. Alone again, Wanda thanks Monica for her help and says goodbye, leaving for the horizon and ending the journey of nine episodes of WandaVision on Disney +. 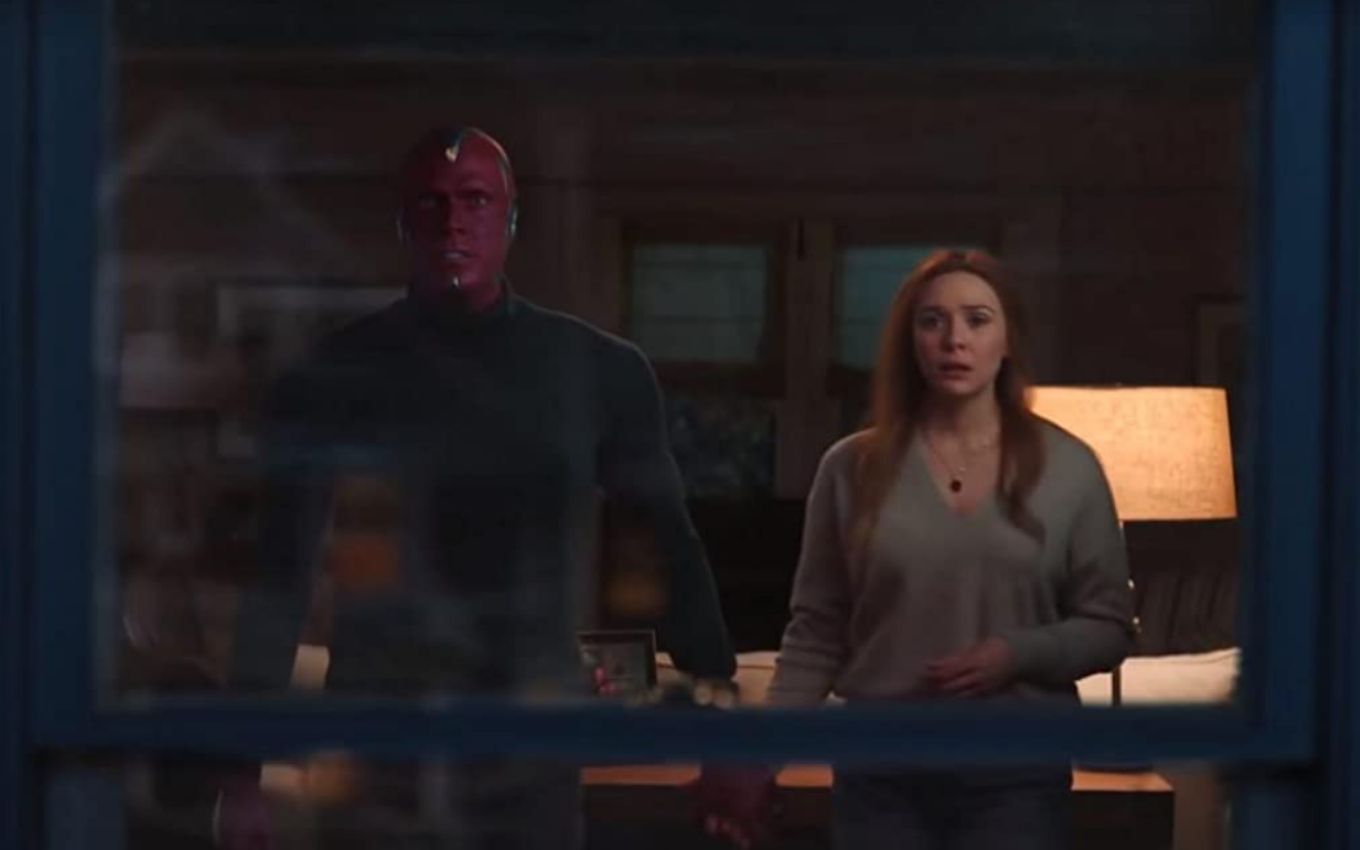 The sad farewell of Visão and Wanda

The future after WandaVision

The last episode of the series established new pillars that will certainly be important for the future of the MCU. The first and most important is that of Wanda, who is confirmed to return in the plot of Doctor Strange 2 –movie that will have a direct connection with the events of WandaVision.

Before returning to being Agnes, Agatha reveals that Wanda has released something dangerous with the destruction of Hex and the release of his Scarlet Witch power. This phrase, as suggested by fans on social media a long time ago, could mean the arrival of the demon Mefisto or some other comic book character who may be the main antagonist of Doctor Strange 2.

The “liberation” of White Vision may also mean that Paul Bettany’s story in the Marvel Universe is not over yet. Even with the disappearance of the symptom created for Hex, the hero’s real body is loose in the world and free from SWORD control.

In the comics, Visão Branco was part of some of Marvel’s arches and helped to bring down the Scarlet Witch, which culminated in the M Dynasty saga, one of several inspirations for the creation of the series. 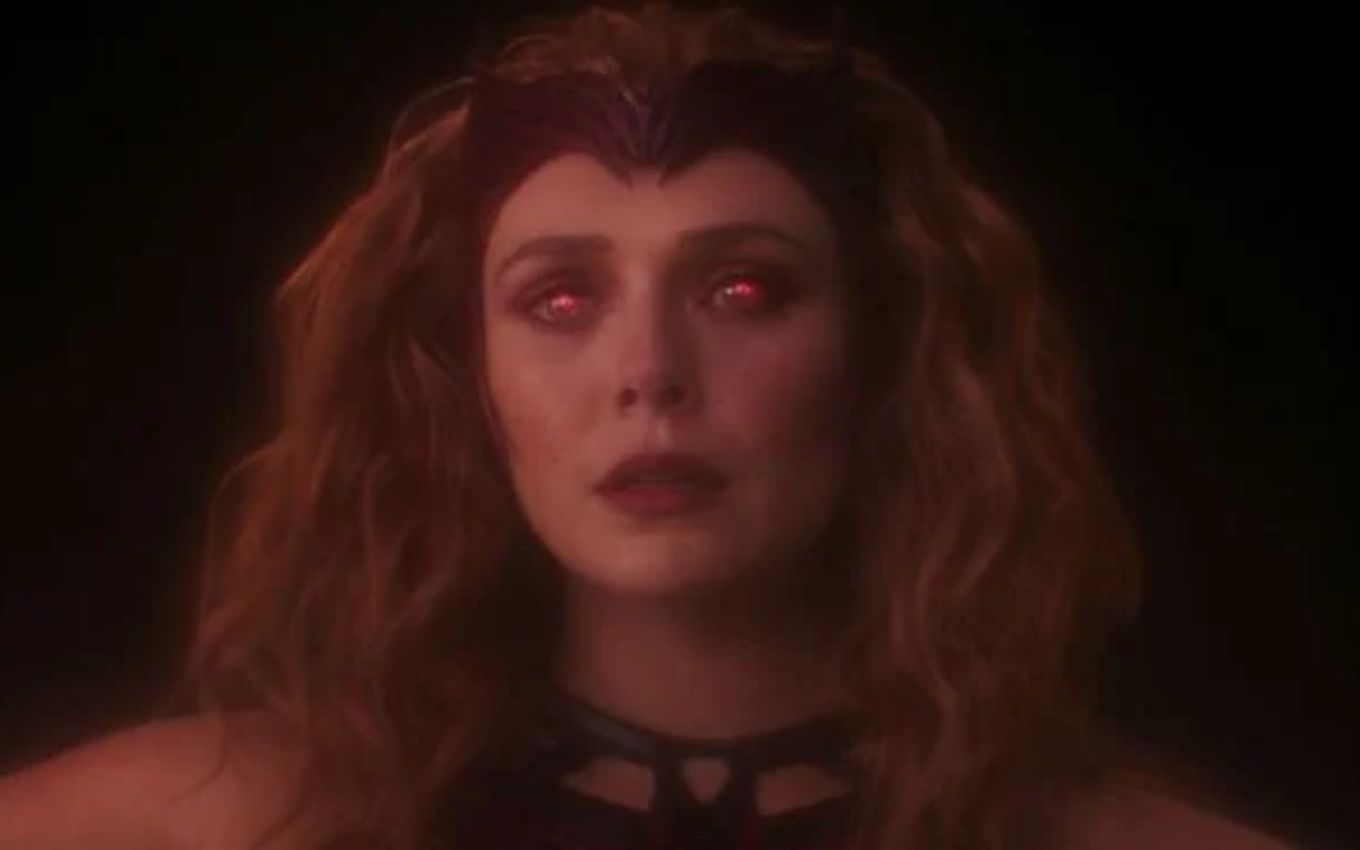 The Rise of the Scarlet Witch

The Grand Final set aside not just one, but two post-credit scenes to help pave the MCU’s future. The first one shows Monica being approached by a SWORD agent still in Westville, who explains that the presence of the future Specter is being requested elsewhere.

Inside the city’s cinema, the agent reveals herself to be a Skrull, an alien with powers to transform into any human being and initially presented in Captain Marvel (2019) –as well as the children’s version of Monica. Without identifying himself, the alien says that Monica is being called by an old friend of her mother to join him in space.

Without specifying who it is, the series leaves the future of the character open. It is likely that Skrull is referring to Nick Fury (Samuel L. Jackson), a former leader of SHIELD who became friends with Carol Danvers and Maria Rambeau, Monica’s mother, on Captain Marvel.

As Teyonah Parris is confirmed to be in the cast of the second film of the heroine, it is likely that WandaVision is making the connection with another production of the future of the MCU.

In the second scene, Wanda appears isolated in a hut in the countryside. She took possession of Darkhold, the book of the damned used by Agatha to strengthen her magic, and studies it through her astral projection while her physical body relaxes over coffee.

Right now, the Scarlet Witch hears a distress call from far away. To your surprise (and the fans’), the voices are of Billy and Tommy, who should have disappeared after the destruction of Hex.

The timing also seems to be linked to the events of Doctor Strange 2 and should justify the presence of Elizabeth Olsen in the feature. Still with no details revealed of the official plot, Stephen Strange (Benedict Cumberbatch) and Wanda are expected to team up to prevent a threat directly linked to the story of WandaVision.