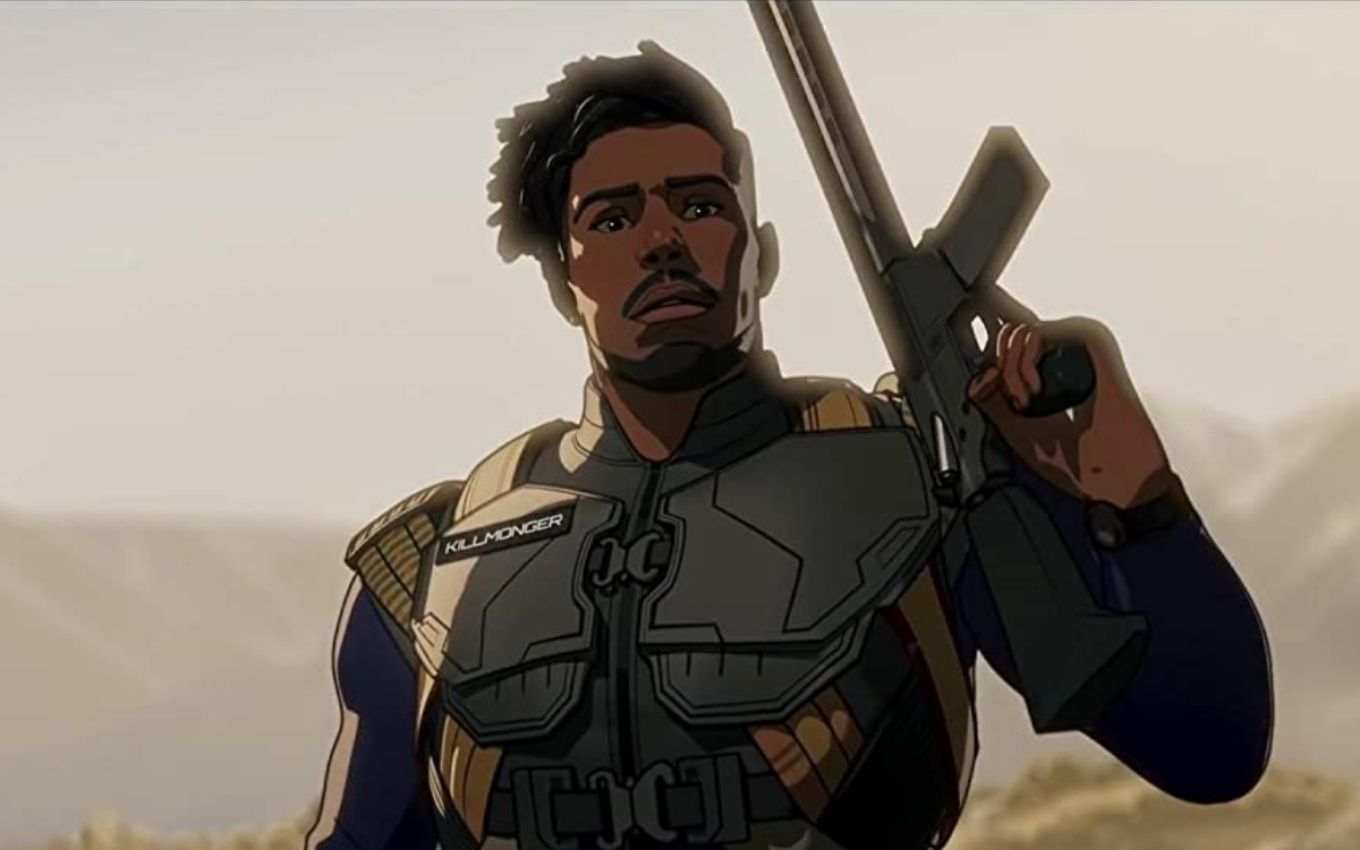 One of the greatest villains in the Marvel Universe, Erik Killmonger (Michael B. Jordan) returns in the sixth episode of What If…? to change the origins of the MCU and explore a world in which Iron Man never existed. The consequences of these changes result in a war between the United States and the nation of Wakanda.

This parallel reality observed by the Watcher (Jeffrey Wright) is born with a crucial change exactly in the origin of the Marvel Universe as the fans know it. It all started in Iron Man (2008), when Tony Stark (Robert Downey Jr.) was captured and held hostage by terrorists. It was in his prison that the hero created what would be the prototype of his first armor.

Titled What Would Happen If… Killmonger Rescued Tony Stark, the sixth episode of What If…? shows Black Panther’s villain (2018) –voiced by Jordan– saving the narcissistic billionaire’s life before he could be taken hostage. With this change, the founding member of the Avengers never became the hero he was supposed to be.

Without going through the transformation that made him a better person, Tony Stark (voiced here by Mick Wingert) brings in Killmonger to be his head of security — despite the distrust of Pepper Potts (Beth Hoyd in Gwyneth Paltrow’s place). Under the tutelage of the rich man, the young man becomes even more influential by revealing the conspiracy engineered by Obadiah Stane (Kiff Vanden Heuvel) and overthrowing what would be Iron Man’s main plot.

From head of security to COO of Stark Industries in short order, Killmonger grows in influence within Tony’s personal circle until he persuades him to negotiate with arms dealer Ulysses Claw (Andy Serkis) for the acquisition of Vibranium, the world’s most powerful metal world that pops up in abundance in Wakanda, his family’s homeland.

On the night of the deal, they are surprised by T’Challa (Chadwick Boseman), who is investigating Claw’s wrongdoing under the guise of the Black Panther. After a confrontation, Killmonger reveals his true intentions and ends up murdering the Prince of Wakanda and James Rhodes (Don Cheadle), who was at his side representing Stark Industries.

In fact, Killmonger was an ally of Ulysses Claw and plotted to approach Tony Stark to cause a political conflict between the US and Wakanda. In this way, the US armed forces go to the African country’s border to launch an attack.

In this parallel reality, What If…? merges the events seen in Iron Man 1 and Black Panther. Killmonger conspires to overthrow the US government while seeking the throne of Wakanda. The young man tricks heroes and villains to reach his object, but the open ending shows that the story of the sixth episode will be continued in the future.

Again, the What If…? works better in your combat scenes than in dialogue. With a second season already confirmed, Marvel will have time to correct some mistakes and turn the animation into one of the studio’s best original products.