The return of Pilar (Gabriela Medvedovski) to Brazil will mark the start of the second phase of Nos Tempos do Imperador next Monday (20). The young woman will return to court to return the favor of Pedro (Selton Mello), who will have granted her a scholarship to study Medicine in the United States. “I have a debt to Brazil and I want here to use what I learned there”, she will reveal in the Globo telenovela.

Alessandro Marson and Thereza Falcão’s serial will use one of the noble’s passions to mark the leap in time, photography. A click on the camera of Marc Ferrez (Mário Cardona Jr.) will be enough to bring the royal family to the new stage of the serial, which mixes events from 1862 to 1865.

The portrait artist, by the way, really existed and was responsible for some of the best-known images of Rio de Janeiro during the 19th century. He will join a gallery of characters from the History of Brazil that will invade the soap opera, such as Prince Pierre D’ Orleans (1845-1919).

The boy will land in the “tropics” promised in marriage to Isabel (Any Maia/Giulia Gayoso), but will also catch the attention of Leopoldina (Melissa Nóbrega/Bruna Griphao). “I just hope that he has not inherited the depraved lust of grandfather Pedro 1º [Caio Castro]”, will need Teresa Cristina (Leticia Sabatella).

The Princess of the Two Sicilies, by the way, will be responsible for welcoming the protagonist played by Gabriela Medvedovski on Thursday. “Majesty, allow me to introduce myself: Maria do Pilar Cavalcante Mendes, the first doctor in Brazil!”, will celebrate the daughter of Eudoro (José Dumont).

Zayla (Heslaine Vieira) in the newsletter

What happens to Pilar in the second phase?

Pilar will return from the United States willing to give a second chance to Samuel (Michel Gomes), whom she unfairly accused of having a secret romance with Luísa (Mariana Ximenes). He even abandoned music to become one of the first black students to study Engineering at the General School, which is now part of the UFRJ (Federal University of Rio de Janeiro).

She, however, will be disappointed to find out that her ex-boyfriend is scheduled to marry Zayla (Alana Cabral/Heslaine Vieira). “And I, dumb, went to his graduation for that! When I get there, I see Zayla and him kissing. That plague did so much, since he was a child, that he did it”, complains the health professional.

Dolores’ sister (Júlia Freitas/Daphne Bozaski) will still need to deal with the harassment of Tonico (Alexandre Nero), who will not have given up on dragging her to the altar. The deputy will become the owner of the newspaper O Berro and will use it to destroy the reputation of his enemies. 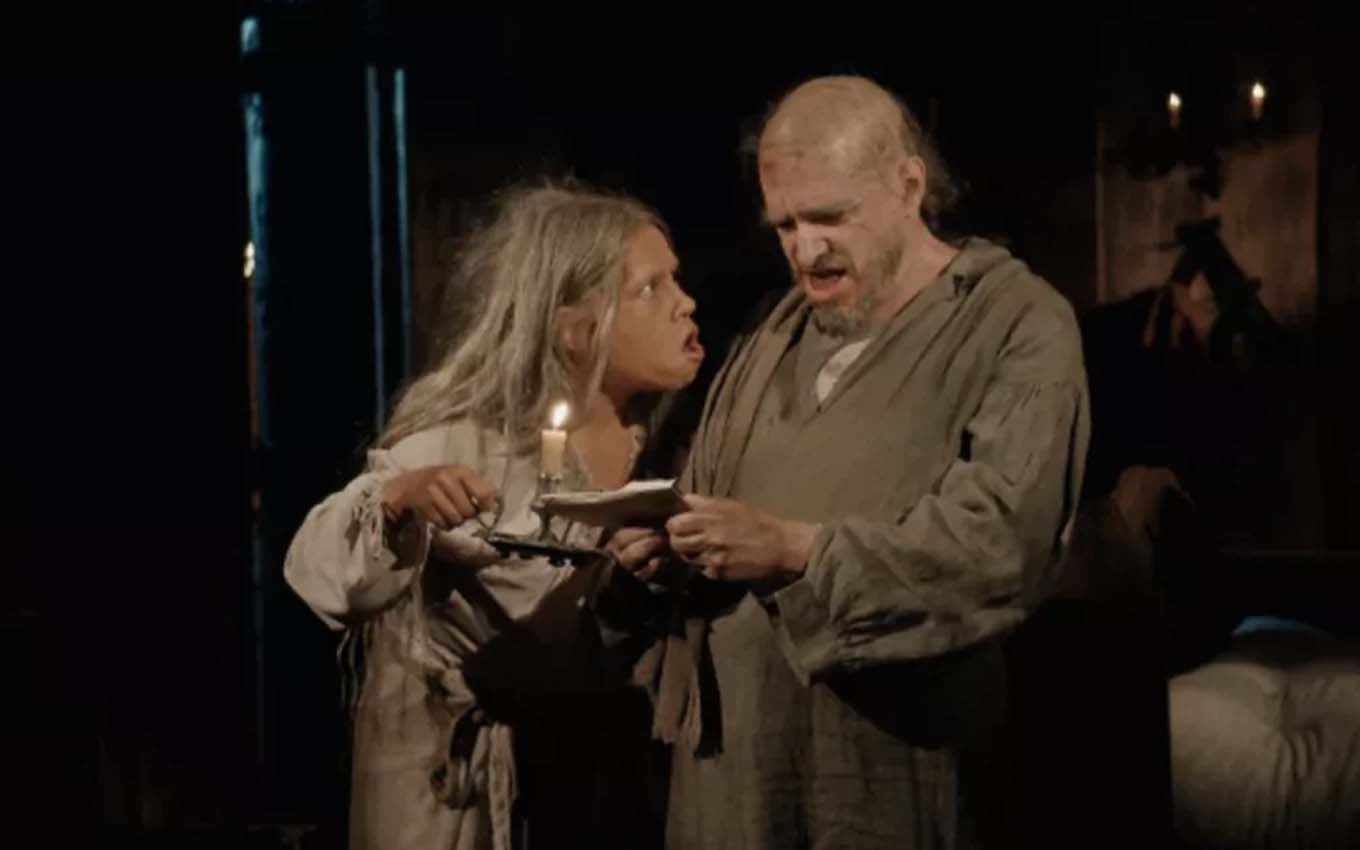 Germana and Licurgo in the six o’clock soap opera

How Germana and Licurgo die?

After stealing Teresa Cristina’s jewelry during a charity auction, Germana (Vivianne Pasmanter) and Licurgo (Guilherme Piva) will be run over by a train. Quinzinho (Augusto Madeira) will take advantage of the tragedy to save money and bury the rest of the two, reduced to mere pieces, in just one coffin.

The cheaters, however, will not give Clemência (Dani Barros) a rest. They will haunt the casino and even play as Alexandre (Guilherme Fontes) in A Viagem (1994). After all, they will be blamed for the antics of Hilário (Theo de Almeida Lopes) and Prisca (Maria Carolina Basílio).