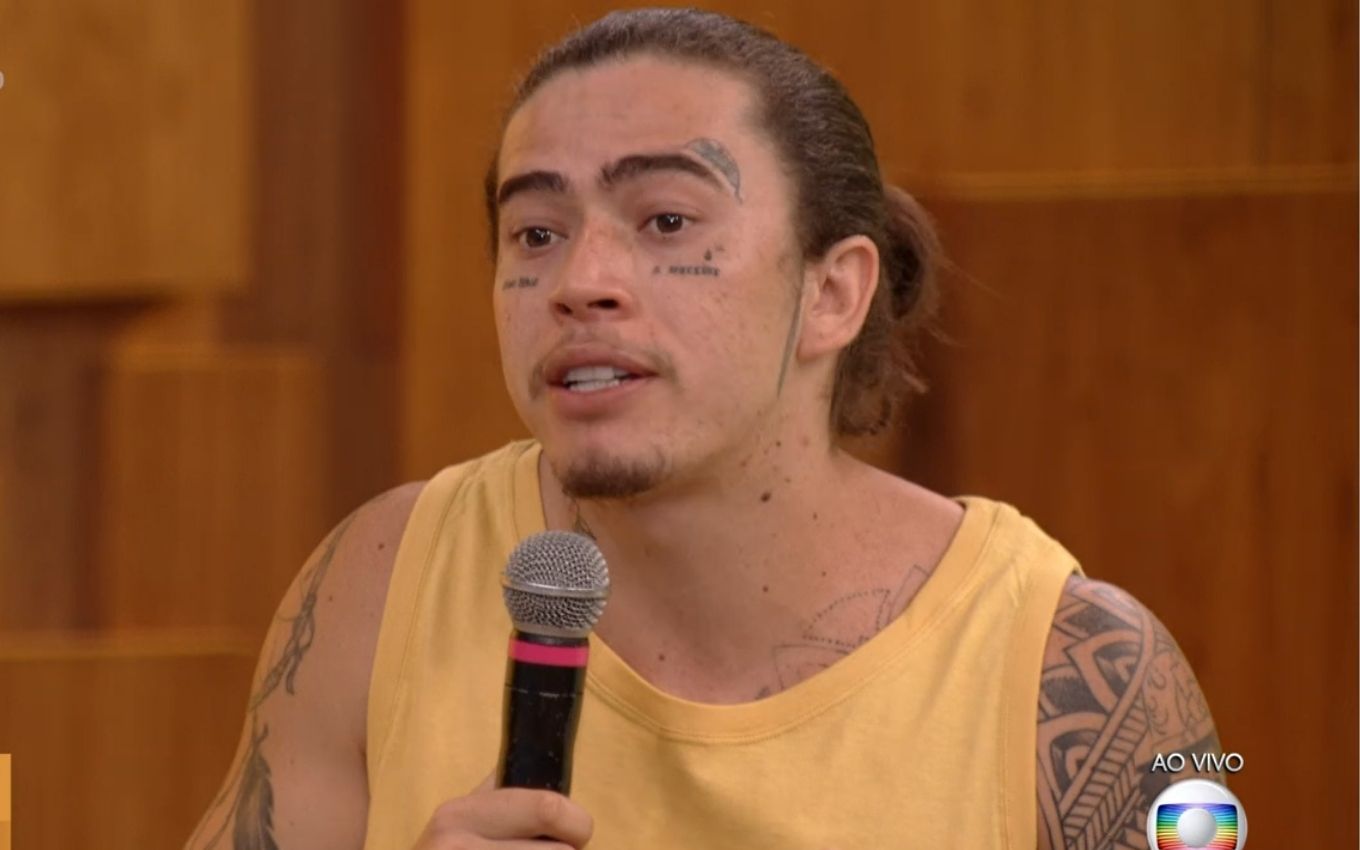 Whindersson Nunes came out in defense of Maria Lina Deggan, his ex-fiancée, in the Meeting with Fátima Bernardes this Thursday (9). The digital influencer asked people to have empathy for others and cited the model’s case. “When someone talks about Maria: ‘Maria was with him for this and that.’ It’s not just her they’re talking about. It affects father, mother and friends, who love and are around her,” he declared.

“There’s a whole lot around empathy, that people need to get back to understanding the real meaning”, he warned in an interview with Fátima Bernardes. “People think that empathy comes when everyone is detonating the person and you go there to pity them and that’s not it. Empathy is not just for the person. To empathize with someone is when you think of her mother, her father and on her son,” he continued.

Nunes went further in his speech and quoted Karol Conká, ex-participant of Big Brother Brasil 21 eliminated with 99.17% of public rejection. “When we say to have empathy with Karol, it is for before saying that she was that thing the people were saying, thinking about her mother, father and surroundings. It is not just one person who is affected by the arrest”, explained.

At the meeting, the comedian also spoke openly about his treatment for depression, diagnosed two years ago. In conversation with a person from the virtual audience, he debated the fact that many people consider the disease a “freshness”.

“[A doença] It makes you stop what you’re doing because you can’t understand what’s happening. All the time your head keeps asking, ‘What is this? Why that? I love living so much. I like so much to enjoy, to talk to people. Now don’t you want to see people?’ That is the problem. You can’t talk to people about it, because people don’t understand or think it’s cool. But when it hits us, we feel it,” he declared.

Nunes vented about the challenge for a person to fight the disease. “Several people could be going through this and you don’t know it. The smile is on their face. The person gets up at home, washes their face and says: ‘Let’s move on. Let’s work.’ comes home, the world falls apart again. There comes that lot of questioning and asking,” he lamented.

For the artist, people still don’t know how to deal with those who have been diagnosed with depression. “They start saying things you don’t want to hear: ‘You have everything.’ I know I have everything. That’s precisely why I’m in this situation. I have everything, my mom and dad love me, my sister thinks I’m the guy The coolest thing in the world, my friends who love me. Brazil loves me. And I’m like this? Why? Then you get even sadder. Do you understand?”, he blurted out.

In the end, Nunes highlighted the importance of medical treatment. “Don’t forget to have therapy in the middle of the week. At least once a week. To talk to someone else who is not in your circle and who won’t say things that will please you. The professional will tell you what the screw is. right to tighten. There’s a right screw and it’s the professional who’s going to talk,” he concluded.

Watch videos by Whindersson Nunes at the Meeting:

#Meeting in the air with the presence of the @whindersson! Come on, guys! 🧡 pic.twitter.com/JAiuGireD2