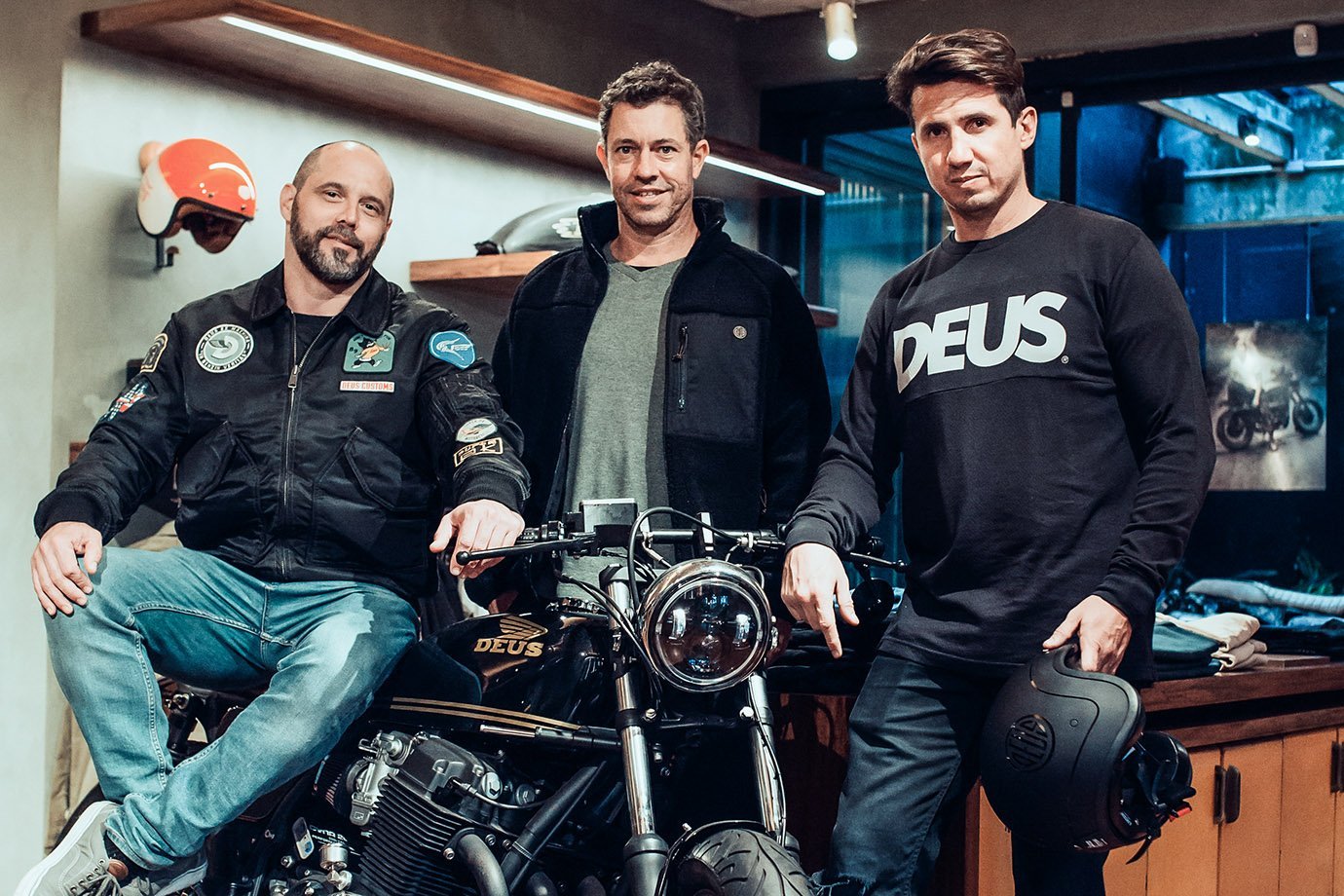 It may seem like a pretense for a brand to have a logo with the name God. And is. But it is with this veneration that a legion of fans treats Deus Ex Machina, the store of origin australian what a mix custom motorcycles, surf, fashion, gastronomy and art. So much so that the addresses are appropriately called temples.

The Brazilian faithful thanked the heavens when the Deus Ex Machina temple was inaugurated in São Paulo, without fanfare, in the beginning of September. The address is an old modernist house from the 1950s, in the Pinheiros district, completely renovated, now industrial style, with lots of concrete and rustic wood.

In the sect of Deus Ex Machina, the temple of São Paulo has a special highlight. This is the first licensing of the brand. All the other 11 centers belong to the group, based in Milan since a group of Italian businessmen bought 60% of the company. 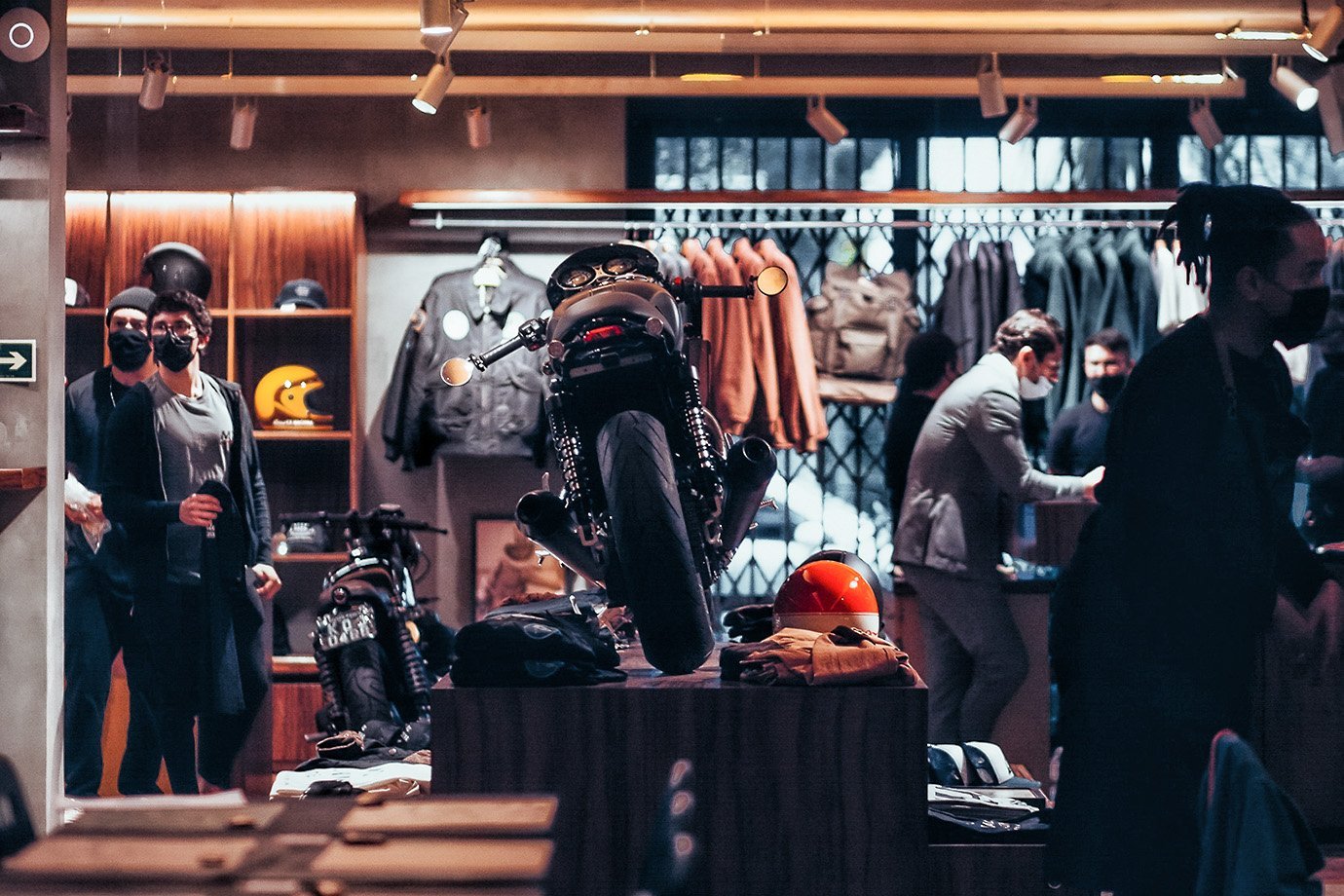 Deus Ex Machina is an expression of Greek origin that means “God arising from the machine”. It is also a feature of ancient theater that consisted of the descent onto the scene of a God whose mission was to provide an arbitrary solution to an impasse experienced by the characters.

In 2006, Australian Dare Jennings sold the 1990s iconic Mambo fashion brand and teamed up with designer Carby Tuckwell to found Deus Ex Machina. From the beginning, the idea was to be a lifestyle center that exalted creativity, culture and handmade.

From Sydney the brand went to Bali and soon its fame spread. Today the temples of God are in countries like Italy, Spain, Korea, France, Indonesia, South Africa and Japan. It is estimated that the group’s total revenue is around 30 million dollars a year.

It was not easy to bring the brand to Brazil – even more so with the pioneering licensing format. “Negotiations began in 2018. The idea was that we had opened before, but the pandemic postponed the opening”, says the designer and advertiser Cris Almeida.

He has three other partners in the project: engineer Gustavo Belloc, publicist Rodrigo Borges and chef Dário Costa. Together, they invested 6 million reais in the business. Under the agreement, they pay the matrix royalties for the sale of products, which range from 3% to 8%.

Conversations started with Jennings, the brand’s founder. “He told us that he always had many proposals, many surveys, but always with more limited actions. Or it was for a motorcycle customization workshop, or just for a clothing store”, says Cris Almeida.

The renovation of the house, the paintings on the walls and all the design part is up to you. The house where the store and restaurant are located is an original project by Oswaldo Bratke from the 1950s. Old sheet metal furniture in the kitchen was recovered, as was the parquet floor.

The huge garden gave way to the open-air restaurant and the kitchen in the back with a customized oven with the logo of Deus. Chef Dário Costa is known to those who follow gastronomy programs on TV. In 2016, he participated in MasterChef, in Band. In 2021, he won the Mestres do Sabor, on Globo.

In the kitchen of Deus Ex Machina’s restaurant, he mixes local and oriental influences. Everything has a smoky taste. Among the highlights on the menu are seafood spaghetti with pangratatto and bottarga (78 reais) and octopus on the barbecue with wood-roasted sweet potatoes and aioli (98 reais).

Who runs the gastronomic part, along with Dário Costa, is Rodrigo Borges. Graduated in advertising, he was a partner in several bars and restaurants, such as Blá Bar, Annex, L’Entrecôte de Paris and Temakeria e Cia.

Gustavo Belloc, despite being an engineer by training, had a career in fashion brands linked to sports, such as Volcom, Nike, Billabong and Quilksilver. He is responsible for managing the apparel segment.

Items such as neoprene-lined jackets, printed t-shirts, hand-painted helmets are scattered across the store’s shelves. Backpacks from the Scandinavian brand Fjällräven, a favorite of Generation Z, were also on sale.

Hats, no. They had run out.

The products were still all imported, but the first items made in Brazil and approved, of course, by the office in Italy are expected to arrive this month. “Producing here will allow us to produce parts according to customer demand and improve our margin,” says Belloc.

In common, the partners have a taste for good food, action sports such as surfing and skateboarding, riding a motorcycle. It’s not enough to sell lifestyle. It is necessary to practice it.

In the modernist house, a structure of metal beams had to be installed to support the weight of an open-air terrace, where a Heineken bar for events will function. On the second floor there is also a drinks bar with spirits by Pernod Ricard.

The partners are now chasing shoe and bicycle brands for new deals. Partnerships with brands have long contracts, from two to three years, and provide for face-to-face events as soon as the pandemic becomes possible. “The agreements help in our planning and accelerate the payback”, says Borges.

In the midst of the renovation works, two old vaults were found. One of them, larger, was customized with the Jack Daniel’s logo, Pernod whiskey. Another safe, this one on the wall, has been restored and should become a stock with a digital bank.

The motorcycles on display are from Triumph, including the Bonneville that David Beckham used on an expedition to the Amazon and which usually stays in the brand’s office in São Paulo. Beckham’s bike, of course, is not for sale – but soon Deus Ex Machina will have customized units with its blessed logo.