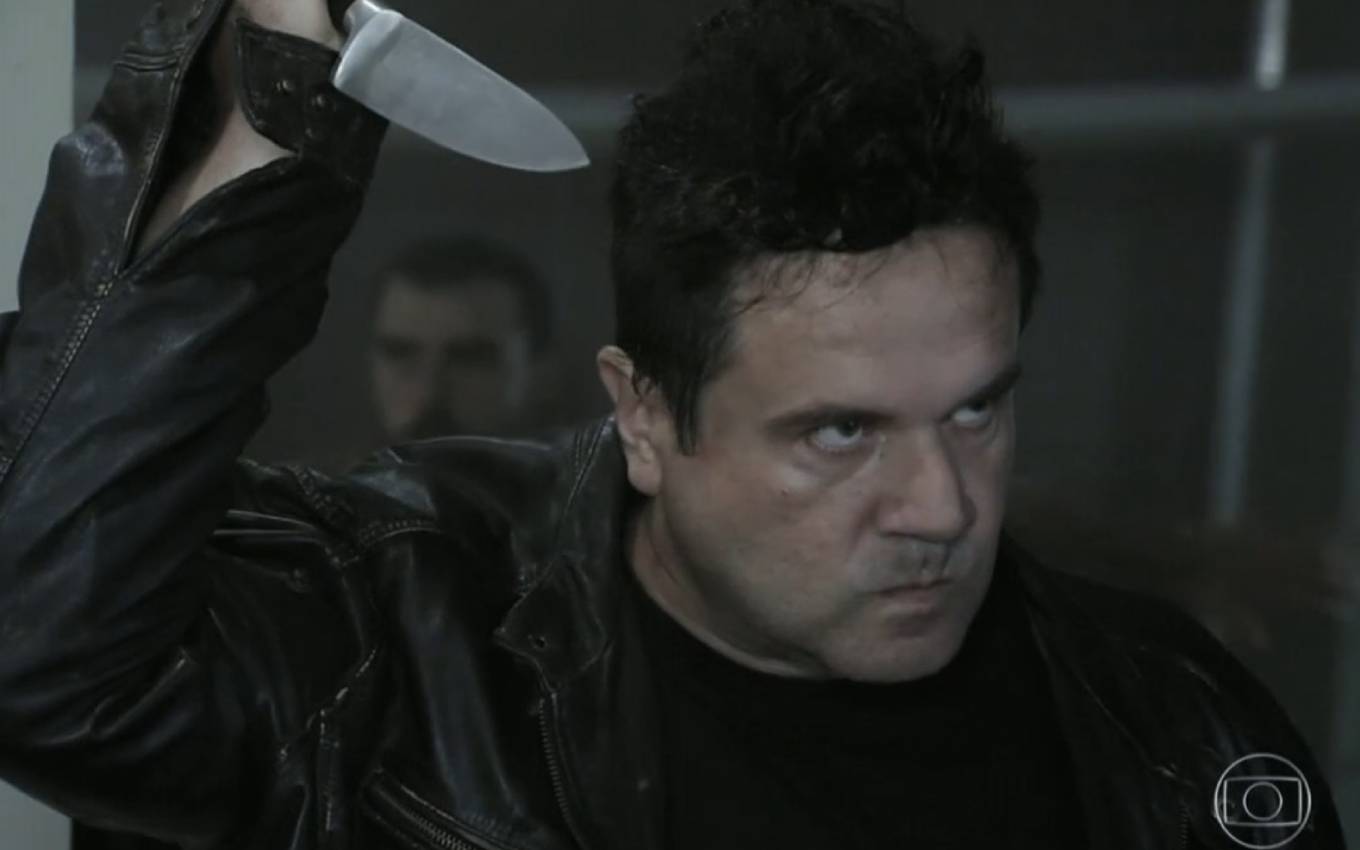 In Império, Felipe (Laércio Fonseca) has already shown that his obsession with Enrico (Joaquim Lopes) has no limits. The cook made the most absurd and even sent Claudio (José Mayer) to the hospital. To make matters worse, he’ll do even more madness and threaten to kill the ceremonialist’s son in Globo’s nine o’clock soap opera.

The character’s trajectory in Aguinaldo Silva’s plot began as a doormat for the homophobic. After losing his restaurant and seeing Vicente (Rafael Cardoso) become the “king” of the establishment, Enrico decided to take revenge on his rival. So he asked for help from Felipe, one of the local cooks, who helped him with a sabotage.

What the boy didn’t even suspect is that the employee had a hidden passion for him. Later, when Claudio managed to record a testimony by Felipe, in which he confessed his crimes, the cook admitted his feelings. “He [Enrico] he’s stupid with me, but who said I care about that?” the jerk fired.

At the height of his madness, the villain went after the son of Beatriz (Suzy Rêgo) at Manoel’s (Jackson Antunes) bar. Furious, he grabbed a barbecue skewer to attack Enrico, but Claudio threw himself forward and ended up wounded. This tragedy provoked a rapprochement between the homophobic son and his father.

Joaquim Lopes in a scene from Império

Felipe still hasn’t stopped doing evil things. In the next chapters, the psychopath will invade Enrico’s hotel room with a knife in his hand, and will threaten to kill the brunette if he doesn’t agree to have sex with him.

“You don’t understand yet that I can make you the happiest man in the world. You don’t know, but I know deep down inside, you’re like his daddy. Like the same fruit. And you’ll have to prove it now,” the maniac will fire.

However, he will do badly, will be disarmed and will end the soap opera behind bars. The plot is nearing completion. On November 8, the rerun will be replaced by the unprecedented Um Lugar ao Sol, which was postponed to premiere in the second half of this year due to the pandemic.

In addition to the spoilers, the TV news It publishes daily the summary of the nine soap operas that the network reruns.