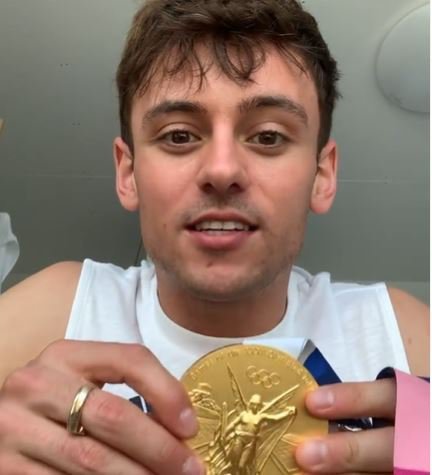 Follow the trajectory of athletes olympians is part of the routine of Brazilians during the championship. More than just cheering, more and more people want to know the reality that escapes the competition itself, looking for hobbies or moments of relaxation for the athletes. In this sense, a British athlete drew attention last week: Tom Daley, gold medalist in diving, who appeared knitting while watching other competitions in Japan.

What do successful entrepreneurs have in common? Innovation will be the key to 2021. Stay on top of our exclusive course

The hobby is certainly not something new — and there’s even an instagram just to show ‘fashionist knitting’ creations. It’s @madewithlovebytomdaley, which already has more than 800,000 followers and in which he displays everything from coats to dog clothes and small bags — like the one he made to keep this year’s gold medal.

“Knitting is my way of finding calm and focus. I’m obsessed with it,” said the athlete to the official Tokyo Olympics profile.

So far, the activity has helped. Before gold in 2021, Daley had won bronze at the 2012 and 2016 Olympics. In the 10-metre platform jump competition, he took first place in 2021 along with his colleague, Matty Lee. was the youngest to participate in the Games in 2008, the year he debuted in the Olympics.

Between one competition and another, the athlete went through difficult moments in his personal life: in 2011, a few days after turning 17, he lost his father to brain cancer. In addition, bullying in high school already affected the young athlete, who suffered a kind of psychological breakdown before diving.

He also faced some commotion in 2013 when he publicized that he is part of the LGBT community — a time when few British athletes made that kind of statement, as The Guardian claims.

After overcoming these difficulties, the athlete now seems to find some comfort. He is married to film director Dustin Lance Black, who won the Oscar for the film Milk, a biography of LGBT rights activist Harvey Milk, and they both announced in 2018 the birth of their son, Robbie.