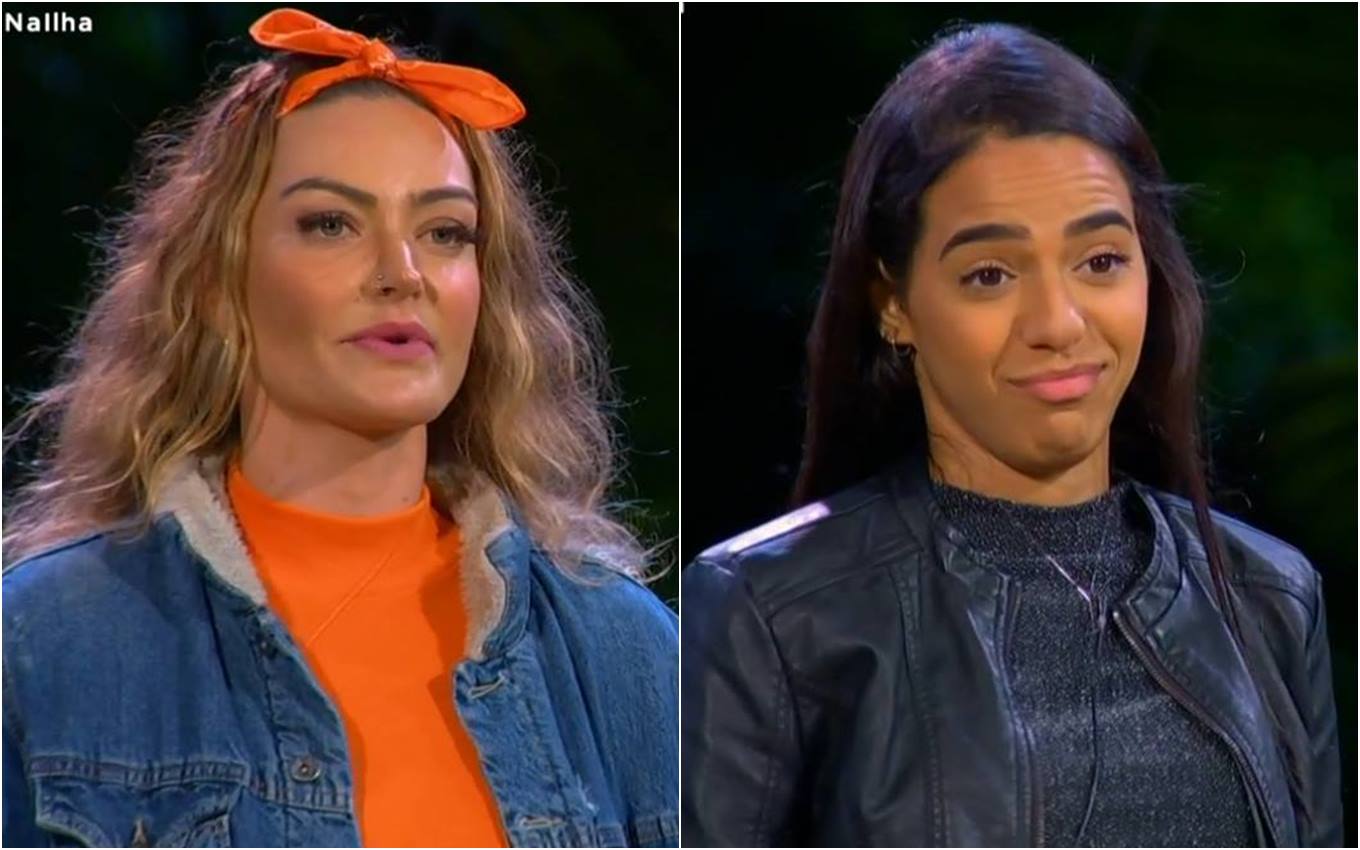 Laura Keller and Mirella Santos were chosen by opponents for the Ilha Record Survival Challenge this week. This Wednesday night (1st), the actress was nominated by the commander, and the dancer by the general vote. One of them will go to the Cave of Exile. Who do you want eliminated? Vote in the poll at the end of the text.

Commander of the week, Pyong Lee chose not to nominate Dinei for the Survival Challenge because she was injured in the last test, and put Laura Keller in the hot seat, claiming the actress is one of her strongest opponents.

Before the voting round began, the Guardian appeared in the arena and handed Sabrina Sato the decision of those eliminated from the Cave of Exile: to give Valesca Popozuda the power of double voting. As a result, Pyong’s plans were thwarted.

Laura Keller and Valesca quickly looked at each other in the arena and agreed to vote for Nadja Pessoa, but the Power Couple Brasil 1 champion changed at the last minute and put her stone in Pyong’s box.

Any Borges, Dinei and Mirella, for having been defeated in the competition, could only vote among themselves. Laura, Nadja, Pyong and Valesca had the option to vote for anyone in the game. But since the actress chose to vote for the hypnotist, she missed the chance to change the course of history this week.

Who voted for whom?